The difficult situation of the Belarusian opposition after last year’s presidential elections and the lack of trust in the regime among Belarusian society were discussed in an interview with the Warsaw Institute’s expert Jakub Lachert for Poland In. 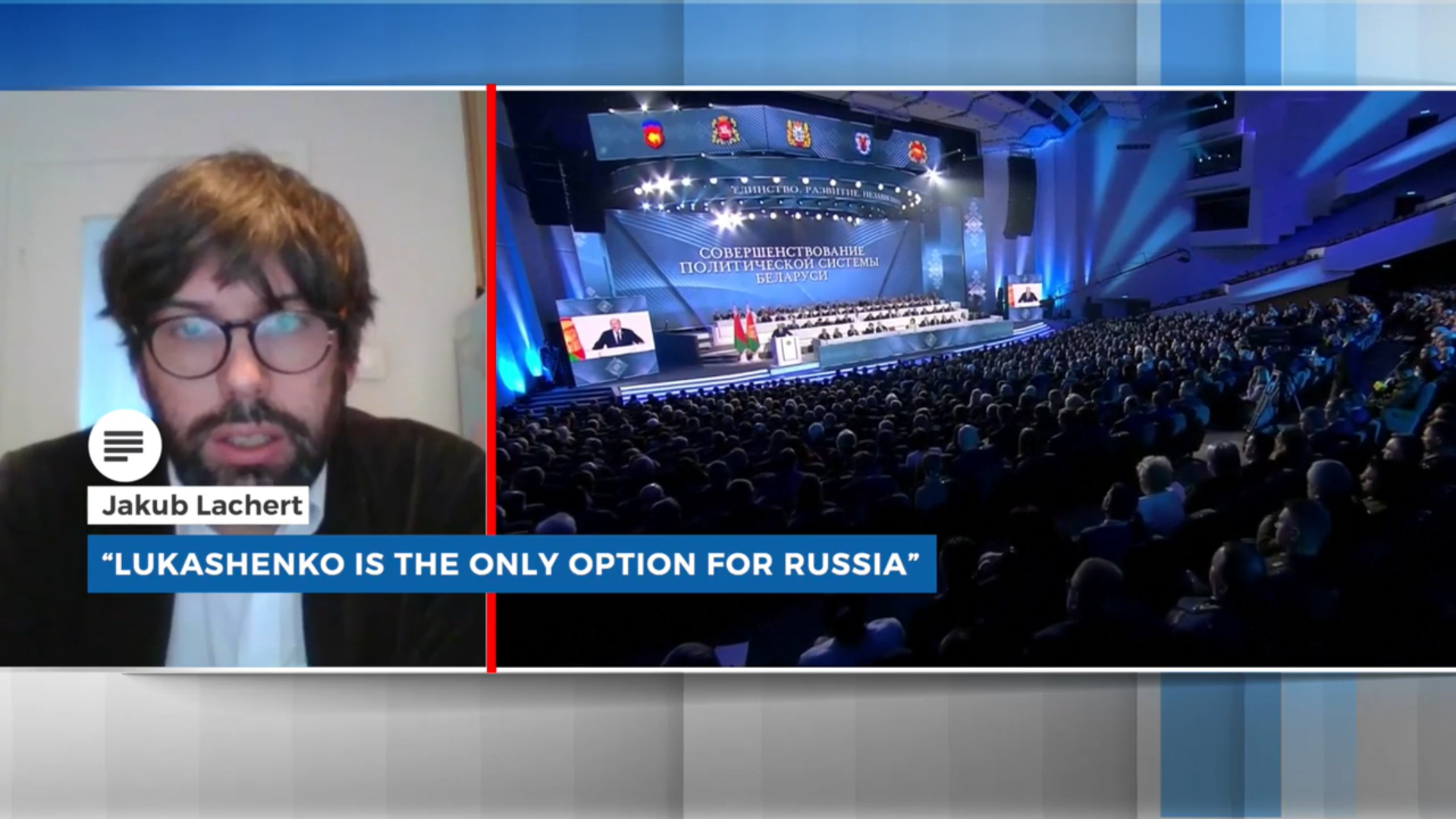 Lukashenko, as emphasized by Jakub Lachert, can only count on the loyalty of the apparatus of repression which is tight linked with his authoritarian regime. Our expert emphasizes that any Ukrainian style revolution couldn’t happen in Belarus mainly because the fact that in this country there is no political or economic power which could replace Lukashenko. In case of Ukraine the opposition has been supported by oligarchs who could act independently from Kuchma or Yanukovych regime in the past.

Keeping Lukashenka’s regime in power depends largely on Russia’s position. Currently, the political unrest in Russia is related to the situation in Belarus. It seems that Russia will condition its support for Lukashenka on maintaining stability in the country.

The conclusion of the conversation has tackled the necessity of proactive role of the European Union which should build the zone of safety on its borders.