Warsaw Institute’s President’s speech for the Poland In program

The last NATO summit in Brussels and the Alliance’s defense strategy against disinformation and hybrid threats were the subject of the speech by the President of the Warsaw Institute Foundation, Tomasz Kijewski, in the World News Guest program broadcasted by the English-language public television Poland In. 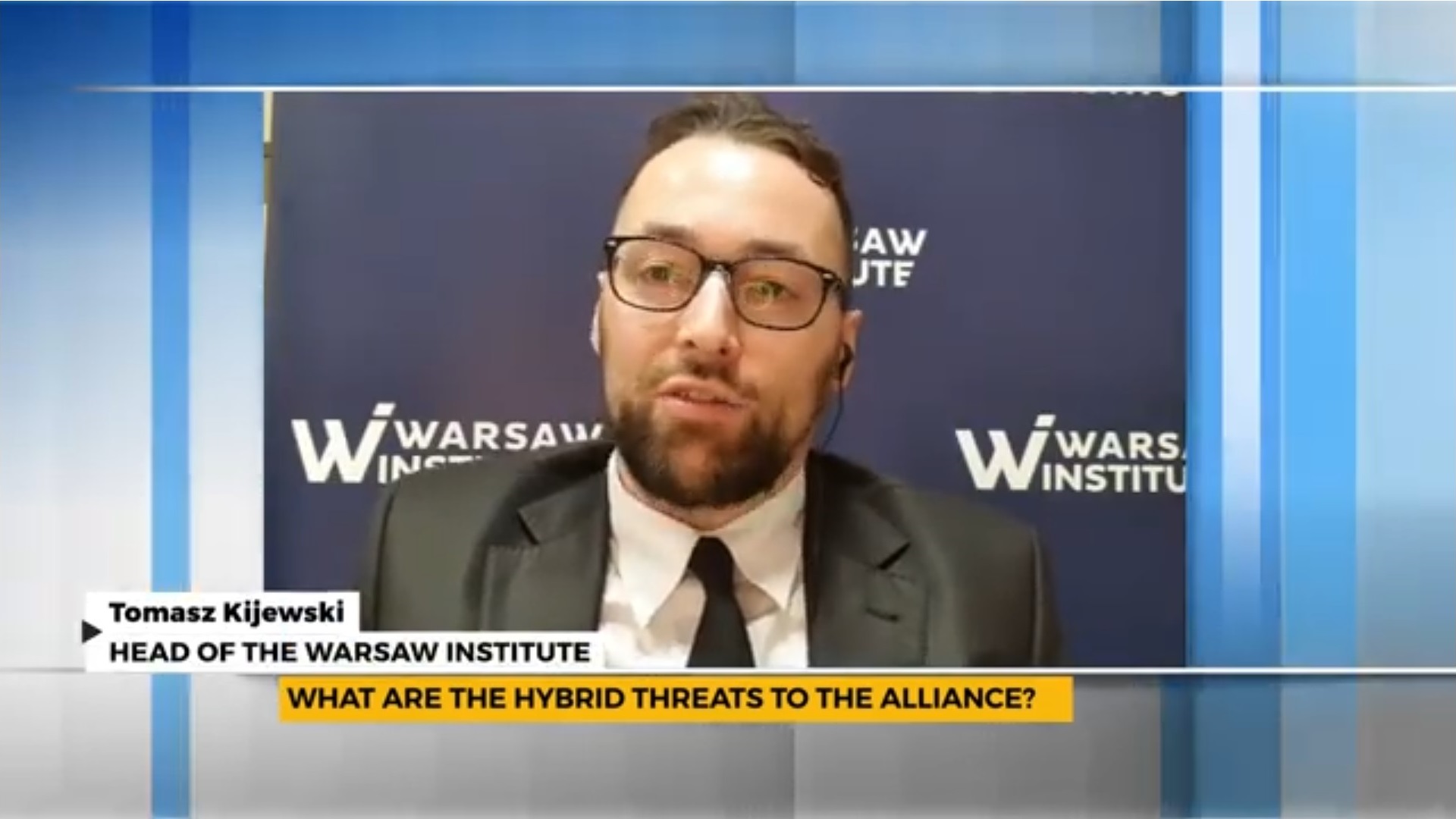 During his speech, he emphasised that, in recent years, hybrid warfare has constituted a particular challenge for the NATO. Hybrid threats – including those in the energy sector – have the potential to disrupt NATO’s political and military cohesion. Energy security has become a key strategic factor in military thinking. Hybrid actions are directed against the energy resources of NATO member states. Cyberattacks on energy infrastructure have affected many NATO members, including Poland, Turkey, Great Britain, and the United States. NATO’s Science and Technology Board authorised the creation of a research task group to focus on energy security in times of hybrid war. The Alliance has directed over 80 researchers to analyse the hybrid threats to the energy sectors of its members.

The Warsaw Institute actively participates in international projects and discussions on counteracting the evolving threats in the area of the Euro-Atlantic community, especially on NATO’s eastern flank (e.g. the Bucharest Security Conference co-financed by the NATO Headquarters).