On July 19, 2021, the International Conference in Batumi was held, with participation of the president of Georgia Salome Zourabichvili, Georgian prime minister Irakli Garibashvili, the president of Ukraine Volodymyr Zelensky, the president of Moldova Maia Sandu and Charles Michel, President of the European Council. One of the key speakers was also the president of the Warsaw Institute Tomasz Kijewski, who travelled to Batumi, Georgia to participate in the conference organized by Geogria’s Ministry of Foreign Affaires. On the margin of the conference Warsaw Institute’s representative arranged also several meetings on cooperation with governmental and non-governmental institutions and other stakeholders (President of Ukraine, Indrek Kannik former Estonia’s Minister of Defence, Tomas Petricek former Minister of the Czech Republic, members of parliament of Georgia, office of President of Moldova, think tanks and Georgian media). 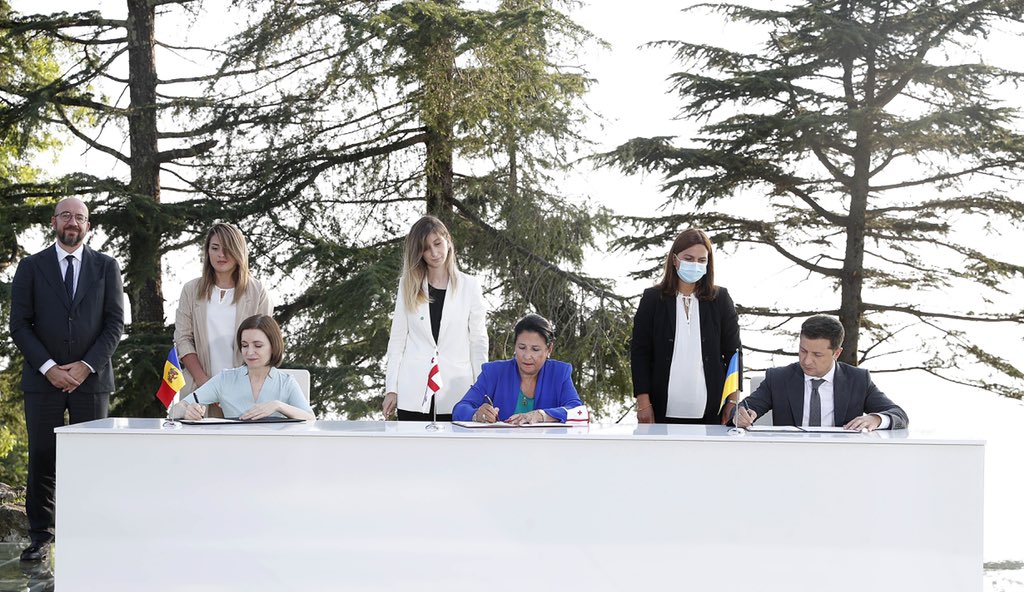 Summary of the speech of the president of the Warsaw Institute, Tomasz Kijewski:
• Georgia has been part of European culture for centuries, and no one has the right to influence the process of Tbilisi’s integration with the EU and NATO structures.
• Poland invariably supports sovereign and territorially integral Georgia. And is one of the most vocal advocates of Georgia’s Euro-Atlantic aspirations.
• As Poland followed a similar path three decades ago, it is natural Warsaw is ready to share its experience with our Eastern Partnership friends – especially Georgia, Moldova and Ukraine – in implementing reforms and moving closer to the EU and NATO. And it does. 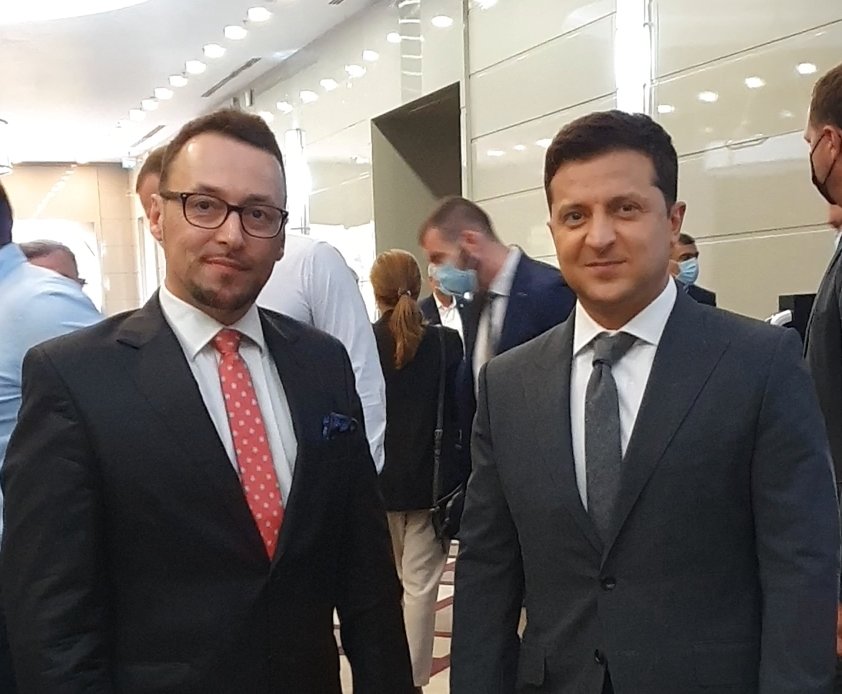 Recent visit of the President of the Republic of Poland, Mr. Andrzej Duda to Georgia, which took place on the occasion of the celebration of the 30th  anniversary of regaining independence by Tbilisi (May 26-27 this year).

The President of Poland was the only foreign head of state invited to these ceremonies, so it clearly shows Georgia’s attitude towards Poland, but also the esteem that Poland enjoys in Georgia. During his visit to Georgia, President Duda was visiting the border between Georgia and the Tskhinvali district (the so-called ABL – Administrative Boundary Lines). This is important in the context of Poland’s chairmanship of the OSCE in 2022. The situation in the occupied territories of Georgia will certainly be high on the agenda of the Polish presidency in the work of the OSCE.

Poland strives at the EU and NATO forum to present a more specific offer and the so-called A road map for Georgia. He consistently advocates the continuation of the “open door” policy in the context of the NATO 2030 process. It was also discussed at the last NATO Summit in Brussels on June 14 this year.

“Should the new transatlantic agenda include the democratic development of those Eastern European nations outside the EU and NATO? “

The answer to the question posed is definitely “yes”! The more democracy, the better for both the country and stability in Europe. The more democracy, the less authoritarian, aggressive and corruptive influence the enemies of Euro-Atlantic integration have. Thus, both the Eastern Partnership countries, as well as the EU and NATO, will benefit from the development of democracy, as this will strengthen and increase the zone of peace, security and freedom. A democratic state, of course, also means greater economic development and an increase in the prosperity of the population. The goal should be to build a zone of democracy and freedom in Eastern Europe – even if it is outside the EU / NATO.

Support for democracy is obviously a good direction, but one should bear in mind regional and local conditions. The worst that can happen is the dogmatic approach in this matter. Dogmatic, that is, pressure not only on the development of democracy as a political system, but also on imposing certain cultural standards typical of the part of the West. This could risk the opposite of the expected result. Russia is using this situation and talks about the rotten West and the fact that only Moscow can be an effective defender of traditional values. 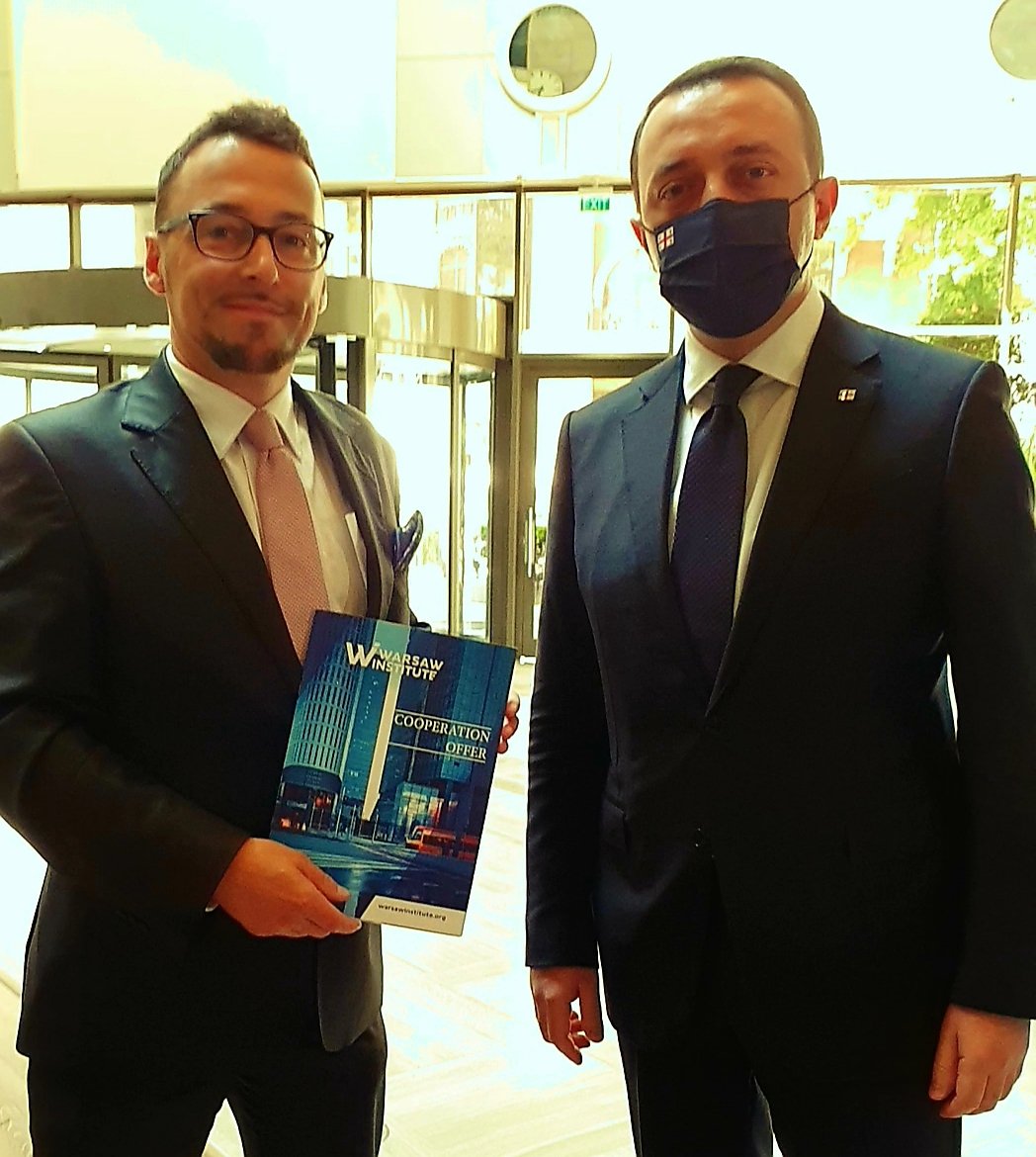 SOURCE: PRESIDENT OF THE WARSAW INSTITUTE TOMASZ KIJEWSKI WITH PRIME MINISTER OF THE GEORGIA IRAKLI GARIBASHVILI

Of course, a mature and real democratic system is a sine qua non condition for being in NATO and the EU, but these issues should be approached more carefully. The West should then not act as a mentor and impose its detailed rules on Eastern European nations. One cannot expect Ukrainians or Georgians to copy solutions or even French or American views on democracy and freedom without offering them NATO and / or EU membership in return. Nevertheless, the EU and NATO are perceived as the goal pursued, and membership in these structures in the east of Europe is seen as a guarantee of security and a sense of belonging to the elite club of democracy, freedom and security.