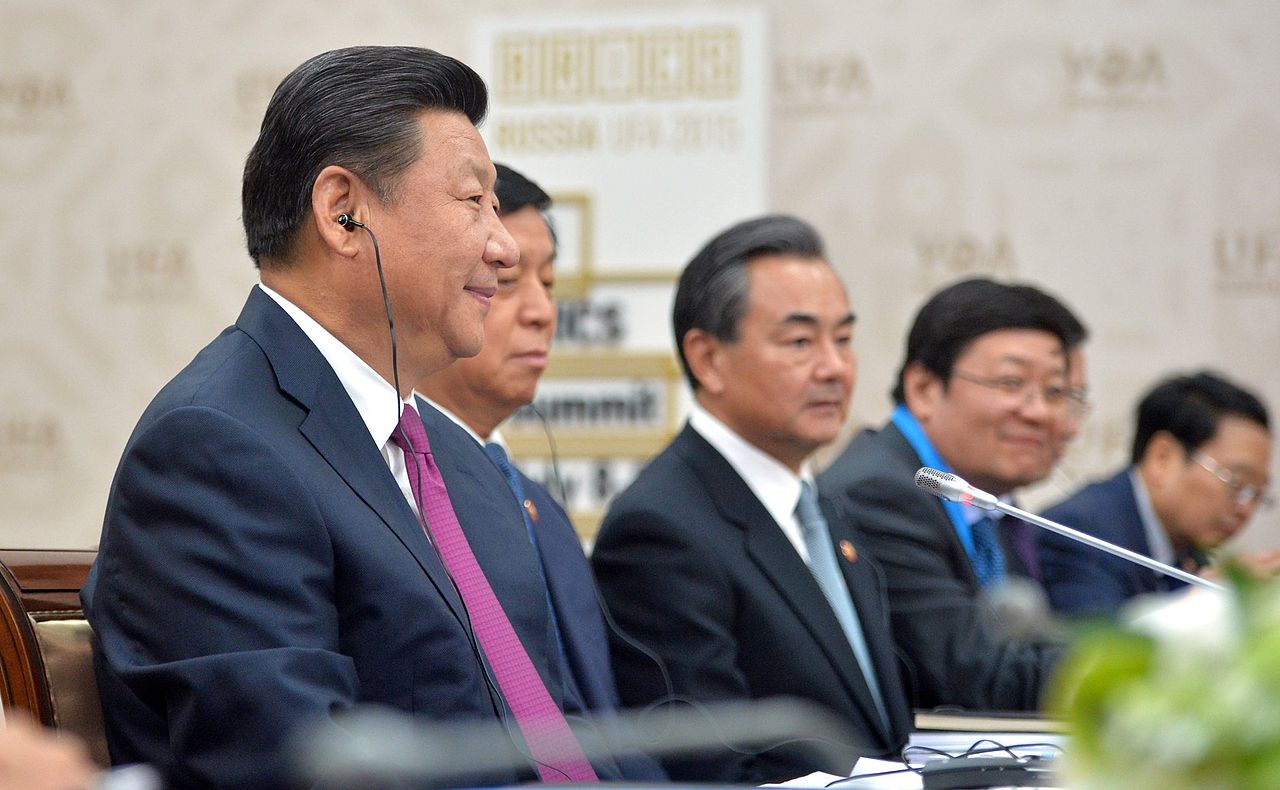 As the world stands in front of the new Cold War, Xi Jinping has been aware that he has much to lose if this scenario will be enforced[1]. That’s why he advocates against the “Cold War mentality”[2].

The ongoing war in Ukraine will show the world whether confessions of both leaders are legitimate, or these relations are rather transactional. Last week, we could observe China abstaining from a UN Security Council vote that condemned the invasion of Ukraine. Despite that some experts were expecting China to vote against the motion along with Russia, China has shown a sign of its “non-interference”[3]. Going further, on March 1st, in his phone call to his Ukrainian counterpart, Dmytro Kuleba, China’s foreign minister, Wang Yi has said that “Beijing ‘laments’ the outbreak of the conflict and is “extremely concerned” about the harm to civilians[4].” What’s more, Wang has signalled willingness to mediate in the war between Ukraine and Russia. These signals sent by Beijing are showing that China is trying to find a balance between supporting Russia as well as they try not to burn all the bridges with the rest of the world[5].

The Chinese government has been well aware of the potential consequences that would come if China would openly support Russia’s invasion. Wealthy democracies, such as the European Union, the United States, and Japan are its main trading partners. That’s why, if China would side with Russia, the damage for Chinese economy would be too serious[6].

It is also worth posing the question of whether China’s economic relationship with Russia makes Western sanctions ineffective. According to experts from the Council on Foreign Relations, “it is unlikely that China immediately offers aid to Russia, but it could easily become the long-term buyer of gas and other resources that Russia can’t sell to Western countries[7].” It is reasonable to think of it only from the long-term perspective. It takes long years to build the required infrastructure, as well as massive funding.

The parallels between China and Russia’s expansionist agendas and their similar territorial interests are also causing concerns about Taiwan. Amid the crisis in Ukraine, numerous threats sent by Beijing that it will achieve “reunification” by force if necessary with Taiwan, makes this frightening possibility of China invading the island more real. For some Chinese experts, such as Ming Jinwei from the state-run Xinhua news agency, it’s “in China’s interests to support Russia from afar in the Ukraine crisis, as Beijing will need Moscow’s support to assert dominance over Taiwan[8].” As the situation in Ukraine has been worsening, the US has sent its officials to Taiwan on March 1st intending to reassure the security of the island. Although the possibility of a Chinese attack on Taiwan has not been, at the moment that dangerous, according to Michael Schuman from The Atlantic, Xi Jinping “will be watching to see how much pain and cost the U.S. and its allies can and will inflict on Russia. (…) Putin’s assault on Ukraine is a test for all these many tools[9].”

As the tensions in Ukraine are arising, it’s relevant to think of the possibility of cooperation between the US and China in response to the invasion. Ian Johnson and Kathy Huang from the CFR write that “there is little hope of this happening because ties between Washington and Beijing remain too frayed by recent developments. The current situation will likely persist, with Beijing taking potshots from the side while other countries try to save Ukraine’s autonomy[10].”

Meanwhile, while the whole world has been criticizing the assault on Ukraine, Chinese netizens are in majority “pro-Russia, pro-war, and pro-Putin[11].” Chinese users of the internet  called President of Russia among many, “Putin the Great”, or “the greatest strategist of this century”. It can also be observed that most Chinese users of the internet are exemplifying strong pro-war sentiments and a highly nationalistic attitude.

At the end, Xi Jinping has to face some major decisions on how to deal with the ongoing war in Ukraine, and how to find a balance for his country in terms of relationships with Russia and the rest of the world. Also, he has also the power to decide about the further shape of the current world order, and the Russian invasion of Ukraine could be just one stage in the possible campaign to destroy it. It seems that if Chinese netizens would have to decide, China would be already at the war with Taiwan and the rest of the world[12].

[6] Johnson, I. and Huang, K., 2022. Why China Is Struggling to Deal With Russia’s War in Ukraine. [online] Council on Foreign Relations. Available at: <https://www.cfr.org/in-brief/china-russia-war-ukraine-taiwan-putin-xi> [Accessed 2 March 2022].

[9] Schuman, M., 2022. Is Taiwan Next?. [online] The Atlantic. Available at: <https://www.theatlantic.com/international/archive/2022/02/vladimir-putin-ukraine-taiwan/622907/?utm_source=newsletter&utm_medium=email&utm_campaign=newsletter_axioschina&stream=china&fbclid=IwAR2FeX2HmZ6XNlrnkPI4_exVYH5ShU8seUT79p2EkINhkUvRmqaHNDaFEdk> [Accessed 2 March 2022].

[10] Johnson, I. and Huang, K., 2022. Why China Is Struggling to Deal With Russia’s War in Ukraine. [online] Council on Foreign Relations. Available at: <https://www.cfr.org/in-brief/china-russia-war-ukraine-taiwan-putin-xi> [Accessed 2 March 2022].