On October 27-29, the Minister of Foreign Affairs of the People’s Republic of China (PRC), Wang Yi, visited four European countries: Italy, Greece, Albania and Serbia . His visit to the Old Continent was preceded by a meeting with representatives of the Taliban government in Qatar. 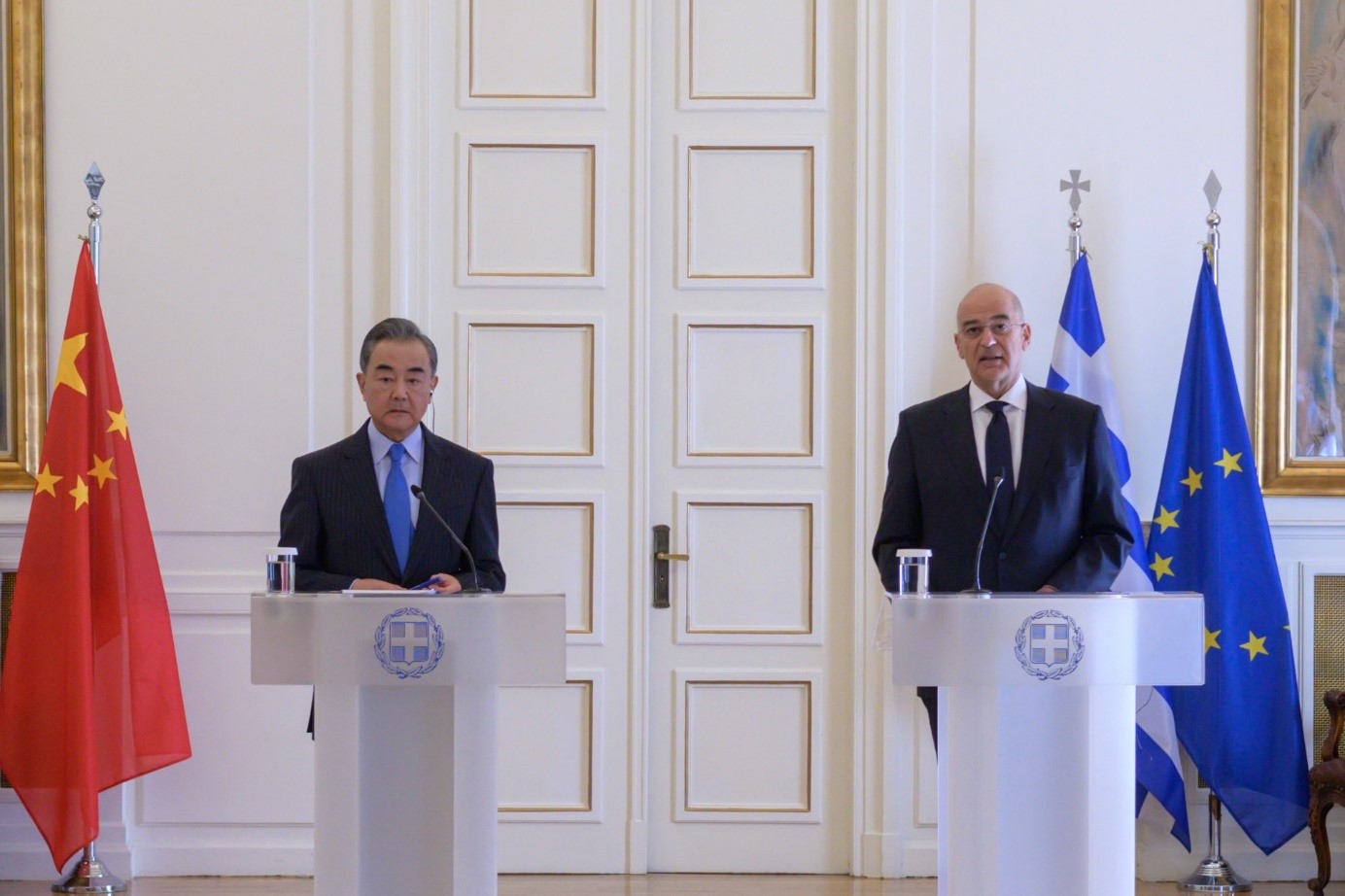 The choice of these four countries as the destinations of Minister Wang’s visit to Europe is no coincidence. At a press conference of the PRC Ministry of Foreign Affairs, spokesman Wang Wenbin explained that “Greece, Serbia, Albania and Italy are important cooperation partners of China in Europe. China and these four countries boast profound traditional friendship, have close cooperation across the board and share fruitful outcomes in BRI [Belt and Road Initiative] cooperation. This visit to the four countries by State Councilor and Foreign Minister Wang Yi fully demonstrates China’s willingness to consolidate bilateral friendship, deepen China-CEEC [Cooperation between China and Eastern European Countries, also known as 16/17+1] cooperation, and promote the healthy and steady development of the relations between China and the European side.” [1]

The first stop on the Chinese minister’s tour was Athens, where he met Greek Prime Minister Kyriakos Mitsotakis and Greek Minister of Foreign Affairs Nikos Dendias[2][3]. Issues discussed during the meeting included the upcoming Winter Olympics in Beijing, increasing ties between Europe and China, and the dialogue between Western and Chinese civilizations. As Minister Wang stated, “the politicization of sport distorts the purpose of the Olympics and we should all oppose it.” [4] This is in response to the European Parliament’s resolution in July this year calling “to decline invitations for government representatives and diplomats to attend the Beijing 2022 Winter Olympics unless the Chinese Government demonstrates a verifiable improvement in the human rights situation in Hong Kong, the Xinjiang Uyghur Region, Tibet, Inner Mongolia and elsewhere in China.” [5] The Chinese government is keen to avoid such an image failure. In a similar non-confrontational tone, talks were maintained to “deepen the alignment of the Belt and Road Initiative with ‘A Globally Connected Europe’ strategy of the European Union, enhance the level of Asia-EU connectivity, stimulate the growth potential of both China and Europe, and fuel the global economic recovery”[6]. Although the new European Union strategy is not explicitly named as a response to China’s Belt and Road Initiative, high-ranking officials involved in its creation confirm that it is an expression of European dissatisfaction with Chinese economic and political practices[7]. Finally, Minister Wang announced that “China hopes to work with Europe to promote dialogue among civilizations.” [8] The references to hundreds of years of dialogue and mutual respect for differences are a reference to the Sino-European conflict on human rights, which has intensified over the past year and resulted, inter alia, in mutual exchanges of sanctions[9].

Following his visit to Athens, Wang Yi met with Serbian President Aleksandar Vučić, Prime Minister Ana Brnabič, Minister of Foreign Affairs Nikola Selakovic[10] and President of the National Assembly Ivica Dačić. Communiqués issued after these talks abound with the typical recent pandemic-related rhetorical figures about how “since the onset of COVID-19, China and Serbia have firmly stood side by side” [11], and „China-Serbia ‘iron-clad friendship’ has been recognized and supported by the 1.4 billion Chinese people”[12][13]. A similar tone was maintained during the visits to Albania (with President Ilir Meta[14], Minister for Europe and Foreign Affairs Olta Xhaçka[15] and Prime Minister Edi Rama[16]) and Italy (with Prime Minister Mario Draghi[17] Minister of Foreign Affairs and International Cooperation Luigi Di Maio[18]). Thus, the meetings were rather courteous and did not contain a message as clear as in the case of the visit to Greece. As Greece, Serbia and Albania are members of the 17+1 format, and Italy is the first G-7 member to engage in the Belt and Road Initiative[19], these directions were chosen as safe, without the risk of controversy and misunderstanding related to the increasingly negative perception of PRC policy in Europe[20].