August 30, 2021, when the last US Air Force aircraft took off from Kabul airport, marked the end of the nearly two-decade-long US intervention in Afghanistan. 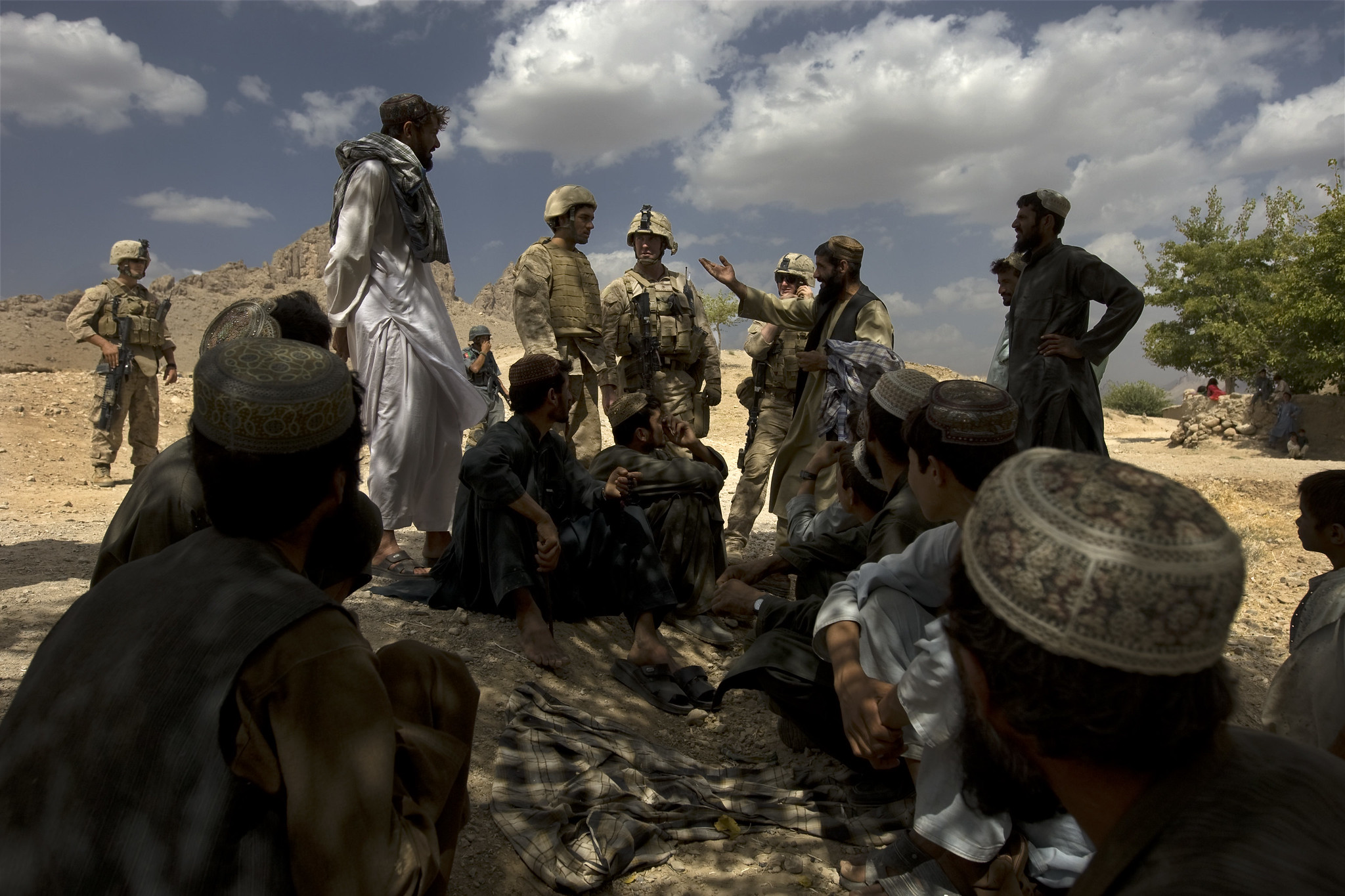 The mission in Afghanistan was one of the major issues that Joe Biden had to deal with after becoming the US President. His predecessor, Donald Trump, had previously negotiated a deal with the Taliban, an Afghan fundamentalist Islamic group, in which they pledged to cut ties with terrorist organizations, particularly al-Qaeda, and guaranteed no support for attacks against the US and its allies. They also assured about the effort to reach an agreement with the US backed democratic government. In return, America presented a timetable for the withdrawal of the US and NATO troops, which would eventually lead to a departure from the country. Above all, Trump wanted to maintain peace while ending the “endless” war. Such a resolution of the Afghan issue was to benefit both the United States and its allies, spending billions to maintain military bases on another continent, as well as the Taliban, who would thus gain wider international recognition and greater influence over the country’s future fate. Moreover, Trump hoped that this move would bring him victory in the then upcoming presidential election, which did not happen.

After Biden’s presidential victory, experts predicted that the Democrat would want to cancel the decisions of his predecessor, because a chaotic withdrawal of US troops could contribute to destabilizing the situation in the region. It is worth recalling that the US mission in Afghanistan began in October 2001, shortly after the 9/11 attacks in New York City and Washington, D.C. This was due to the assistance that the Taliban, in power at the time, were giving to terrorist organizations, such as al-Qaeda, responsible for these tragic attacks. One of the “successes” of the American intervention was the overthrow of the Taliban rule and the killing of al-Qaeda leaders. Contrary to expectations, however, Biden assessed that the objectives of the military intervention in Afghanistan had been achieved. Moreover, in his opinion, the prolonged military presence no longer guaranteed peace in the region.

As a result, on April 14, 2021, Joe Biden announced the end of the intervention and the withdrawal of all, i.e., about 3,500, troops stationed in Afghanistan, setting the deadline as September 11, 2021, the 20th anniversary of the attacks on the World Trade Center in New York City. These sudden decisions forced similar actions to be undertaken by the NATO countries participating in the mission. As a result, thousands of servicemen, diplomats, and their families had to leave the country in a short period of time. The evacuation did not end until late August, but the Taliban took military action as soon as the Americans left their bases. Although a long civil war or even a partition of the country was expected, the situation clarified in about a week. Back in July, the US president argued that the Afghan army was as well-equipped as any other army in the world, allowing the US-backed government to maintain its authority. However, reality has shown otherwise. The isolated government forces failed to fight against the Taliban, in effect surrendering city after city and eventually the entire country.

The return of the Taliban, an Islamic fundamentalist organization, indicates the collapse of democracy and the return of the regime based on sharia, associated with the loss of civil rights, especially the women’s rights (as could be observed during the recent protests in Kabul, the capital of Afghanistan). Moreover, this situation raises concerns about the potential increase in the number of terrorist attacks in the world. Especially since the Americans left military equipment worth, according to experts, about 85 billion dollars, when abandoning their military bases. It is an equivalent of nearly four times the annual budget of the Polish Ministry of Defense. Consequently, a huge number of weapons, aircraft, helicopters, off-road vehicles, and drones were acquired by the Taliban. While some of the equipment would not be used by them since they are not familiar with the American technology, there are legitimate concerns that some of the seized weapons could be sold on the black market.

These fears seem to be confirmed by a military parade, which recently took place in Kandahar, Afghanistan’s second largest city, where the Taliban originated. The new “acquisitions,” such as HMMWVs and UH-60 Black Hawk helicopters, were presented during the cavalcade.

Joe Biden summed up the end of the intervention in Afghanistan by stating that “the era of great American military interventions aimed at building states and democracies is over.” At the same time, he pointed out that the United States is now facing challenges on multiple fronts, such as Russia or China, and cannot afford to be stuck in Afghanistan for years to come. Moreover, he pointed out that the trillions of dollars spent on this mission could be better allocated and support the country’s growth. The president also announced that the US will continue to fight terrorism, however, without waging a ground war. Besides, the US will take care of human rights not through military interventions, but through diplomacy, pressure, and building international coalitions.

The rapid evacuation of troops from Afghanistan was assessed, already under Trump, as a potential cause of a civil war, a humanitarian crisis, and a new wave of refugees. Hence, the decisions taken by Joe Biden were negatively evaluated by both US allies and Americans. Recent polls in the US have shown that the military intervention in Afghanistan was, according to most American citizens, their country’s failure. This also influences the support of the incumbent president. According to the polls, before the decisions related to the evacuation were made, Biden had a 60% approval rating. In August this rating dropped to 46%. It seems that this sudden and chaotic exit from Afghanistan wasted 20 years of American presence in that country, and its outcome will be similar to the state of affairs in 2001. The sense of failure was complemented by the bombings in Kabul, which occurred during the evacuation at the airport, and which led to the death of more than 80 people, including 13 US soldiers. The so-called Islamic State claimed responsibility for the bombings.

To sum up, the events discussed above will certainly affect the perception of the US in the international arena. It can also be concluded that the new president does not do well in diplomacy, as his actions towards Russia have shown. The Nord Stream 2 could serve as an example here. In this case, the Biden administration changed its mind several times, first promising to “use all the tools” to prevent the Russians from completing the project, to later (after few months) give the green light for its continuation. All this could contribute to the loss of the superpower status by the United States, the one that it had at the beginning of the Afghan war.