Is the United States Partially Responsible for Putin’s Invasion of Ukraine?

Vladimir Putin’s bloody regime invaded Ukraine in the last week of February. Since then, the media are constantly reporting on the course of hostilities and the losses on both sides of the conflict. Thousands of civilians have died, and the borders of European Union (EU) countries have been flooded with crowds of refugees looking for a safe place. The United States became the leader in response to the criminal actions of the Russian Federation and rallied the entire Free World in an economic counteroffensive against the Putin regime. However, looking back at the last 20 years, one can conclude that Washington also bears some responsibility for the current situation in Ukraine. 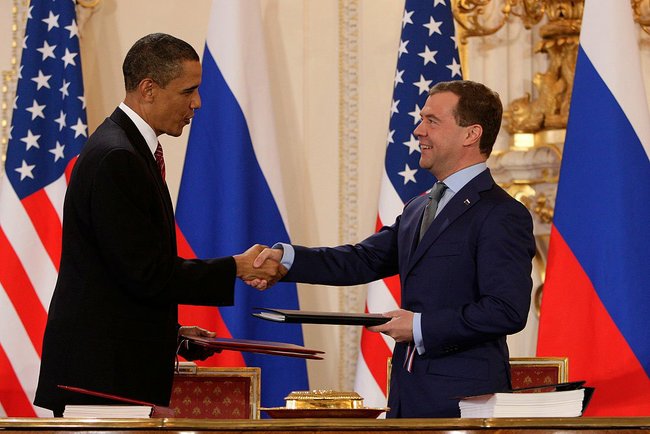 While observing the current actions of the Russian military, the unimaginable tragedy that is affecting the Ukrainian people, numerous experts are looking for reasons behind Vladimir Putin’s aggression. During his State of the Union Address in the US Congress, President Joe Biden indicated that if dictators do not pay the price for their criminal actions, they will cause even more chaos. The US president’s words are true, but do they actually represent the US foreign policy towards the Russian Federation and Vladimir Putin over the past 20 years? Probably not.

When assessing the lenient attitude of successive White House administrations towards the Kremlin regime, one should go back to 1994. Then, former Democratic US President Bill Clinton signed a memorandum in Budapest, in which he, along with representatives of the United Kingdom and the Russian Federation, pledged to work for the preservation of the territorial integrity of Ukraine in exchange for the removal of Ukrainian nuclear weapons. Thus, the document signed in Budapest is a kind of a US bond given to Ukraine. The country, which surrendered its nuclear weapons, received general assurances that could be broadly interpreted.

Five years after the Budapest memorandum was signed, the Russian Federation attacked Chechnya. In 1999, Vladimir Putin ordered the complete destruction of the Chechen capital Grozny. The Russian military ravaged Grozny, killing tens of thousands of civilians. The administration of the then US President Clinton failed to respond adequately to this first war crime. At the time, then White House spokesperson Joe Lockhart said there were “conflicting reports and statements” about the explosions in Chechnya, while the then US Secretary of State Madeleine Albright called the incident “deplorable and ominous.” Bill Clinton only added that he was interested in cooperating with Vladimir Putin, who was just beginning his presidency. The West almost completely did not react to this first war crime.

The next US president, George W. Bush, has openly pushed for a reset in US-Russia relations. During his first meeting with Putin, Bush called his Kremlin counterpart a “direct and trustworthy” man. The overly soft attitude towards the Russian Federation was an undeniable weakness of the Bush administration, which did not take a strong reaction towards Putin’s regime even after he invaded Georgia in 2008.

Barack Obama also continued the submissive attitude towards the Kremlin. The new reset in relations with Moscow and the lack of a meaningful response to the actions of the Russian Federation in Georgia could be observed during his meeting with the former Russian President Dmitry Medvedev in 2012. Then, Obama was caught on camera talking about “flexibility” in the context of Russia’s objections to building a NATO missile defense system. Earlier, on September 17, 2009, the US president had reversed his decision to deploy a missile defense shield in Eastern Europe, sending a clear message to the Russian Federation. Obama’s attitude towards the Kremlin has had tragic effects – the annexation of Crimea by separatists in 2014 and the beginning of the war that continues to this day.

Donald Trump, who was pursuing a far more assertive international policy than his predecessors, also failed to properly address Russia’s actions during his presidency. Weak reactions to the direct involvement of Russian security services in the attempted poisoning of Sergei Skripal and his daughter with Novichok in 2018 could serve as an example. According to the British government, the assassination was plotted by the highest authorities of Russian security services. Also during Trump’s term, the very same units carried out ruthless attacks on Russian opposition figure Alexei Navalny. Trump’s attitude was likewise defined by his willingness to pull the US out of the North Atlantic Alliance. The former president’s opinion was confirmed by his National Security Advisor John Bolton and White House Chief of Staff Gen. John Kelly as well.

After years of subservience to the Kremlin of successive White House administrations, there is a question concerning Joe Biden’s reaction to the ongoing war in Ukraine. In an exceptional way, the Biden administration united the entire Free World against Putin’s criminal actions. More sanctions that affect the Russian economy and assets of oligarchs linked to the Kremlin are being introduced. However, this should not stop here. Sanctions introduced by the West have so far failed to end the shelling of Ukrainian cities and protect thousands of innocent civilians from tragic death.

Vladimir Putin and the entire Russian Federation understand only one language – the language of force. To end the bloodshed in Ukraine, the Biden administration, along with the countries of the Free World, may have to take further steps. The message from Washington is that there is no intention to escalate the conflict, but it should be noted that almost the entire world has already become involved in the war in Ukraine. The United States is also, indirectly, a party to this conflict.

As Russian troops are gradually moving deeper into Ukraine, NATO might have to make an important choice. The United States should comply with the declaration made by President Clinton in Budapest in 1994. The way to do this, in addition to further military, humanitarian, and financial aid, may be to close the airspace over Ukraine. Ukrainian President Volodymyr Zelensky and Minister of Foreign Affairs of Ukraine Dmytro Kuleba have been calling for this for several days. The Ukrainian diplomacy may prove to be effective since President Zelensky has been holding serious talks with members of the US Congress, trying to get his point across. His actions are more likely to succeed thanks to the results of recent polls, which show that 74% of Americans are in favor of the establishment of the no-fly zone over Ukraine by the US and NATO. Moreover, 80% of the American public says that the US should stop buying Russian oil and gas.[i] In view of the upcoming US midterm elections, this may prove to be Zelensky’s bargaining chip in negotiations with Biden, who remains one of the leaders of the Democratic Party.

A lesson that Joe Biden should learn from the activities of previous US administrations is that the rhetoric and actions toward the Russian Federation and Vladimir Putin ought to be significantly tougher. If President Biden believes in his own words from the State of the Union Address, further actions of the US and NATO should be clear.