Since the beginning of its existence (1990), the Union of Poles in Belarus (UPB) was the key independent center which gathered people with Polish roots and those who spoke Polish. In Belarus, Poles constitute around 4% of the whole population and the UPB has 30,000 members, thus being one of the largest non-governmental organizations in this country. Its activities included educating children in Polish, publishing magazines in this language (for instance, Głos znad Niemna) as well as maintaining extensive contacts with Poland in cultural and social dimensions. 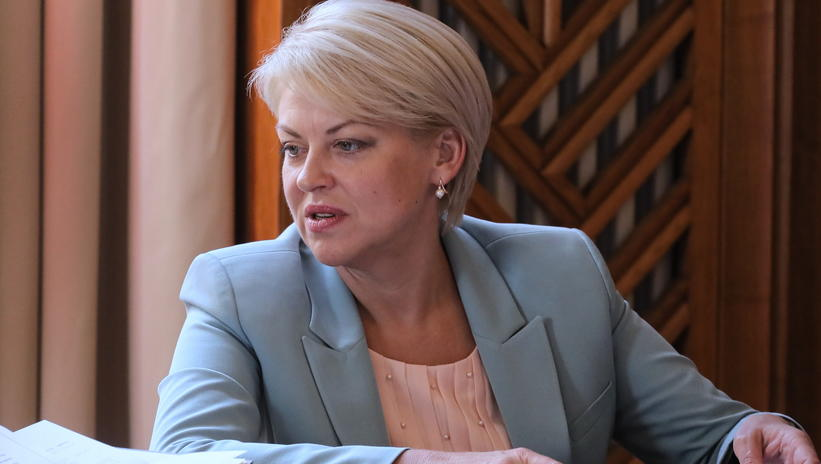 Since Alexander Lukashenko came to power in 1994, some political pressure was put on the authorities of the UPB, which was accused of opposition activities. In the 2000s, the state administration accused the UPB of a lack of transparency – the statutory documents were prepared in Polish but were not translated into Belarusian. The government was also threatening that it would illegalize the Union.

In March 2005, following Tadeusz Kruczkowski’s term as president of the UPB, Andżelika Borys was elected the new leader of the organization at the 6th Congress of the Union. However, this outcome of the election was not recognized by the Lukashenko administration. New election was held in August and its winner was Józef Łucznik, a candidate supported by Lukashenko. Nevertheless, the elected pro-government candidate was not accepted by the Polish activists. Since then, there are two independent organizations of Poles in Belarus. All former assets of the UPB, such as 16 Polish Houses, were taken away from the part of the Union led by Andżelika Borys, simultaneously depriving it of any subsidies from the state. At the same time, the UPB, independent from the Belarusian authorities, ceased to be a partner in talks for the Lukashenko regime and the propaganda began to treat it as a force that is hostile towards the state. In interviews, Alexander Lukashenko emphasized that “there are many Poles in Belarus, but they are my Poles.” Such narration was required to limit external influence in the context of building relations with national minorities in Belarus.

The Polish side officially supports the UPB, headed by Andżelika Borys. Since 2008, this institution is responsible for issuing the Card of the Pole, a document which confirms Polish nationality. The Card is not recognized by the Belarusian administration, but it may facilitate trips to Poland or the legalization of a stay in the homeland to the Belarusian citizens with Polish roots.

The magnitude of opposition and determination of the Belarusian society following the disputed presidential election in August 2020, came as a surprise to the regime of President Lukashenko. The previous major post-election protests in December 2010 were suppressed by the regime within a day. However, as a result of the changes in Belarusian society, the citizens’ opposition has not been crushed by the brutal repression of the security apparatus over several months.

Hence, the administration of President Lukashenko tried to build a narrative based on threats to Belarusian independence coming from neighboring countries, mainly Poland and Lithuania, but also Ukraine. In one of his speeches following the victory in August 2020, which was not recognized in the West, Lukashenko claimed that in Grodno (a city in western Belarus where Polish diaspora accounts for about 25% of the population) Polish flags were displayed during post-election protests. Such innuendos were aimed at making Belarusians believe that only a strong leadership of the incumbent president can maintain the integrity of the country and that Poles are a subversive element of the Belarusian statehood.

Regime’s actions aimed at repressing the Polish population at various levels have intensified in recent weeks. On March 11, the Belarusian Ministry of Foreign Affairs ordered the Polish consul in Brest to leave the country within 48 hours following his participation in a ceremony related to the National Remembrance Day of the “Cursed Soldiers.” This event was cyclical and the Belarusian side did not respond to it in any way before. The arrest of Andżelika Borys, the UPB president, for organizing an “illegal mass event” was yet another action against the Polish population in Belarus. The authorities considered Grodzieńskie Kaziuki (Saint Casimir’s Fair in Grodno), a traditional annual fair as one. Moreover, the prosecutor’s office has launched an investigation against the president of the UPB for inciting hatred on the grounds of religion and nationality, for which she could be sentenced to between 6 and 12 years in prison. The reason for this decision was the organization of multiple illegal mass events involving minors that “glorified criminal formations conducting hostile anti-Soviet activities during and after the Great Patriotic War.” It should be reminded that the authorities in Minsk consider the “Cursed Soldiers” as such. Additionally, the detainees included Andrzej Poczobut, an activist of UPB in Grodno region and a journalist of Gazeta Wyborcza, who was arrested by the police on Thursday, March 25.

The repressions against the Polish population in Belarus coincided with the Belarusian Freedom Day, which is not recognized by the Lukashenko regime. The event commemorates the proclamation of the Belarusian People’s Republic in 1918 – the first Belarusian state in modern history. This unofficial holiday is an opportunity for the opposition to show its unity, which, symbolically, refers to traditions that are distinct from the Lukashenko regime, based on Soviet symbolism.

Summary
It could be assumed that the actions of the Belarusian regime intend to intimidate the society and likewise present the Polish population as a threat to the integrity of the state. Lukashenko’s anti-Polish campaign is ineffective in the case of the Belarusian youth that use, for instance, social media and independent information channels. However, such operation could have an effect on the recipients of the regime’s propaganda. On March 24, a series of demonstrations of Lukashenko’s supporters took place in front of the Polish embassy in Minsk and consulate in Grodno. They condemned the actions of the Republic of Poland towards Belarus. Similar protests were also held at diplomatic posts of Lithuania, Ukraine and the United States. Such events are expected to make the Belarusian society believe that the Western countries are responsible for the domestic social unrest.

Taking into account the international context of the Belarusian regime’s repressions against Poland and Lithuania, these actions may be treated as an element of strategic rivalry between NATO and Russia (along with Belarus). The United States supports the countries of the Alliance’s eastern flank, such as Poland and Lithuania, which are located at the strategic section of the border with the Kaliningrad Oblast (an exclave of the Russian Federation situated on the coast of the Baltic Sea) and Belarus. Indirectly, the Lukashenko regime’s repression also targets the United States, a major NATO power. Minsk’s propaganda often portrays Poland as a representative of American interests in Eastern Europe and as a threat to the alliance between Belarus and Russia.