U.S and Russian Bombers In Tug-of-war Over Arctic

The U.S. Air Force said it was preparing to deploy bombers B-1 to Norway for the first time. Shortly after, Russia informed its strategic bombers had flown for several hours over this part of the Arctic. These events show again that the Norway-Russia border and the seas nearby are turning into another strain in NATO-Russia ties. 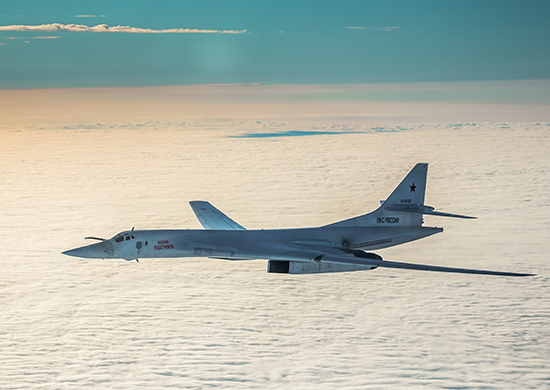 Two Russia’s Tu-160 strategic bombers carried out a scheduled flight over the Barents Sea, the Greenland Sea, and the Norwegian Sea, the Russian defense ministry said on February 9. The flight lasted for some 12 hours. The bombers were escorted by fighters of the Northern Fleet’s naval air force. Russia’s statement came several dozen hours after the U.S. European Command said it would deploy its B-1 strategic bomber squadron and 200 personnel to Norway for training flights over the Arctic. No date was set for the drills that are expected to take place in the coming weeks. Unlike Russian-made Tu160s, the long-range B-1 was nuclear-capable until the mid-1990s, when its nuclear capabilities were reduced. Air Force personnel from Dyess Air Force Base, Texas, arrived at Orland Air Base to deploy four B-1 Lancer aircraft joining Norwegian F-35 fighters and Sea King helicopters. This is the first time bombers are deploying to Norway. By doing so, the United States portrays the area north of Scandinavia as being of strategic importance while declaring its readiness to defend allies in the Arctic against plausible Russian aggression. Before military flights over the Arctic had been made by the British air forces. Dispatching U.S. forces right off the Russian border shows that the United States wants to react faster to plausible Russian military activities all the more that Moscow builds up its military potential on the Kola Peninsula that borders Norway. Russia is attaching bigger importance to the region as it upgraded its Northern Fleet to a new, fifth military district earlier this year. Thus, what Nikolay Korchunov, the country’s senior diplomat responsible for Moscow’s Arctic relations, said on February 3 should be taken with a pinch of salt. The official said the threat of a military confrontation in the Arctic was relatively low.