U.S. Base in Poland Flashes Hands-Off Signal to Putin

In the 1950s, NATO war planners pondered how to defend the nascent alliance against the Soviet war machine. On paper, the magnitude of the threat looked overwhelming. War-gaming showed that British and U.S. forces would be unable to stop a Soviet incursion in the east. The best option: consolidate our forces at the beaches at Normandy, where the Allies had first come ashore in 1944 and strengthen their position as much as possible before the Soviet troops arrived. Then… hold on. 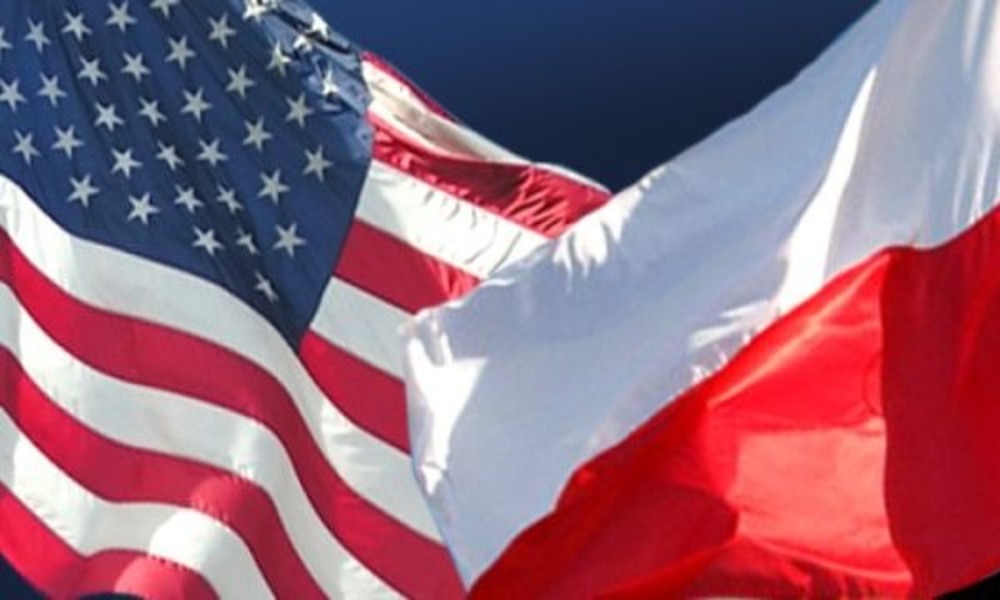 That plan was rejected. After all, what nation would commit to an alliance that would leave all or even most of their territory at the mercy of foreign invaders? Instead, the NATO planners decided they would conduct a forward defense. They would man the frontlines of the alliance.’ That decision accomplished two goals. First, it deterred aggression by telling Moscow that the entire alliance was willing to defend NATO soil.

Second, it forced the alliance to develop the infrastructure and logistics needed to support and reinforce the frontline troops. And it worked. Throughout the Cold War, NATO fielded enough conventional forces – ships, planes, and soldiers – that Moscow never crossed the line. The U.S. should learn from this experience as it considers Poland’s request to permanently forward deploy American forces in their country. To be fair, there are respectable arguments against building what that Polish President Andrzej Duda famously labelled “Fort Trump” when pitched the idea to the U.S. president in September.

Retired Army General Ben Hodges, for example, worries about the risk of defending and supporting troops that close to Putin. And, he notes, it will be expensive to build the facilities – schools, commissaries, housing, etc. – needed to take care of military members and their families. “There are other ways to deter Russia than to build permanent bases.” Hodges argues. Hodges’ assessment makes sense, as did the initial assessment made by the 1950s NATO war planners.

Fort Trump would be a costly speed bump to Russian aggression. But if the goal is to rebuild NATO’s credibility as the real guarantor of trans-Atlantic security, flying the stars and stripes over Fort Trump might be exactly the right move to make. There is an honest debate to be had about what the NATO footprint should look like, but there is no question NATO needs to move its frontline forward. Committing to the forward defense of Poland, one of America’s strongest and most trusted allies in Central Europe, would be an unmistakable hands-off sign for Putin.

Further, for NATO to demonstrate fully that it can defend Central Europe, the alliance will have to figure out how to extend its air and missile defense umbrella. Moreover, they’ll need to demonstrate they can: control airspace, protect cyber and space systems, and move supplies and reinforcements quickly in time of crisis.

A base in Poland will force NATO to address these issues sooner rather later. That’s a good thing. And it will give the Trump administration even more authority when pressing allies to boost their defense spending to what’s expected of NATO members – about 2 percent of their Gross Domestic Products – so they have the capacity they require to fight forward. Of course, Fort Trump by itself cannot guarantee peace on the continent. Russia already has fielded medium-range nuclear missiles that can hit every European capital. It is highly unlikely that the U.S. will field its own intermediate-range nuclear missiles to offset that threat. Instead, the Pentagon will likely deploy highly-lethal conventional weapons that can hold key Russian targets at risk.

In short, moving forward gives America and its allies every advantage and sends a stronger signal to Vladimir Putin – that he should keep his hands off Western Europe.

Article “U.S. Base in Poland Flashes Hands-Off Signal to Putin” by James Jay Carafano originally appeared in the Sacramento Bee.

James Jay Carafano directs team of foreign and defense policy experts at Heritage Foundation. He is a leading expert in national security and foreign policy challenges.

Article was published with the consent of the author