If confirmed, Donald Trump’s recent announcement to withdraw U.S. troops from Syria will mean Moscow’s great success. Since the beginning of Russian military intervention in Syria, Putin-led policy did not take into account defeating the Islamic State, which served as a comfortable excuse, instead hoping to ensure al-Assad’s victory in the Syrian civil war. The Kremlin has long disdained the U.S. military presence in Syria; given Moscow’s point of view, it is not difficult to guess why. The U.S. Army and Syrian services backed the Kurdish militia in the SDF, strengthening the buffer zones in northeastern Syria and making it difficult for Iran to deploy its troops and aid for the al-Assad regime and Lebanon-based Hezbollah. The American military presence was making it impossible to divide the Syrian territory and announce al-Assad victory while posing difficulties to Russia’s military operations and preventing Turkey from annihilating Kurdish resistance. Speaking of the last one, this was the reason why Ankara did not rush to leave the Idlib province in the hands of Moscow and the Syrian regime’s forces. Importantly, territories remaining under control of the Kurds and the Syrian Democratic Forces (SDF) are most rich in oil and gas reserves. If they are to be controlled by al-Assad’s military forces, the regime will be provided with a stable source of income while giving opportunities to make a deal with a company owned by Yevgeny Prigozhin. The agreement will enable the oligarch, who belongs to Putin’s inner circle, to claim rights fo one-third of Syria’s hydrocarbon deposits. 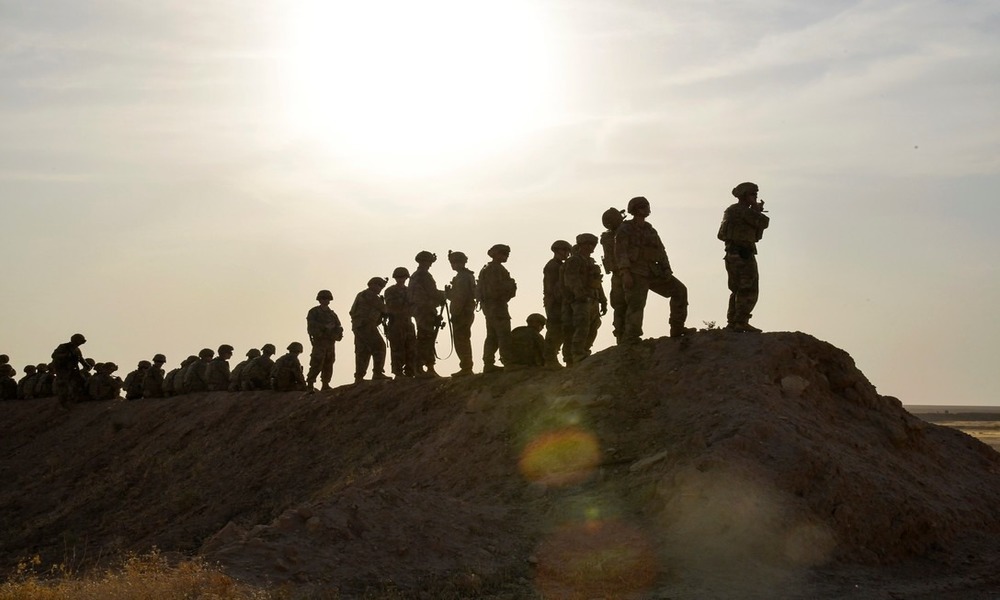 Russian President Vladimir Putin stated at his annual news conference on December 20 that the presence of American troops is not required there. He referred to it as illegitimate due to the fact that the U.S. military contingent neither arrived in Syria under a resolution of the UN Security Council nor at the invitation of the legitimate Syrian Government in Damascus. “Donald Trump was right about withdrawing his troops from Syria. As concerns the defeat of ISIS, overall I agree with the President of the United States”, Putin said. Trump’s decision is a real Christmas gift for Russia as Moscow’s allies in Syria, namely Iran and Turkey, will be granted more leeway to act. If abandoned by the United States, the Kurds will seek support elsewhere. In order to avoid Ankara’s offensive, Syrian Kurds may probably seek to enter into an agreement with al-Assad or to hope for Tehran’s protection. Alternatively, they may ask Russia for help even if Moscow aimed to tighten its ties with Ankara.

The U.S. decision to withdraw from a partnership with the Kurds undermines Washington’s credibility as allies, which clearly acts to the benefit of the Russians. interestingly, they had already used Kurdish support to fight against ISIS. Without support from SDF ground forces, it would be impossible to attain this goal while carrying out only air bombing attacks. Speaking of propaganda reasons, Russia will be able to depict the U.S. withdrawal as its victory, both on the international and domestic arena. As for the former, Moscow will remind that, unlike the United States, it never leaves its allies alone while a new geopolitical success is expected to increase Putin’s low popularity ratings. Moscow’s current position is additionally fostered by the impact of Trump’s decision exerted on U.S. relations with top European countries. Yet even Washington’s actions in Syria are unlikely to change negative ties between the states. This seems to act to the detriment of U.S.-French mutual relations; Paris had already announced its plans to retain its military presence in the international coalition’s fight against the Daesh terror group. In addition, London is yet another European capital to disagree with the U.S. decision. It does not come as a surprise as the threat of ISIS to be reborn, which has particularly increased after Trump’s decision, both France and the United Kingdom may be important targets of terrorist attacks.