Turów is an accident at work. Poland and the Czech Republic have more links than divisions

The dispute over Turów undermined Polish-Czech relations. But Warsaw and Prague have more links than separations – such conclusions are drawn, among others from the debate “Closing of Turów power plant. The Polish and Czech view ”, in which I had the pleasure to participate. 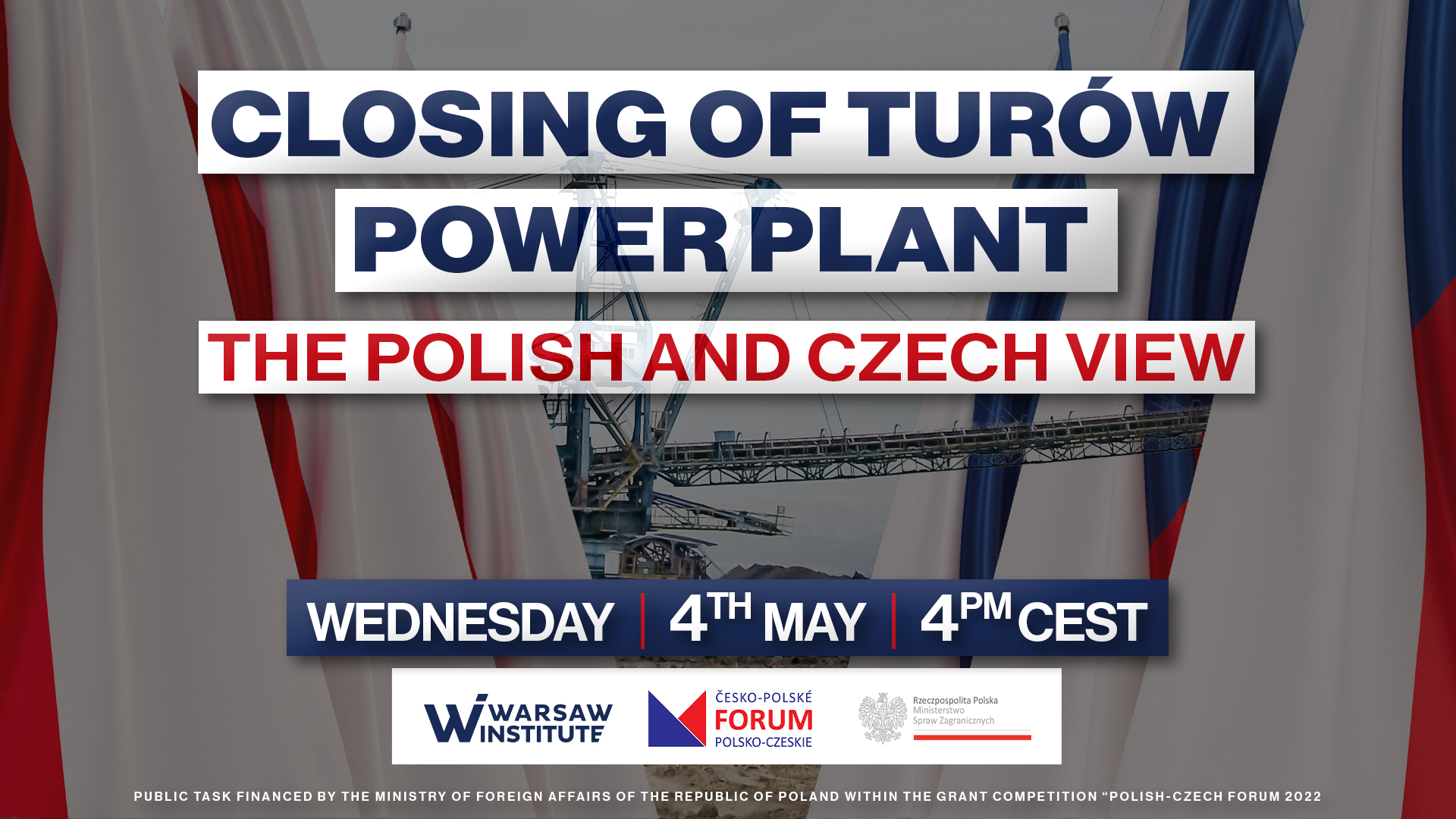 The dispute with the Czechs over Turów was unnecessary – it could be easily avoided. If the Polish authorities in 2016 seriously approached the accusations raised by the Czech side, if they entered into a constructive dialogue and looked for an amicable solution to the dispute, if they did not ignore the arguments put forward by Prague, this issue would be resolved at the regional level, even as part of local government negotiations. We would never have heard more broadly about Czech claims against the mines, nor any restrictions imposed on Poland in connection with this dispute.

However, it happened otherwise. Poland was pushed to the corner by the CJEU, which – by issuing very far-reaching decisions interfering with Polish energy security – ordered the immediate suspension of the mine’s operation, and consequently also of the power plant. Only the change of government in Prague made it possible to sign an agreement under which the Czech side withdrew the complaint from the Court. The dispute has gone down in history, remaining on the page of Poland-Czech Republic relations rather as an accident at work than as a symbol of these relations. The two countries have more links than they divide – especially in terms of energy.

During the debate organized by the Warsaw Institute, in which I participated as a representative of the Polish side, many similarities were heard between the energy situation in Poland and the Czech Republic. The second guest, Tomáš Petříček working at the Prague Institute for International Relations, emphasized, inter alia, that both countries still have a significant share of coal in the energy mix, which appears to be a problem in the face of the growing climate requirements of the European Union. This situation has many further implications for Poland, where the share of energy from coal-fired power plants in the generation mix reaches 70%. This is especially important in the era of adopting the Fit for 55 package regulations, including: on tightening the tax regime for fossil fuels and extending the European emissions trading system.

Poland and the Czech Republic also share the will to develop nuclear energy. For the Czechs, this technology is already a powerful source of clean, cause emission-free energy. The Temelin nuclear power plant alone covers around 20% of Czech energy demand. On the other hand, new investments in the capacity installed at Temelin and Dukovany power plants are to enable the Czech Republic to move away from coal (currently 40% of the mix) by 2038. Poland, which also intends to develop nuclear energy (Warsaw plans to build 6 to 9 GW of nuclear capacity in over the next twenty years) can confidently observe how the Czech neighbor is dealing with this investment.

The common interest of Poland and the Czech Republic in the field of nuclear energy may result in adopting common positions during legal negotiations within the European Union concerning the nuclear power. It is primarily about the dispute over the so-called taxonomy (i.e. the EU investment agenda), which may result in the removal of nuclear energy from the catalog of environmentally sustainable sources. It would be a powerful blow to the possibility of implementing the EU climate policy, but also to the interests of Warsaw and Prague.

Poles and Czechs also have a similar view on the issue of the Russian threat, which is so important after February 24. Both the Polish and Czech sides clearly communicate that they intend to abandon the import dependence on Russia in terms of energy. This is clearly visible on the natural gas market – after the full-scale Russian aggression against Ukraine, Prague started negotiations with Warsaw on a potential connection between the Czech Republic and the planned Polish FSRU liquefied gas terminal, which is to be built in the Gulf of Gdańsk.

Looking at the palette of common energy denominators, it is clear that the Turow issue was an exception, not a rule, in Polish-Czech relations. They may tighten even more in the new geopolitical circumstances – which was outlined in the Warsaw Institute debate.