The launching of a large commercial port on the Caspian Sea coast has a great signifiance not only for Turkmenistan whose authorities have been pursuing a strategy of economic opening to external markets. The Turkmenbashi terminal means an increase in the export of hydrocarbons to Europe, but it also constitutes an opportunity for greater trade exchange of the Central Asia with external markets and could be perceived in terms of an important part of the new Silk Road linking Europe with China. However, the port needs to struggle with the competition of neighbouring Kazakh ports. 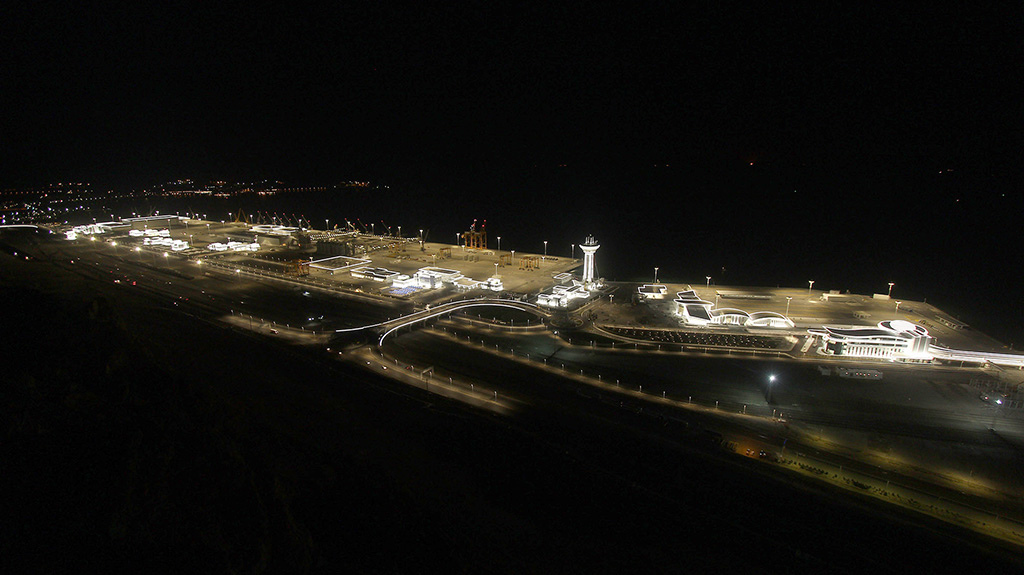 The sea port was built for over 5 years while its construction cost $1.5 billion. At the beginning of May, the seaport in the Kazaksh city of Turkmenbashi was opened on the east coast of the Caspian Sea. The country’s president Gurbanguly Berdymukhamedov announced that the new port would become an important maritime link for trade to the Black Sea and Europe, to the Middle East, and to Asia.

For many years after regaining independence, due to its isolationist policies, Turkmenistan could not be perceived in terms of an important hub for trade routes from Asia to Europe and those from the north to the Middle East. Instead, the port relied rather on revenues from exported natural gas. The Turkmen economy is deeply dependent on hydrocarbon exports, which accounts for as much as 85 percent of the country’s total exports. Turkmen tankers are expected to deliver oil to Baku, where is it pumped into the Baku-Makhachkala-Novorossiysk and the Baku-Tbilisi-Ceyhan pipelines. But this is not the only advantage of the Turkmenbashi Sea Port. The government assumes that the new sea port will triple the country’s trade turnover. The new port will be able to handle 300,000 passengers a year, 75,000 trucks and 400,000 containers. The Turkmenbashi port, as well as the $2.5 billion new airport located in the capital, Ashgabat, and other major infrastructure projects (worth $5 billion) are a part of the plan to make Turkmenistan the “Heart of the Great Silk Road”, as announced in Berdymukhammedov’s New Year’s message. Theoretically, Chinese exporters could use a connection through Kazakhstan to ship goods to Europe through Azerbaijan and Turkey via the Turkmenbashi port.

The problem is serious competition on the eastern coast of the Caspian Sea: the Kazakh ports of Aktau and Kuryk. The third of Kazakhstan’s three new terminals at the Aktau port started operating in 2014. Thanks to this, the Aktau port could raise its capacity to some 19 million tons annually. The new sea port of Kuryk, located 60 kilometres south of Aktau, will have reached its full handling of 7 million tons of cargo annually by 2020. Now, it mainly serves the Kashagan oil field. The Turkmenbashi port competes with ports in the Aktau and Kuryk also in the import of goods, which are then supposed to be transported to other Asian countries, including China. Due to its geographic position, the Turkmen terminal is already in a worse position because Kazakhstan borders with China whereas Turkmenistan does not have such an opportunity. It seems that the port may start to cooperate with Uzbekistan. Turkmen president has offered Tashkent the opportunity to use the new port; however, it seems that the Kazakhs and Uzbeks have already been in more advanced talks about accessing the ports of Aktau and Kuryk. Mr Berdymukhamedov suggested that the port could be also used by Afghanistan, another state in the region. In addition, the interest in the port was expressed by Kyrgyzstan, which does not have the best relations with Kazakhstan. In turn, the Russians are counting on increasing trade between the Turkmenbashi terminal and the port of Olya on the Caspian Sea.