Russia has for several months disrespected a ceasefire deal on Syria’s rebel-controlled enclave of Idlib, reached earlier with Turkey, and continues to send support for forces loyal to Bashar Al-Assad. There have already been some cases of capturing Turkish observation posts in Idlib while whereabouts of Turkish battalions have been struck by air raids, possibly carried out also by Russian aircraft. The Syrian-Russian-Iranian alliance is consistent in ravaging the Turkish-backed last rebel-held stronghold, with Ankara having its hands tied. Unable to safeguard its closest allies, it exposes its troops to heightened risk. But Turkey’s President Recep Tayyip Erdogan seems to have no choice; he has gotten involved in cooperation with Moscow while sparking off a deep crisis in relations with the West, mostly the United States, also by Ankara’s latest decision to purchase Russian-made S-400 missile systems. This limited Erdogan’s room for maneuver between Russia and Washington, a result visible not only in the Syrian case. What should be expected are Ankara’s further defeats in Syria and the Kremlin’s mounting pressure on its Turkish ally to ink more and more military deals. This pushes Turkey away from the West and strikes a blow to NATO’s integrity, the latter of which is undoubtedly one of the strategic goals of Vladimir Putin. 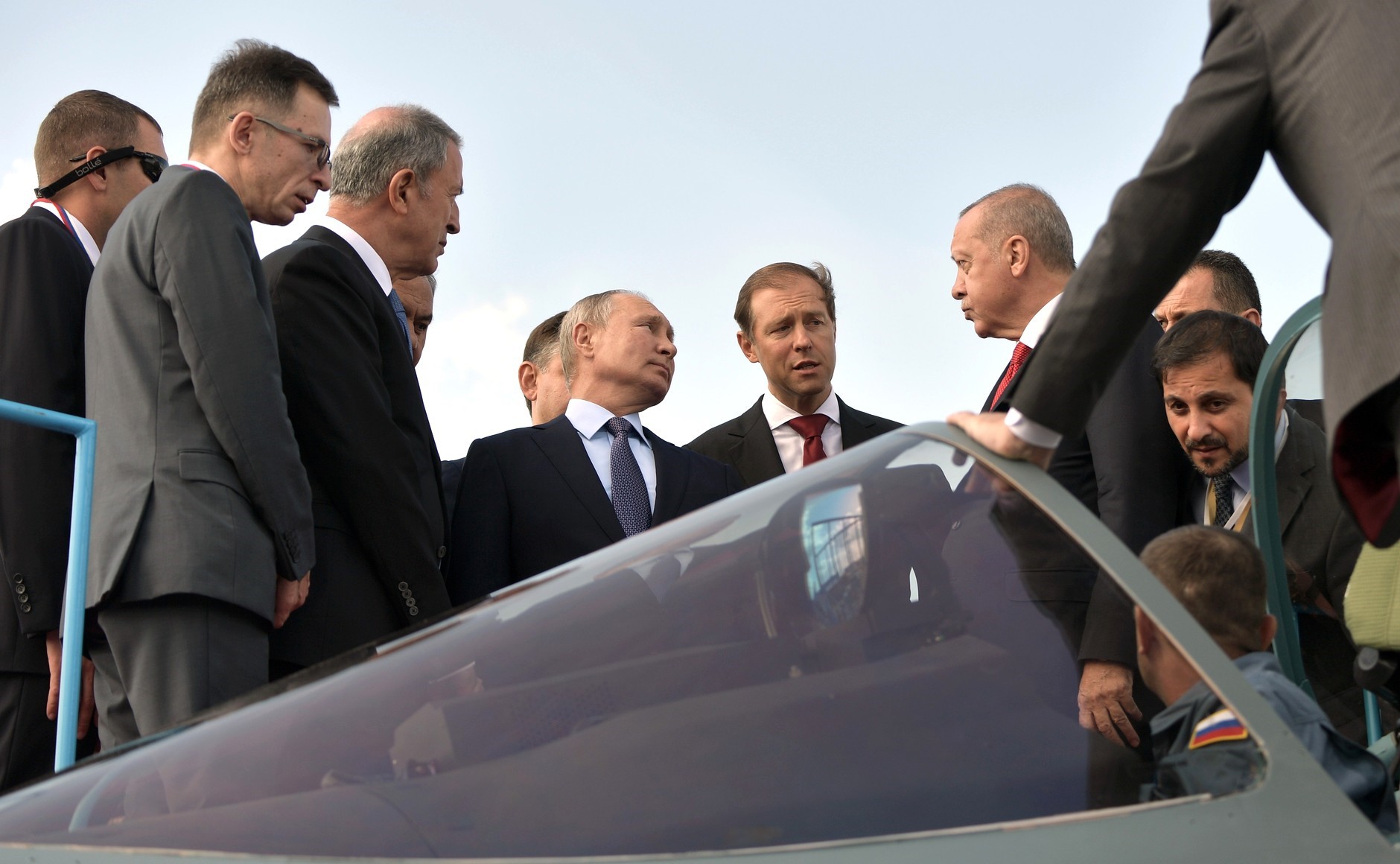 Recent weeks have seen an increase in offensive activities in Idlib province conducted by forces loyal to the Syrian regime. Pushing rebel fighters out of their positions ultimately lead to contact between al-Assad’s army and Turkish forces. As a result, Syrian troops seized the town of Morek where they encircled a Turkish military post. Turkey told Russia that Russian-backed Syrian army attacks in northwest Syria violates the regime’s ceasefire and threatens Turkey’s security. Even though, it failed undertake retaliatory military measures. What happened on Syrian soil prompted Erdogan to pay an unexpected emergency trip to Moscow. Turkish leader flew to Russia to hold talks with Vladimir Putin, though a Russia-Iran-Turkey summit is set to take place in September as part of the Astana peace negotiations.

Following talks with Putin, Erdogan said that Turkish troops found themselves in danger, saying his country will “do everything to ensure tranquility in Idlib” if necessary. But this is nothing more than just a bunch of empty words because this was Putin who succeeded in gaining an advantage over his Turkish counterpart. When addressing his guest’s complaints, he argued that this would change nothing as for a military offensive carried out by Russian-backed Syrian government forces, adding that “the terrorists will continue shelling Syrian government troop positions and trying to attack Russian military facilities.” Putin made it clear than the ceasefire deal is no longer in force when saying that “we are convinced that the deescalation zone should not serve as a shelter for militants.”

Turkish authorities found themselves in a tough position at their request. No details were provided whether Turkish-Russian talks on purchasing S-400s were accompanied by Moscow’s promises or it was rather Turkey that filled in the blanks, believing that this would make Putin reduce or withdraw its support for al-Assad’s offensive against Turkish-backed Idlib rebels. The fact is that Erdogan is incapable of doing much, and Putin seeks to seize the opportunity to bind a NATO member with its military contracts. During Erdogan’s visit to Moscow, Putin said that another batch of S-400 missiles systems had been dispatched to Turkey. Putin said he had raised the issue of Russian-Turkish bilateral cooperation in the domain of aviation industry, with these two discussing the deliveries of Russian-made Sukhoi Su-35 fighter jets to Turkey. Earlier Washington had suspended its F-35 military deal after Ankara purchased S-400 systems from Russia. Also, Ankara and Moscow are reported to cooperate closely to develop the Russian fifth-generation multi-role Su-57 warplane. At a joint press conference with his Turkish peer, Putin said that Russia would start sending its gas to Turkey through the first stretch of the Turkish Stream energy pipeline along the Black Sea seabed by late 2019.