Ankara’s determination to acquire Russian-made missile systems will enrage both its NATO peers and the United States. But Recep Tayyip Erdogan hopes U.S. President Donald Trump will block Washington’s sanctions on Ankara. Yet this does not change the fact that outfitting the Turkish army with S-400 air defense missiles poses a threat to the security of the entire Alliance. It is to expect that NATO will drastically cut short cooperation with Ankara yet while making an attempt to seek a compromise. Excluding from NATO a strategically located country with such a numerous army does not offer benefits to the Alliance. And a similar solution is not at all sought by Turkey, either. 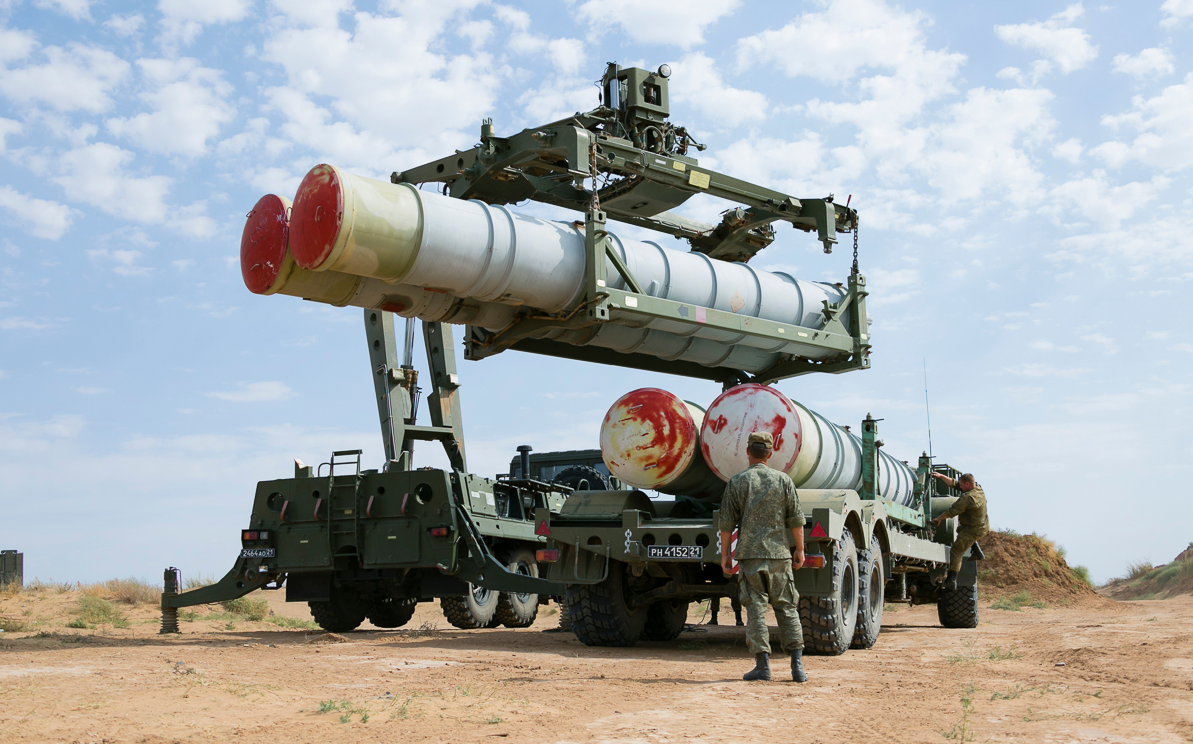 Russia has de facto begun delivering its S-400 air defense systems to Turkey, local media outlets have informed. And this corroborates the fact that neither the meeting between President Recep Tayyip Erdogan and Donald Trump at the Osaka summit nor the latter leader’s conciliatory declarations led to any substantial conclusions. The Turkish leader said the next day that Russia plans soon to deliver its S-400 missile defense systems to Turkey. Ankara’s purchase of Russian-made military hardware may trigger U.S. sanctions under the CAATSA law, a solution being now on the table. Under CAATSA, the Trump administration must choose five options from a menu of 12 sanctions to place on Turkey, ranging from imposing restrictions on Turkish exports, cutting Turkey off from U.S. financial institutions or sanctioning Turkish citizens involved in purchasing the S-400 air defense systems. Erdogan claimed he was reassured by his U.S. counterpart that Washington would not impose sanctions on Ankara. The Turkish president hopes Trump will not use a privilege to launch restrictions against his country.

Russian-made S-400s would pose a threat to U.S. F-35 fighter jets, with Turkey participating in its production process and holding interests in acquiring a batch of aircraft. The S-400 radar systems could be developed to detect F-35 planes, making them easily identifiable. NATO also spoke out against the Russian-Turkish deal, claiming that the Russian-made weapon is not compatible with the Alliance’s military systems. Washington has formally launched the process of removing Turkey from the F-35 program. Erdogan said it would be “robbery” for the United States to deny Turkey the F-35 fighter jets it has bought, adding that Turkey had already paid $1.4 billion for its order of 116 F-35s. Back in August 2018, only two U.S fighters were delivered to Ankara. The dispute over the S-400s is neither the first nor the most severe reason for strains in Turkish-Western ties. In the wake of Turkey’s failed military coup in 2016, U.S. Secretary of State John Kerry condemned the Turkish government for forceful repression of political opponents while warning that this undermined Ankara’s further NATO membership. In 2017, Erdogan withdrew 40 of its troops from a NATO military drill in Norway.

Turkey had long served as a barrier to Soviet expansion at the southern bit of the Cold War front, using its NATO’s second-largest military forces and close ties to Washington to prevent Moscow from entering the Middle East. But for several years Turkey has been gradually yet consistently joining the Russian sphere of influence, even though Ankara and Moscow were on the brink of war after the former downed a Russian warplane near Turkey-Syria border in the autumn of 2015. Ankara’s crackdown on its fellow NATO allies has by no means been triggered by Erdogan’s authoritarian rules or the ongoing Islamization of the country. Tensions ran high after the Syrian conflict broke out, with Turkey’s holding grudges against NATO member states, accusing them of having left Ankara alone in the face of a growing threat from Damascus. While saying so, Erdogan did not mean al-Assad or jihadists, but Kurds whose YPG militia got U.S. support in its fight against the Islamic State. Russia’s firm entrance to the Syrian conflict became a decisive point, initially leading to strains in its ties with Ankara that ran high after Turkey had shot down a Russian aircraft. Moscow’s response consisted in boosting military involvement in the region and waging the trade war with Turkey, back then in favor of toppling the government of Bashar al-Assad. Six months passed since that moment, marking a sharp tilt in Turkish-Russian relations and prompting the two countries to forget about past resentments and start to cooperate. Ankara seeks to foster both an economic aspect of this partnership, including Russian trade outlets, tourists, Russian-sourced gas and building a nuclear power plant, and a common stance on Syria. Having no other choice to choose its partners in Syria’s war theater, Erdogan focused on bolstering cooperation with Moscow and Tehran under the Astana format. Ankara’s ties with Israel have dramatically deteriorated while those with the United States are getting worse and worse, given that the latter offers firm support to the Kurds, a useful ally in the war against the Islamic State in Syria. Also, Turkey has solidified cooperation with Qatar, hinting worse relations with Saudi Arabia and the United Arab Emirates. This has affected Ankara’s ties with the United States and, to make matters worse, has been a blow to NATO’s internal cohesion. Turkey has long made efforts to acquire air defense missile systems; a few years later, the country had almost sealed the deal with China but had to resign amid pressure from Ankara’s Western allies. Having taken advantage of ever-closer cooperation with Putin, Erdogan inked an agreement to purchase Russian S-400s, posing a thorny issue to the entire North Atlantic Alliance that goes far beyond Turkey’s bilateral relations with the United States or other fellow NATO allies.

Ankara’s determination to move ahead the S-400 deal made both Washington and the other allies in NATO question whether Turkey’s membership in the Alliance makes sense, all the more so that the state no longer has such strategic importance it used to enjoy in the Cold War era. But will expelling Turkey from NATO structures offer benefits to all parties to the dispute? This would be a failure from the Alliance’s point of view, given its commitments to heavily invest in a relationship with Turkey and to expand its military infrastructure over the last sixty years. And if Turkey is expelled from NATO, the Alliance will no longer be able to shape the situation in strategic straits connecting the Black Sea to the Mediterranean. Turkey’s drifting outside the Alliance will boost NATO’s enemies, leading to Ankara’s feasible rapprochement with Moscow, Tehran or Beijing. But Turkey is not interested in leaving NATO structures, though the current situation, especially with regard to Syria, is now how it looks. As for the Kurdish issue, the United States and Turkey are now on opposite sides of the barricades. But this does not change the fact that Turkey and Russia were, are and will be geopolitical rivals. And what will happen in Syria, also in the rebel-held enclave of Idlib, will serve as a new turning point in the relations between Moscow and Ankara. But Erdogan is now seeking to purchase the S-400s, being conscious that the West will refrain from escalating tensions. Ankara will therefore try to weave between Moscow on the one hand and Washington and Brussels on the other in a bid to strengthen its position and achieve its goals, not only in Syria but also hoping to claim rights to rich gas reserves in East Mediterranean.