The 25th of July 2022, celebrates the national emblematic day of Tunisia’s Republic. This Monday, the 25th of July 2022, is once again marked as a critical date and possibly as a turning point, almost a decade after the introduction of Tunisia’s renewed Constitution back in 2014. Voting polls on a constitutional referendum closed at around 23:00 CET on the same day. The result of which will determine whether Tunisia will adopt a new Constitution by the hand of president Kais Saied. 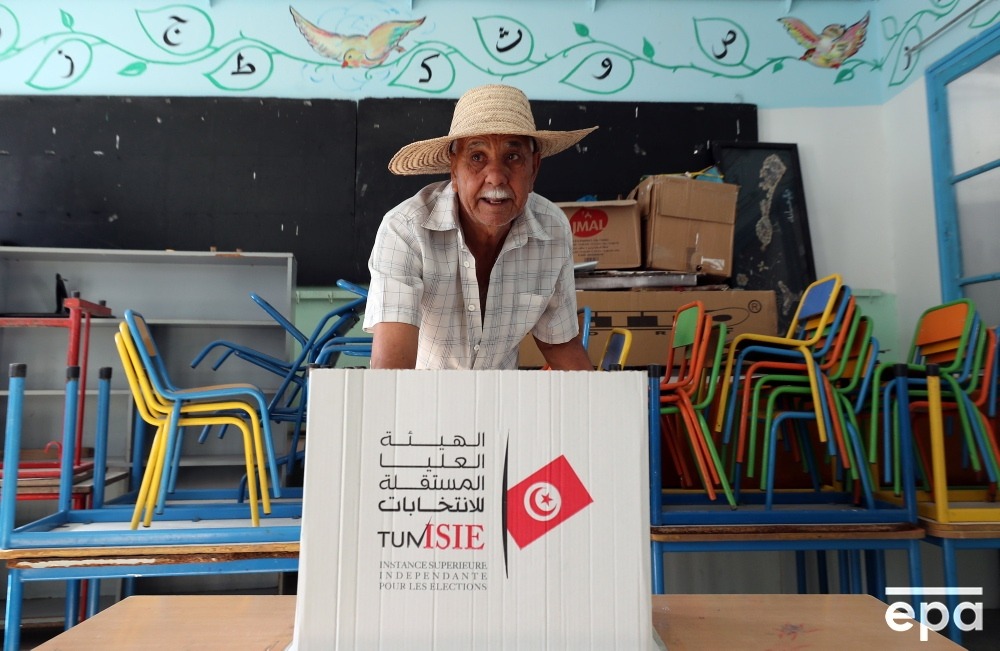 A day after, exit polls show the expected, “according to one exit poll published on Monday evening, the president’s measure received the support of over 90% of those who turned out to vote.”[1]

Current Tunisia president, Kais Saied has introduced a series of executive reforms since the start of his presidential term in 2019. These reforms have overstepped the Constitutional checks and balances that once praised Tunisia as the most successful Arab country after the Arab Spring events in 2011.

Its been one year exactly since president Saied dissolved parliament on the 25th of July 2021. Following this act, president Saied then proceeded, in September 2021, to effectively suspend MPs’ immunity indefinitely on the basis of Article 80 of the 2014 Constitution. To consolidate control of the legislative, Tunisia’s president enacted Decree No. 117, on the 22nd of September 2021 transferring the powers of parliament to himself, allowing the further enactment of laws pertaining to the media, political parties, unions, public order, internal security forces, and customs and electoral law and freedoms.[2] On the latter, this presents a challenging scenario. To what extent can free elections to be guaranteed in a country where the executive controls the legislative branch to its full extent?

The new Constitution will introduce key points setting an end to the parliamentary system established in 2014. For this reason, it is worth considering that this new legal instrument essentially transforms the system of government from a pluralist system of governance to one primarily dominated by the executive. Experts have coined this model as one that inflates the role of the presidential, categorizing it as a ‘hyper-presidential’ system[3]. Compared to the 2014 Constitution, the level of popular inclusion and consultation is lower than in the 2022 version.

On this note, the citizenry’s concern revolves around the potential leeway that such an instrument may allow for judicial interpretation. After encroaching into the judiciary in early 2022, Saied’s suspension of the Supreme Council on February 6th, 2022, let people believe that democracy was on a down peak. Fears for an open interpretation of the new Constitution and what could this entail have dominated the public conversations. Notwithstanding, this should not necessarily entail a negative connotation. Should the next president be more progressive, the general provisions could be expected to be interpreted accordingly.

The expected turnout is equally a source of concern. Compared to the last online consultation extended from the 1st of January to the 20th of March 2022, out of 12 million Tunisians, only 500,000 participated. This is largely due to contesting factors such as an overall misinformed electorate, lack of access to the internet to cast consultations, and the discouragement sentiment against a government that has not demonstrated effective social policies for the betterment of the population.[4] As expected, the turnout resulted to be low on at the closing of the voting polls. According to the country’s electoral commission, ballots were cast by 27.5% of eligible voters.[5] Increasingly, a reluctance for a positive change is felt in the country as Tunisians abandon the Tunisian dream. Even resentment and nostalgia for the Ben Ali regime have resurged when times were more stable.[6]

[2] Ben Fishman and Kyle Robertson, “Timeline of Tunisia’s Constitutional Crisis and the U.S. Response” The Washington Institute for Near East Policy (Jul 20, 2022). available at: <https://www.washingtoninstitute.org/policy-analysis/timeline-tunisias-constitutional-crisis-and-us-response>.

[4] Aljazeera Inside Story, “Will Tunisia’s constitutional referendum lead to turmoil?” (23 Jul 2022) available at:

[6] Rhal Ssan, “Tunisians take to the streets ahead of the constitutional referendum” Euronews (24 July 2022) available at <https://www.euronews.com/2022/07/24/tunisians-take-to-the-streets-ahead-of-constitutional-referendum>.