Transatlantic Relations in the Biden Era

Updating the Positions of the United States, Europe and Poland 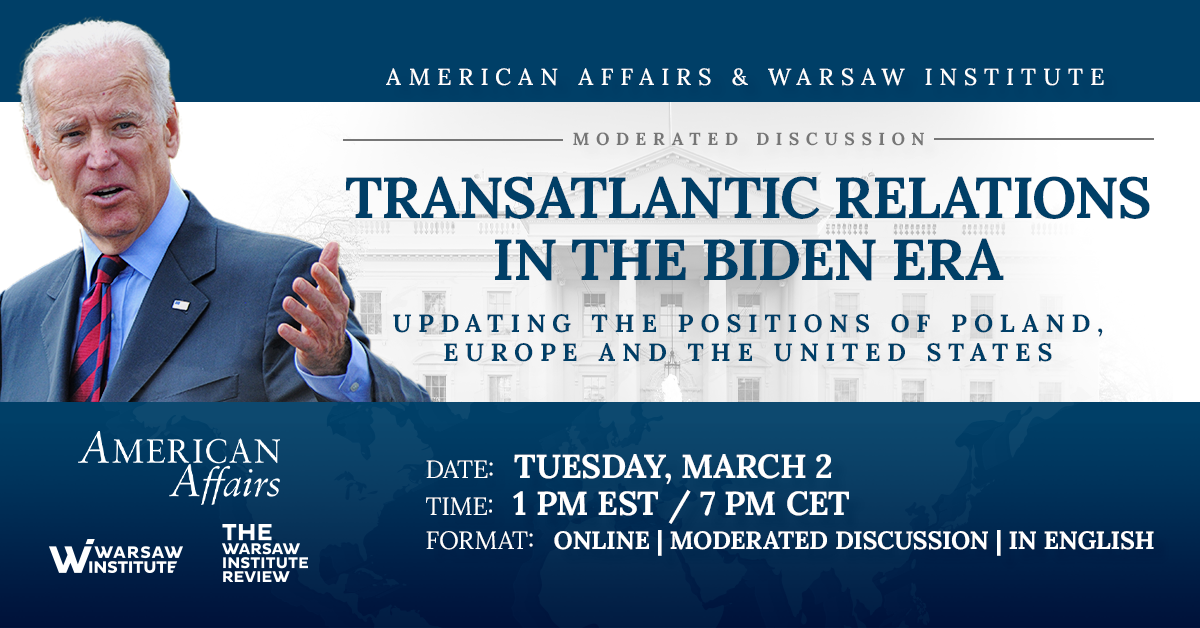 Transatlantic Relations in the Biden Era

Updating the Positions of the United States, Europe and Poland

Register via Eventbrite to receive a reminder and a direct link to the stream 10 minutes before the event:

Dr. Pappin is the cofounder and deputy editor of American Affairs. He is assistant professor of politics at the University of Dallas and a senior adviser the University of Notre Dame’s de Nicola Center for Ethics and Culture. He received his AB (history) and PhD (government) from Harvard.

Mr. Colby is a co-founder and principal of The Marathon Initiative, a policy research think tank focused on developing strategies to prepare the United States for an era of sustained great power competition.

Previously, Colby was from 2018-2019 the Director of the Defense Program at the Center for a New American Security, where he led the Center’s work on defense issues.

Before that, he served as the Deputy Assistant Secretary of Defense for Strategy and Force Development from 2017-2018. He also served as the primary Defense Department representative in the development of the 2017 National Security Strategy.

Mr. Pawłowski is a Chairman of the Foundation Council at the Warsaw Institute, a geopolitical think tank based in Poland. He is also Vice-President of the Board in the Cegielski Center for Analysis. Graduate of the Faculty of Law and Administration, University of Warsaw and Babson Entrepreneurship Program at Babson College. He was an intern as research assistant at the Institute of World Politics in Washington, DC. He gained his professional experience in the best banks in Poland. Currently he works as a manager in the leading company in the regional transportation sector.