A Train to Crimea: Russia Condemned for Opening the Crimean Bridge to Railway Traffic

The recent opening of the Crimean Bridge connecting Russia with occupied Crimea to railway traffic by the Russians has sparked another wave of international criticism. It just so happens that, also in December, the UN General Assembly adopted two resolutions condemning the Russian annexation of the peninsula. Meanwhile, in Crimea, people are still being subjected to repression, Kremlin oligarchs are getting richer and the army is deploying more and more weapons and soldiers. 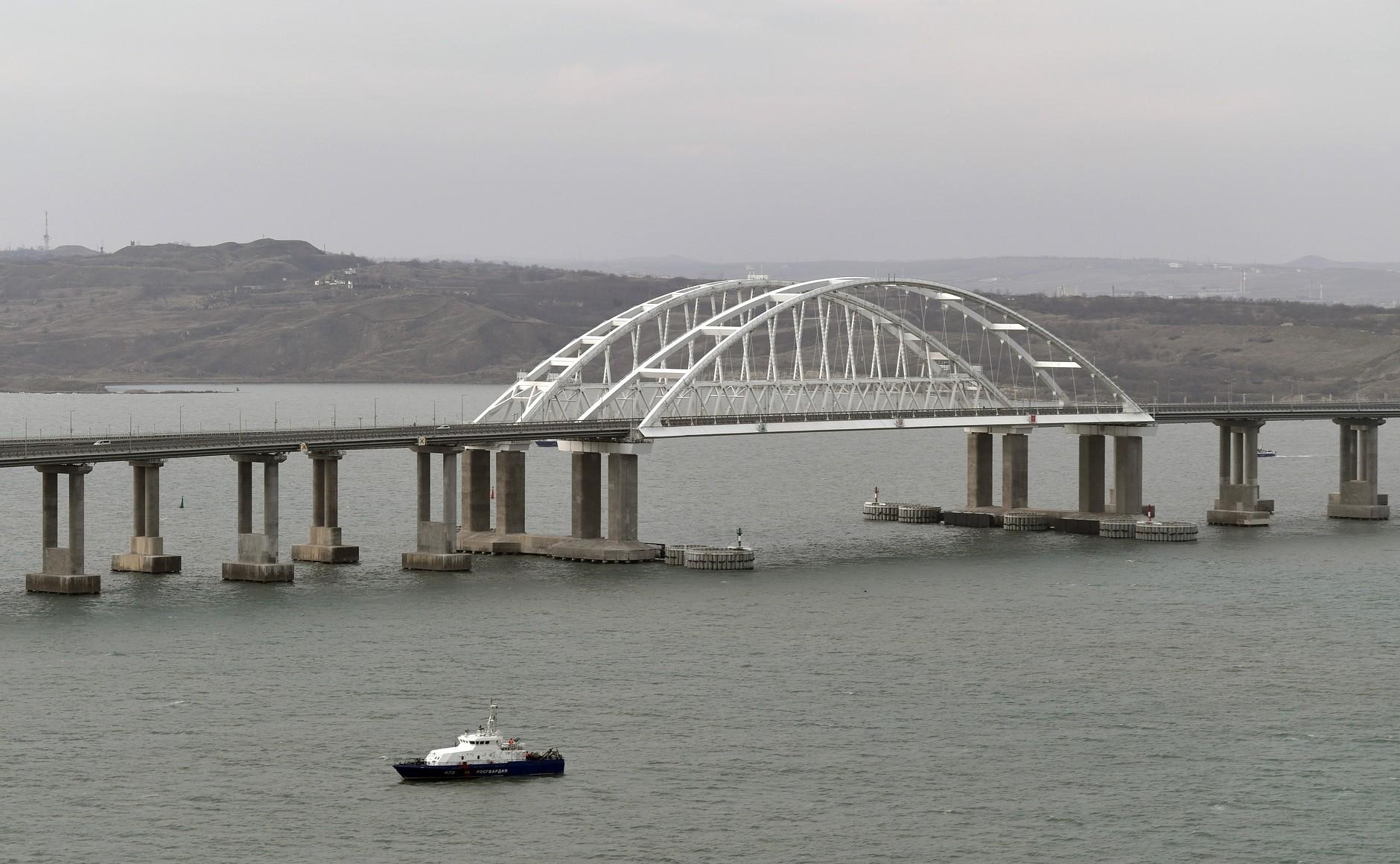 The first passenger train from Russia to Crimea departed from Saint Petersburg on December 23. In this way, the Crimean Bridge connecting the Russian mainland with the Ukrainian peninsula annexed by Russia in 2014 was opened to railway traffic. To celebrate the arrival of the first passenger train to Crimea, a special ceremony was held, in which Vladimir Putin participated via video conference. The president announced that Russia will carry out further, similar to the Crimean Bridge, projects. Russia opened the 19-kilometre-long Crimean Bridge to car traffic in May 2018 and, some time later, allowed for the transport of goods across the bridge. The project cost 3.7 billion dollars and is currently the longest bridge in Europe. Without the consent of Ukraine, the construction of the Russian bridge to Crimea has been condemned from the very beginning by, among others, the European Union, which in July 2018 imposed sanctions on companies involved in the bridge’s construction. The bridge restricts ship traffic across the Kerch Strait to Ukrainian ports in the Sea of Azov. Russia’s actions regarding the Crimean Bridge violate the 1982 UN Convention on the Law of the Sea and bilateral agreements between Ukraine and Russia.

The opening of the bridge linking Russia’s mainland with Russian-occupied Crimea to railway traffic provoked sharp reactions from Kyiv, Washington and Brussels. The Ukrainian Ministry of Foreign Affairs protested against Vladimir Putin’s visit to Crimea. The Russian president arrived on the peninsula in the train driver’s cabin. The Office of the Prosecutor General of Ukraine announced that it has launched an investigation into “the illegal crossing of the state border of Ukraine by a passenger train”. EU diplomats stated that “the opening of the railway bridge across the Kerch Strait connecting Russia with the Crimean Peninsula annexed by Russia in 2014 constitutes another violation of Ukraine’s sovereignty and territorial integrity”. The U.S. Department of State issued a statement in which it emphasised that the bridge project is being implemented without the consent of Ukraine’s authorities. On December 18, the UN General Assembly adopted a draft resolution calling for the protection of human rights in occupied Crimea. Earlier, a resolution condemning Russia’s militarisation of Crimea had been passed. It includes a provision that “Russia’s construction and opening of the bridge across the Kerch Strait between the Russian Federation and temporarily occupied Crimea” contributes to the further militarisation of the peninsula. Both of these resolutions increase Kyiv’s arsenal of political and diplomatic means in the struggle to restore the peninsula under the control of Ukraine.

Occupied Crimea has two main functions. It is, of course, a western, strategically located military platform that allows Russia to significantly expand its influence on the security situation in the Black Sea. At the same time, the annexed peninsula is one of the key projects for pro-Kremlin oligarchs, who, under Putin’s rule, receive lucrative contracts and the most valuable assets taken from their rightful owners – this is precisely the case in the Donbass as well as in Crimea itself.