Russia’s official propaganda has made efforts to ignore or disregard Moscow’s most massive opposition protests in many years, and so did the authorities. Russian President Vladimir Putin went to Crimea to meet with the representatives of the Night Wolves motorcycle club, known for its allegiance to the Kremlin. The event got broad media coverage for apparent reasons, as an attempt to show that Putin does not seem bothered by Moscow protests and a signal to calm down strained moods among his actual collaborators: officials, siloviki and all fraudsters and gangsters holding close ties to them. 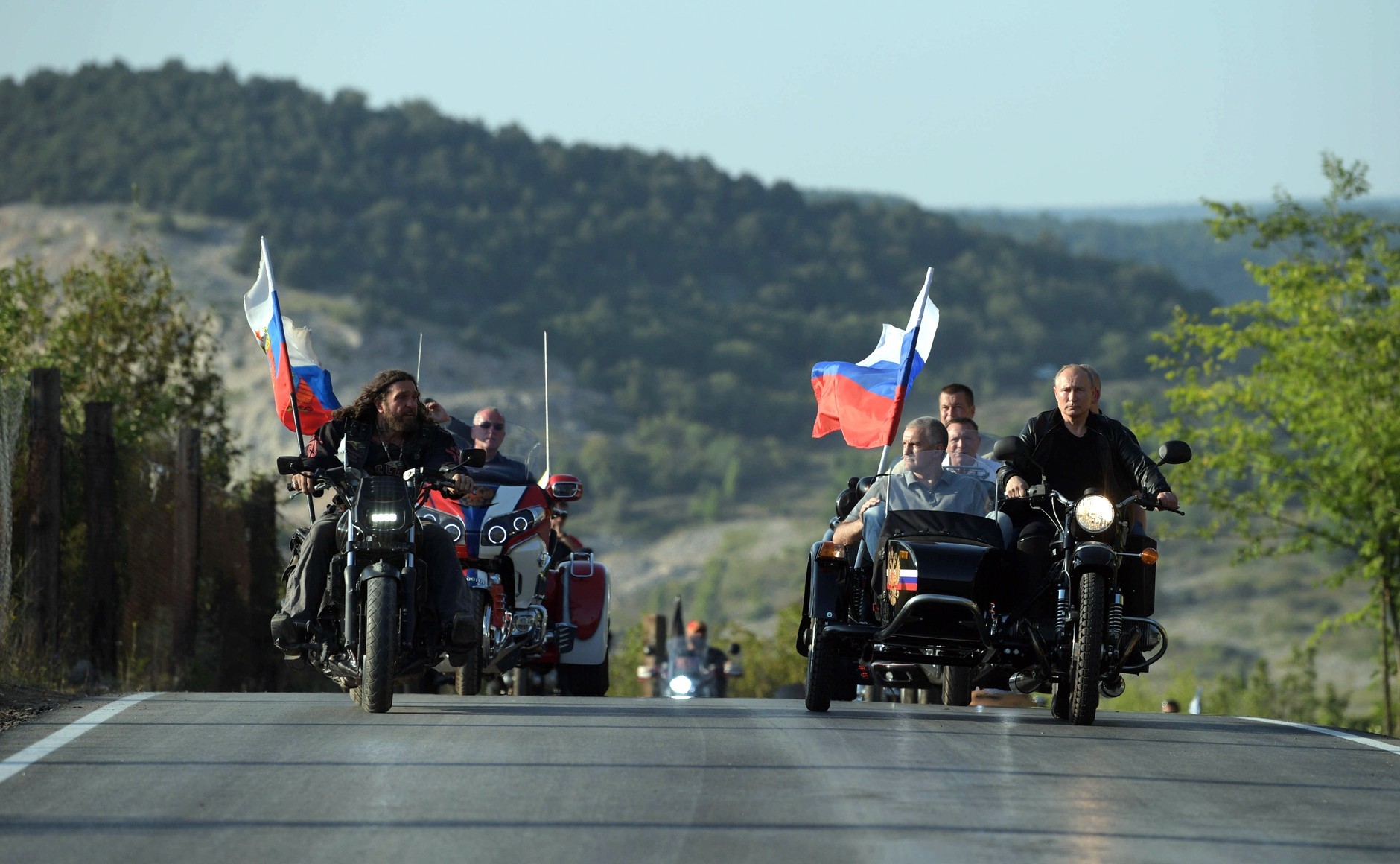 As Moscow saw the biggest anti-government demonstration taking place in the least eight years, with 50,000 people said to have taken part, Vladimir Putin arrived in Crimea to attended the Babylon’s Shadow motorbike show at the foot of Mount Gasfort in the Crimean city of Sevastopol. Wearing a black leather jacket, the Russian leader led the column of motorcyclists, riding himself a motorbike with the head of the Republic of Crimea Sergei Aksenov in his sidecar. Putin was seen alongside the leader of the nationalist motorcycle group Aleksander Zaldostanov, better known as “The Surgeon.” Also, the president went to Chersonesus to watch Griffin, a play based on a play created by Orthodox Metropolitan Tikhon.
Putin’s trip to Russia-occupied Crimea met with a harsh reaction of Ukraine’s Foreign Ministry that claimed that the president’s visit was portrayed as “domestic”.

Putin’s well-publicized trip to Crimea should be seen both in its internal and external contexts. As for the latter, his stay in the occupied territory must have further exacerbated Moscow’s strained relation with Ukraine, especially in the wake of the latest clashes in Donbas. And this is all the more that Putin flew to Crimea to hold various meetings for three consecutive days. But more importance should be drawn to the internal context. Putin’s latest visit to Crimea is not the first time that he flees the capital in the time of a large opposition rally taking place in Moscow. On July 27, he dived to the bottom of the Gulf of Finland aboard a bathyscaphe.
But more importantly, having Zadolstanov and Tikhon as the trusted people by his side, Putin sought to show all kleptocrats having ties to the Russian president that his problems are their problems. Therefore they should lend with joint and persistent support, enabling the Kremlin to struggle with such “temporary inconveniences” as were Moscow’s recent events – after all, the regime has managed to overcome much worse obstacles.