Severe Sentences, Repressions in the Crimea. Tatars Targeted by FSB.

The Russian military court in Rostov-on-Don sentenced five Crimean Tatars accused of belonging to a “terrorist organisation”. Tens of others are waiting for the trial and another group was recently arrested in the Crimea occupied by Russians – again accused of belonging to the Islamic Hizb-ut-Tahrir. The case is connected with a series of detentions from March 2019. New repressive measures are also part of the aggressive, provocative policy of Moscow towards the new President of Ukraine which are aimed to force him to make concessions. 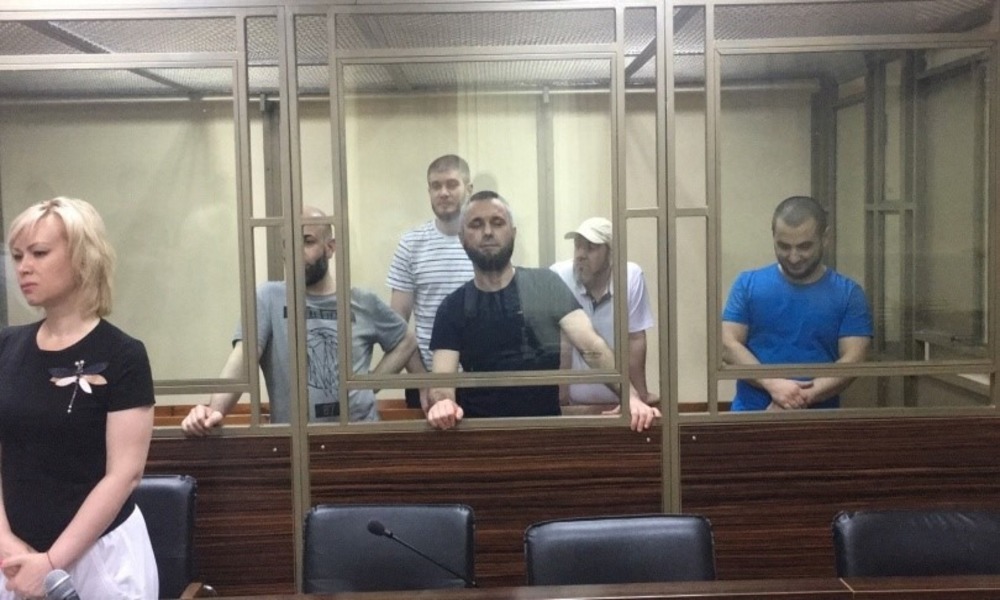 The last hearing of the first Simferopol group’s trial regarding the so-called Hizb-ut-Tahrir case took place on June 18, 2019. The North Caucasus Military District Court in Rostov-on-Don claimed the five accused guilty of belonging to the banned in Russia Islamic organisation Hizb-ut-Tahrir. All of them were sentenced to from 12 to 17 years in a penal colony. The trial ended almost a week after the subsequent series of detentions of Crimean Tatars in the Crimea. Severe sentences and new detentions are elements of the politics of exerting pressure on the new Ukrainian authorities, just as issuing Russian passports for the dwellers of the occupied part of Donbas.

On June 10, in the morning, the Federal Security Service arrested eight people during several searches of houses and flats belonging to pro-Ukrainian activists from the Tatar community. They are accused of membership in the Islamic Party of Liberation (Hizb-ut-Tahrir). Detentions were conducted in the regions of Alushta, Bilohirsk and Simferopol and were targeted at families of 24 activists who were arrested during the previous series of repressions which took place on March 27 and 28. Then, the European Union, among others, was protesting against repressive measures aimed at Crimean Tatars. On June 10-11, the court in Simferopol arrested eight Tatars for two months, until the trial. The arrests were criticised by the US embassy in Kiev.

The accusation of participating in the banned Hizb-u-Tahrir is a convenient excuse to arrest the rebellious Tatar activists. The real reason is their Islamic faith and resistance to the Russian occupation of the Crimea. The Crimean Tatars, who constitute 12 percent of all dwellers of the peninsula, were against the illegal referendum conducted in 2014. Their community majorly boycotted the voting and exposed themselves to the Russian repressions. As a response, in 2016, an organisation “the Crimean Solidarity” which supports families of the victimised Tatars was established. Within the group, there is a network of streamers who record on their mobile phones events connected with political prisoners and cases of a human rights violation by the Crimean authorities.