Ukraine’s energy giant Naftogaz estimated that over 9 billion cubic meters of gas had been extracted from its Crimean assets since Moscow’s annexation of the peninsula in February 2014. And the Ukrainian gas firm claimed that Russia had unlawfully expropriated its assets in Crimea of a total value of up to $5 billion. Although legal litigation between Naftogaz and Russia is pending in the Permanent Court of Arbitration in The Hague, Moscow has no intention to enforce the Court’s judgment, to which it referred to as unfavorable. 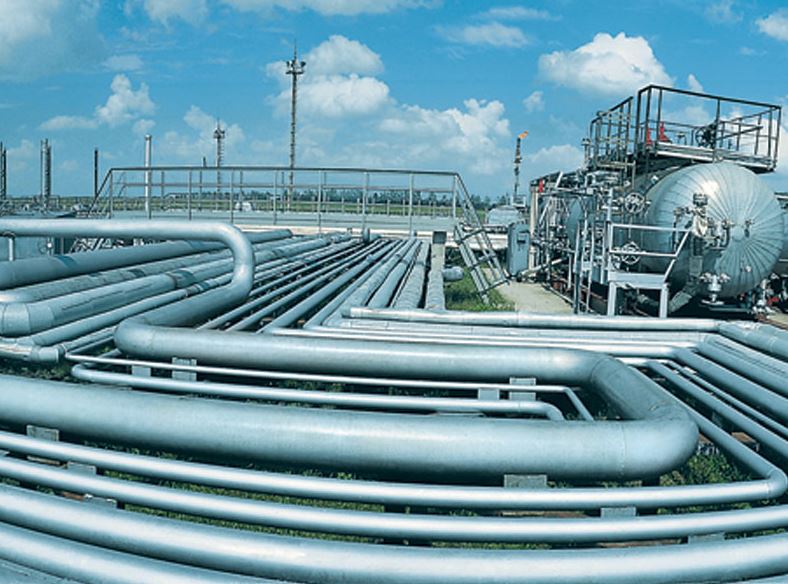 Five years have passed since Russia unlawfully annexed the Ukrainian peninsula of Crimea in a move that triggered profound consequences, including legal ones. Among them was the issue of the Ukrainian state and private-owned property that Russia occupied after having seized the territory of the peninsula, as evidenced by an infamous case of a legal dispute between Russia and Ukraine’s energy company Naftogaz. Chernomornaftogaz, a company belonging to the latter, held in Crimea and surrounding waters valuable assets, including mining ones.


Naftogaz informed that Russia has produced illegally up to 9.2 billion cubic meters, or one-fifth, from all the deposits owned by Chernomornaftogaz since it had annexed Crimea from Ukraine. Russia uses all gas produced in Crimea to meet the peninsula’s current needs, enabling its day-to-day functioning. But, as reported, Russia began two years ago to ship further supplies from the “proper” Russian Federation, mainly due to a drop in gas extraction and recent growth in its overall consumption across the region.
While annexing the peninsula, Moscow also lodged jurisdiction over waters off Crimea, both of its territorial sea and exclusive economic zone, which is an object of separate proceedings in an arbitration court. In consequence, Moscow has for five years claimed a right to extract all local raw materials, including substantial hydrocarbon reserves.

Since 2014, Ukraine has lost 80 percent of oil and gas deposits in the Black Se due to the annexation of Crimea, the Ukrainian authorities in Kiev reported. As for natural gas reserves, they may alone account for several hundred billion cubic meters. It is worth noting that one of the Russian-occupied oil deposits was allegedly to welcome a joint mining venture, developed by a consortium comprising several companies, including American oil company ExxonMobil. With a total value of some $10 billion, the investment was expected to bring a few billion cubic meters of gas per year. And yet, its implementation came to a halt following Moscow’s annexation of the peninsula and sanctions imposed against the Russian Federation.

While Naftogaz launched an arbitration case…

Naturally, Russia’s unlawful seizure of Ukrainian assets made many Crimean enterprises take legal actions. And such was the case of Chernomornaftogaz’s gas assets, a company owned by Naftogaz that commenced arbitration proceedings against the Russian Federation in the Permanent Court of Arbitration in The Hague. So what is the current stage of legal proceedings between Ukraine and the Russian Federation?

Naftogaz filed a lawsuit over its Crimea gas assets, including mining licenses, fleet, drilling rig, and gas pipelines, in the autumn of 2016 yet the Ukrainian energy giant had declared its readiness to initiate the case much earlier. Importantly enough, Naftogaz contracted Covington & Burling LLP to protect its interest in the litigation; more prior, the law firm had represented former shareholders of oil and gas company Yukos, securing for them in another legal dispute $50 billion in compensation. The firm was many years before nationalized, with most assets handed to state-owned oil giant Rosneft.

A groundbreaking ruling was made by the Court in The Hague in March this year, referring to assets held by Naftogaz’s Chernomornaftogaz and a few other subsidiaries while acknowledging Russia’s responsibility for all damages inflicted and commencing to assess their scale. Naftogaz has in turn estimated the losses at $5 billion, yet the company needs to wait for an adequate ruling to be rendered next year by the Court.

… and Russia rejects the Court’s decision

Although the Permanent Court of Arbitration in The Hague on March 1, 2019, ordered Russia to compensate Naftogaz for losses, the Russian side rejected the Court’s ruling the same day, claiming that the issue was outside the jurisdiction of The Hague. Russia is thus likely to adopt an obstruction strategy, making its best efforts to refuse to pay Ukraine, as illustrated by the Yukos case or other legal steps initiated by Naftogaz, including that on a Russia-Ukraine gas contract.

This will in practice mean that when the Court in The Hague orders to collect from Russia a billions-worth compensation, Russia will refuse to pay off the “debt” and the litigation will then partly move to courts in countries where Russia holds assets to be theoretically frozen in lieu of its amounts due. And this situation will de facto translate into freezing the process while preventing the judgment from being promptly and efficiently executed. Russia will, therefore, continue to produce gas from seized Crimean deposits and might in the future – if they manage to develop necessary offshore technologies – drill at much greater depths, extracting gas from where ExxonMobil was initially expected to operate. So Russia’s annexation of Crimea also has its gas dimension.