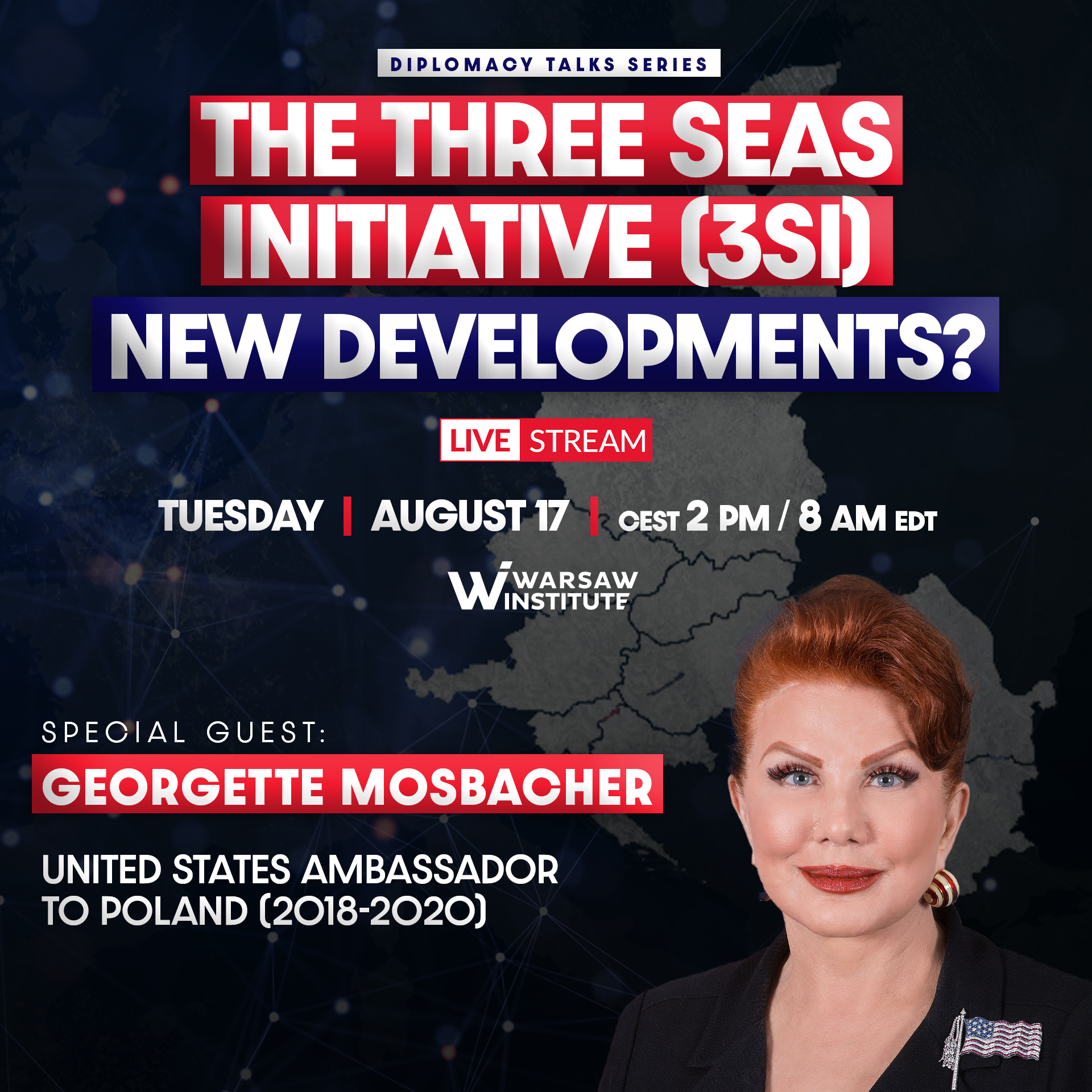 SPECIAL GUEST
Georgette Mosbacher
Internationally recognized entrepreneur, author, public speaker, philanthropist and diplomat. From 2018 to 2020, she was the first woman to serve as the United States Ambassador to Poland.

As ambassador, she provided critical leadership on top diplomatic and security issues in Central European, including tireless advocacy of the Three Seas Initiative. Supported by the Atlantic Council, the Initiative is devoted to fostering economic growth, strengthening transatlantic ties, and countering the malign influence of Russia and China in the Central European region.

Ambassador Mosbacher negotiated with the U.S. International Development Finance Corporation for a Three Seas Initiative Fund. The one-billion fund is focused on developing cross border energy, transport, and digital infrastructure in Central Europe, further integrating Central and Western Europe. Also, intent on spurring private sector investment in the region, she convened the Atlantic Council, the Three Seas Initiative Fund’s investment advisor (Amber Infrastructure), and the regional American Chambers of Commerce, starting a process that continues today. Along with co-chair, General James L. Jones, she leads Atlantic Council’s public-private infrastructure initiative and its first-ever infrastructure project in Central Europe.
As ambasador, Mosbacher also helped conclude an enhanced defense cooperation agreement between the U.S. and Poland, established a firm construction schedule for the plagued U.S./NATO Ballistic Missile Defense Site in Poland, and broke through decades of administrative morass to pave the way for Poland to become the first nation added to the U.S. Visa Waiver Program in five years. This last development was so significant that Polish President Andrzej Duda announced the historic news alongside Ambassador Mosbacher in a rare, national broadcast.

As her tenure was ending, President Duda awarded Ambassador Mosbacher the Grand Cross of the Order of Merit of the Republic of Poland. For her contribution to securing base agreements in Poland, US Secretary of the Army Ryan D. McCarthy awarded her the Department of the Army’s Distinguished Public Servant Medal, the Department’s highest civilian award.

Before government service, Ambassador Mosbacher was a leader in the intensely competitive cosmetics industry, transforming two troubled companies into international powerhouses. As CEO and owner of Swiss-based La Prairie and CEO and later chair of Italy-born Borghese, Inc., she streamlined and modernized multi-continental manufacturing, built up global supply chains, and refocused product design, formulation, distribution, retail presence, and promotion to significantly increase global reach and sales. As a corporate marketing and management consultant in her own Georgette Mosbacher Enterprises, she helped businesses succeed in nearly 100 countries.

Ambassador Mosbacher is the author of two books and the founder of multiple charities, including the New York Center for Children and Protect Our Daughters. She holds a Bachelor of Science from Indiana University.

MODERATOR
Tomasz Kijewski
Mr. Tomasz Kijewski is the president of the Warsaw Institute – a leading think-tank in the Central and Eastern Europe focusing on international relations, hybrid warfare and energy security.

He is a graduate of the national security study program (PASS) at the George C. Marshall European Center for Security Studies (Garmisch-Partenkirchen / Washington DC). For many years he served as a diplomat in North America. The areas of Tomasz’s expertise include hybrid warfare and asymmetric conflicts, counter-terrorism, and energy security. He is currently preparing his doctoral dissertation (PhD).