The Permanent Court of Arbitration based in the Hague while reviewing the case of nineteen Ukrainian legal entities versus the Russian Federation, ruled that Russia is responsible for violating their laws. These violations occurred after the Crimea annexation, when Russian authorities nationalized Ukrainian companies operating in Crimea. The court awarded 158 million euro to them. Russia, since the beginning ignored the trial and does not recognize the court ruling. Moreover, Russia is not going to indemnify the companies for the incurred losses. 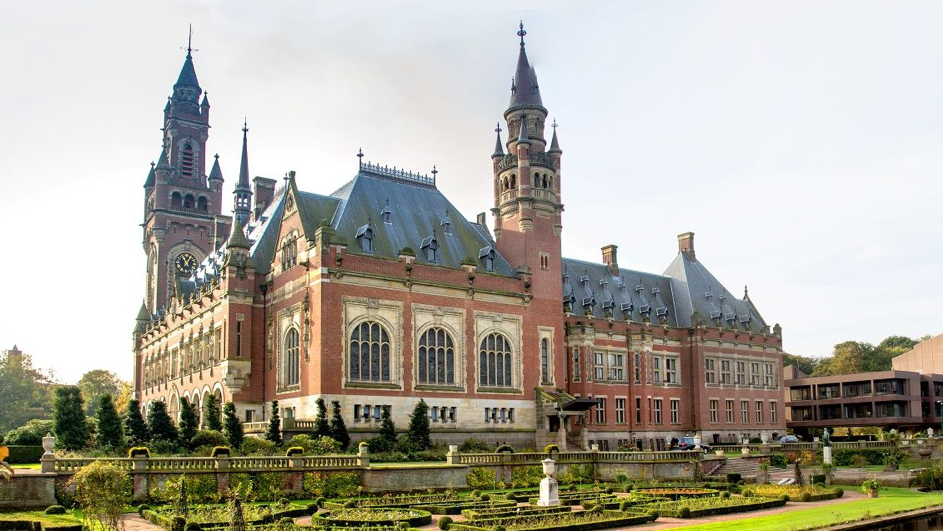 “On May 2,2018, having deliberated, the Tribunal issued its unanimous Award on the Merits, addressing issues pertaining to liability and damages” the PCA release reads. It is the first ruling according to which Russia is obliged to indemnify the companies for the losses incurred as a result of the annexation of Ukrainian territory. Russia should compensate for the losses from March 21, 2014 when the President of the Russian Federation, Vladimir Putin, signed a decree on the annexation of Crimea.

“The Claimants contended that, as of August 2014, the Russian Federation breached its obligations under the Ukraine-Russia BIT [1998 Bilateral Investment Treaty] by interfering with and ultimately expropriating their investments in real estate located in Crimea” according to the PCA. The judgement remains confidential. Legal structure of the petition compels the readers’ attention. It refers to the agreements concluded before 2014 by Ukraine and Russia, before the annexation of Crimea and the war in the east of Ukraine and concerns a fundamental issue: property right. The suit was filed in 2015. Firstly, the Tribunal in the Hague confirmed its jurisdiction over property relations in Crimea: it confirmed that in the eyes of international law it is able to work on this case. This decision was reached in the summer of 2017. Russia believed that the Tribunal will dismiss the claim. When it did not happen, Russia decided to ignore the case. The text: “it is not our business” resembles of Kremlin’s statements at the time of the Crimea annexation: “these are not our soldiers”. As explained by the Tribunal’s spokesman, after the hearing of the merits in this matter was held in October 2017, the court invited the parties to file post-hearing submissions by December 11, 2017. Russia did not respond to that and similarly ignored court’s request to make a valuation of seized property. The litigation concerns a number of residential and commercial properties in Russian-occupied Crimea, including hotels, apartment buildings and individual apartments.

Illegal Crimean authorities began the so called “nationalization” of the Ukrainian property in April 2014. A stage of the wholesale confiscations began in August 2014, when the State Council of Crimea (rus. Государственный Совет Республики Крым), Crimean parliament granted the local government the right to take the property in order to maintain “vital activity”. “Nationalization” involved the assets of Naftogaz, as well as its subsidiaries – Chornomornaftogaz , Ukrtransgas, Liqui, Ukrhazvydobuvannia, Ukrtransneft and Gaz Ukraine. Russia seized 18 deposits, drilling installations, 24 watercrafts, 1196 km pipelines, including 286 km of underwater pipelines which belong to Chornomornaftogaz.

“Nothing was confiscated – claims Vladimir Konstantinov (rus. Владимир Константинов), chairman of the State Council of Crimea – there is a procedure of forced redemption”. Some Ukrainian owners sued Crimea authorities to local courts, which are already taken over by Russia, but almost all rulings were in favor of the perpetrators of illegal seizures. In total, Crimean authorities seized the assets of 250 Ukrainian enterprises and organizations. The ruling of the Permanent Court of Arbitration concerns only 18 Ukrainians companies and 1 private investor, whose assets were seized in the occupied Crimea.

Deputy Minister of Foreign Affairs of Ukraine for the European Integration, Olena Zerkal (ukr. Олена Зеркаль) commented on the thesis (of not only Russian press) that if Russia compensates according to the decisions of international courts, that will mean that Crimea legally belongs to Russia: “None of Ukraine’s claims has any influence on the issue of status of the peninsula – that is obvious: Crimea legally belongs to Ukraine”. “We support the actions of our entrepreneurs defending property law” – Zerkal adds.

Kyiv expressed its satisfaction with the verdict of the Tribunal in the Hague. It follows that Russia is responsible for violating Ukraine-Russia BIT (1998 Bilateral Investment Treaty) on protection of investments and property rights – the so called “nationalization” conducted by the occupation authorities is a violation of the investment treaty; and equally important: Russia must compensate for the losses incurred by Ukrainian companies (159 million dollars), and also cover the costs of the proceedings. The government of Ukraine declared its support for court’s trials for all Ukrainian entities which will file lawsuits against Russia to European courts.

159 million is a small part of the claims of Ukrainian party in terms of the Crimea annexation. Earlier, the Minister of Justice of Ukraine, Pavlo Petrenko (ukr. Павло Петренко) said that the number of damages caused by the peninsula annexation by Russia is estimated at 1 trillion 80 billion hryvnia (2.58 trillion rubles), almost 42 billion dollars.

The Ministry of Justice of the Russian Federation did not acknowledge the decision of the Tribunal in the Hague on compensation for the incurred losses by Ukrainian entrepreneurs in connection with the Crimea annexation. The Russian Federation thinks that “the treaty about investment protection signed by Russia and Ukraine cannot be a legal basis to the settlement of this dispute”, that is why the Russian Federation “does not acknowledge the jurisdiction of an international arbitrage, including the Permanent Court of Arbitration, in this dispute”. The lack of recognition of Tribunal’s jurisdiction makes it practically impossible to voluntarily carry out its decision.

As we remember, several companies won a case in the Court of Arbitration in the Hague against Russia to refund 50 billion dollars. The case concerned illegal Kremlin’s activities towards Yukos. However, at least for now, they do not have any chance to regain money.
Dmitry Peskov, the spokesman of the Russian President announced that Moscow will not implement the decisions of the Permanent Court of Arbitration in the Hague. “Russia was not represented there and did not send its representative to the trial, so we do not consider ourselves as a party in this case”- the spokesman said.

It is worth to recall here an unexpected proposal of the President Milos Zeman from the period of recent presidential campaign in the Czech Republic. At that time he suggested that Russia should pay Ukraine for Crimea. The verdict of The Permanent Court of Arbitration – not only because its low chance of implementation – may be politically useful for Zeman’s realization of proposals, which, for sure, were consulted with Kremlin. Kyiv encourages entrepreneurs to file another lawsuits in the Hague and claims that Crimea has no price, and for sure Russia does not own such money if the price appeared. Russia ignores property right, putting country’s interest first.