Sweden Democrats on the Offensive

Almost from the beginning of the 20th century, the political scene in Sweden has been dominated by the governance of one political environment – the left wing. Over the years, Social Democrats managed to establish a stable socio-political system based largely on the so-called “welfare state”. However, the forthcoming elections in September may change the current picture of Sweden. Most polls show that the present political set up may be disturbed. Will Sweden undergo a political revolution and the right take over the power? 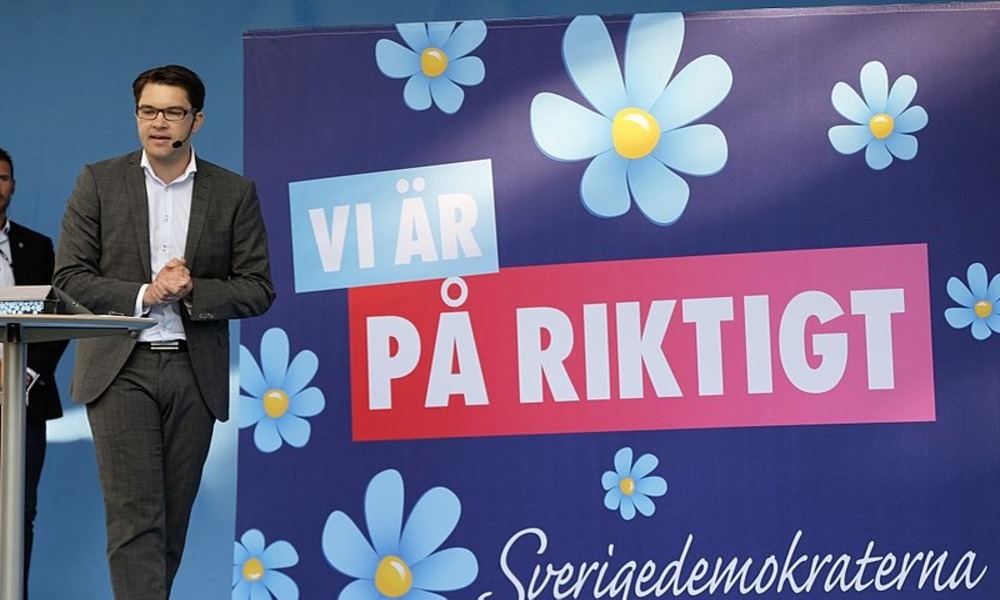 The forthcoming parliamentary elections in Sweden which are scheduled for September 9, may considerably change the regional political scene. Sweden Democrats (Sverigedemokraterna) have high chances to reach the second position in the parliament, and according to some polls, even to win the elections. This party has been established at the turn of 80’s and 90’s and derives from the extreme right-wing movements, from which it deliberately separates from the mid-90s of the twentieth century. Sweden Democrats had been outside the main political game until 2010 when they managed to reach 20 seats in the parliament. In the elections in 2014, they reached 12,9% of votes and 49 out of 349 seats in the parliament. (Riksdag).

The success of Sweden Democrats

Problems raised by the Sweden Democrats provided them with a significant increase in support among the society. In their political campaign, they drew attention to rising problems with the health care system and the increase in crime. But the social attitude to the effects of the migration crisis made the greatest contribution to their success. In the last three years (2015-2018) as a result of the Swedish open door policy, the percent of foreigners living in Sweden with 10 million citizens, has risen from 11 to even 18%. And this negative attitude to the process of migration from the Middle East to Sweden was the main element of the party’s narration which attracted the voters.

We are for it, or even against it

In his official speeches, the leader of the Swedish radicals Jimmie Åkesson underlines that the party does not support the full restriction of migration to Sweden. SD wants to introduce a new regulation which would change the current course of migration and integration. The new policy would provide for more severe restrictions in granting an asylum or a citizenship and would limit the illegal residents on the state’s territory. The most controversial of all party’s proposals is the inclusion not only of migrants, but also of local ethnic minorities (e.g. the Sami) to the assimilation program. Controversial statements by some members of SD also provoked strong emotions.

Åkesson underlines also the need for changes in the Swedish international policy. In his speech for the Sverige Radio, the leader of Sweden Democrats stressed that the EU format was not a proper form of the European cooperation for Sweden. He explains that the current status of Sweden in the EU should be renegotiated and then citizens of Sweden should express their views. In fact, this is heading for the referendum on the exit of Sweden from the EU.

Will Sweden be aiming at SWExit?

A significant support for the Swedish right is an indisputable change in the domestic policy. Despite the fact that Sweden Democrats will probably be the second party in the electoral race, the final result will not rather cause the seizure of power from Social Democrats and their allies. Even though the enthusiasm of the SD proponents is considerable, their leader himself does not think that they will manage to finally defeat the left wing. Moreover, SD does not have a potential to form a coalition which would allow them to establish their club in the parliament: the contradiction of the program with the line of both Social Democrats and Moderate and different views than most Swedish society cause that in the political scene this party is treated as a political outcast. Smaller groupings gathered around the Moderates or Social Democrats will not be willing to cooperate with SD.

If the results of election correspond to the current polls, one may expect that the status quo of Swedish politics will not change. The new government will be probably made of the left-wing coalition. However, this time a new, strong opposition force – Sweden Democrats will have to be included into the traditional distribution of power.