Almost 3 million dollars. This is the price for the Moldovan “Air Moldova” airlines. However, the price is only seemingly low as potential investors have to take into consideration the debt of the company, which would have to be dealt with after the purchase. 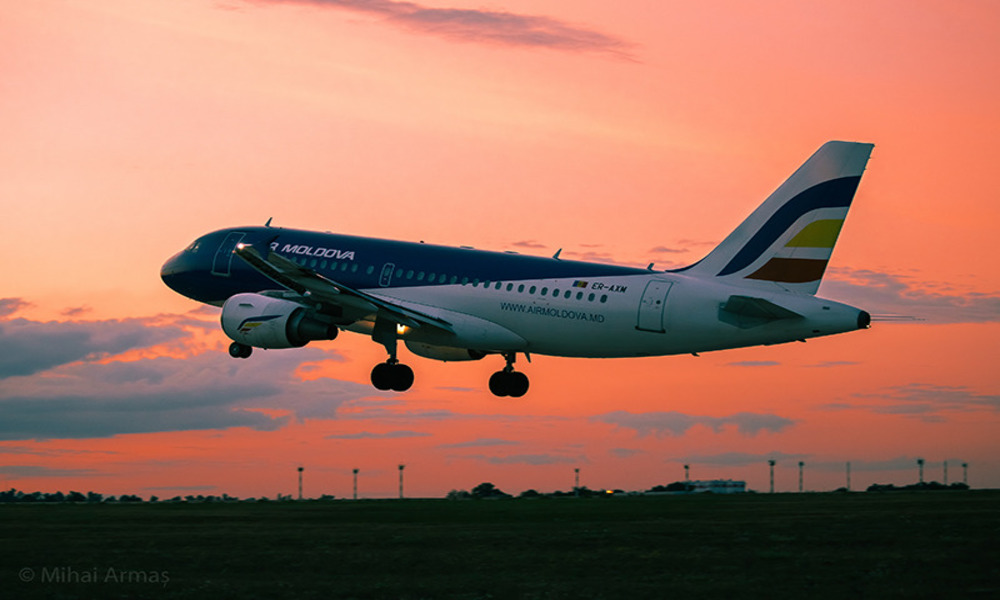 The Moldovan Public Property Agency (Agenția Proprietății Publice; APP) estimated the price of Air Moldova at 48 million leus, which is equivalent to 2.9 million dollars. However, the representatives of the company count on a considerable interest among investors which can result in even higher price. But the significant indebtedness of the company, which now reaches over 72 million dollars, poses a problem. In 2017 only, it has risen by about 7 million dollars. What is more, currently Air Moldova has a small fleet and the network of connection is not very developed as well. It operates flights to several countries of the European Union, Switzerland, Ukraine and Russia. There are 33 connections in total. The fleet consists of four leased Airbuses (two A319 and two A320) and three Embraers E190.

Even though these numbers may not impress, the state-owned company operates almost a half of all flights from and to Chișinău, where the only airport enabling regular connections is located. In 2017, over a million passengers used its services. Moreover, the capital city of Moldova has become a convenient transfer point allowing the operation of flights between Ukraine and Russia which have been in conflict for four years. In 2015, Kiev suspended all connections with their eastern neighbour.

The constantly increasing debts are a barrier which inhibits the development of the company. Representatives of APP and of the Moldovan government expect that they will find an investor or investors willing to buy Air Moldova which in turn would allow the payment of the debts and the development of the company. The offers can be made until September 4 and for now, the interest in the proposal of the Moldovan government is unknown. LOT Polish Airlines, for example, could be interested in the purchase as at the end of 2016 they acquired 49% of shares in the Regional Jet company belonging to the Estonian carrier Estonian Air. The list of those who are interested will be available on September 7.

Air Moldova airlines were established in 1993. At first, both the fleet and the infrastructure were based on the property of Aeroflot which functioned in the Moldavian Soviet Socialist Republic. The first attempt of privatisation took place in 1999, but the process was later deemed illegal and the company came back to the possession of the state. Since 2004, Air Moldova company has belonged to the International Air Transportation Association (IATA). It has a codeshare agreement with, among others, Dubai, Italian and Polish airlines. For now, there are over 500 employees in the company.

According to the official APP website, eleven other companies were put up for sale together with Air Moldova. Among them, there are a Chișinău Zarea hotel, a printing house and a window pane factory. A total starting price for all companies amounts to almost 32 million dollars.