Strengthening between China and Russia with the Ukrainian conflict

On the afternoon of February 25th, a telephone conversation was held between Xi Jinping and Vladimir Putin, where the two sides exchanged views on the ongoing conflict in Ukraine. The Russian president argued the situation and position of Russia’s special military operations in the eastern part of Ukraine, claiming that the United States and NATO have long ignored his country’s reasonable security concerns, repeatedly failing to fulfill their commitments, continuing their advance in military deployment to the east, challenging Russia’s strategic outcome. 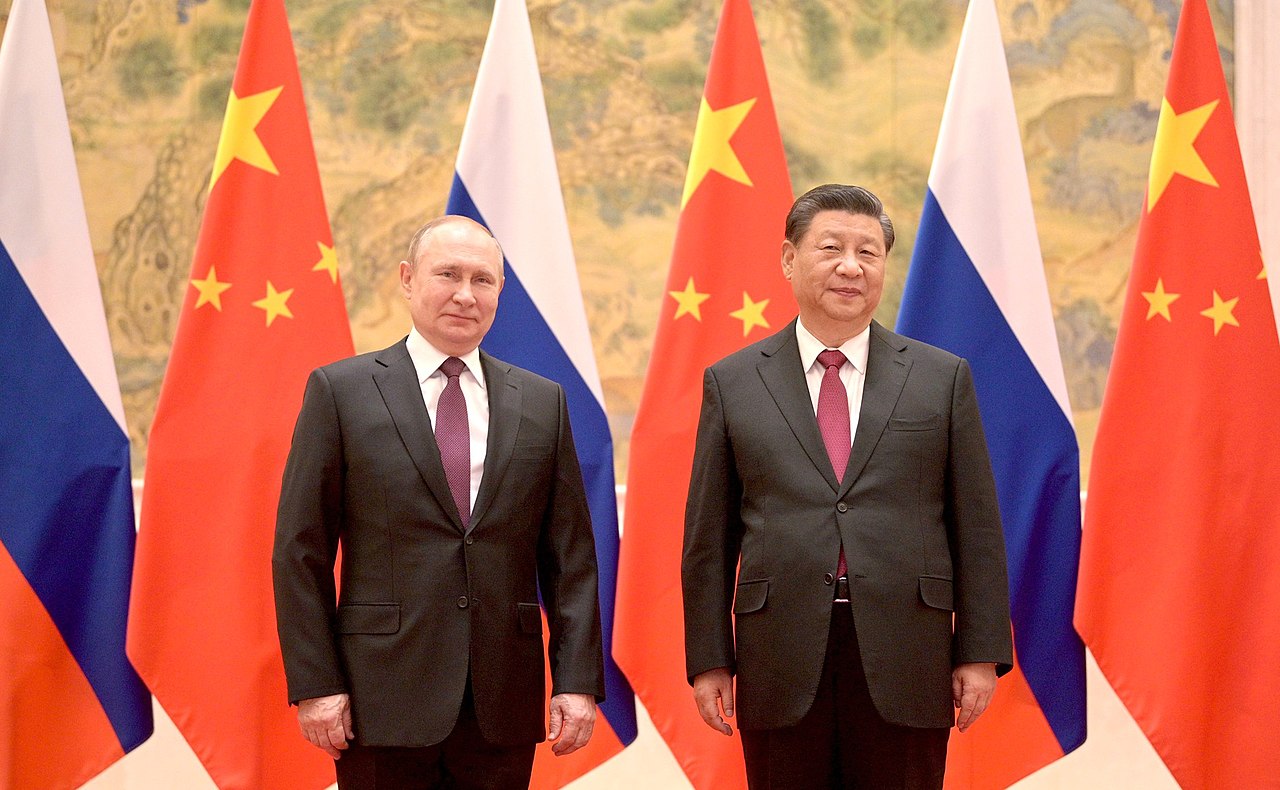 Xi Jinping pointed out that the situation in eastern Ukraine has undergone rapid changes recently, which has drawn attention from the international community. “We must abandon the Cold War mentality, attach importance to and respect the legitimate security concerns of all countries, and form a balanced, effective and sustainable European security mechanism through negotiations,” he said, adding “China supports Russia and Ukraine to solve their problems through negotiation. China respects the sovereignty and territorial integrity of all countries and fulfills the purposes and principles of the UN.” He ended his message by saying that China is willing to work with all parts of the international community to promote a common, comprehensive, cooperative, and sustainable security concept, and firmly safeguard the system with the United Nations at its core and order, based on international law.

Although the Chinese president’s words seem neutral, statements byofficials show a position of notable support for Vladimir Putin. On February 23rd, for example, China’s Foreign Ministry spokesperson Hua Chunying announced that the United States was committing hostilities through its expansion of NATO eastward and the deployment of advanced strategic offensive weapons, adding that broke its guarantees to Russia. In addition, China’s ambassador to the United Nations Zhang Jun called on all parties involved in the crisis to exercise restraint and avoid further escalation. He also added that “China will continue to promote peace and talks in its own way.” The day after, when there were already bombings various parts of Ukraine, the spokesperson for the Ministry of Foreign Affairs of the Asian country, in a press conference, evaded the retort that there had been a Russian invasion and considered that it was an interpretation of the western media, and also added that Russia is an independent country that decides and conducts its diplomacy and actions based on its own interests. On the same day, Wang Yi, head of the Chinese Foreign Ministry, said that she understood Russia’s legitimate security concerns.

On the other hand, analysts Yang Sheng and Xie Jun reported in the Global Times that Russia seemed well prepared for Western sanctions as it has huge energy reserves, including oil and gas, as well as rare metals, stating “Moscow has measures to strike back, and its cooperation with China on payment systems could limit the impact of any Western sanctions”.

Chinese commentators and government representatives echoed the view that the Ukrainian conflict is rooted in a complex web of historical factors that determine the current situation. Beijing’s support shouldnot be a surprise, as both nations share common interests, specifically that both the US and NATO lose leadership by weakening the West and thereby achieving a new international order.

At the same time, China and Russia share an aversion to human rights and democracy. In general, each of the two regimes is comfortable with the political systems and geostrategic perspectives of the other and, most importantly, neither seeks to transform the other.

For the Asian country, the Western sanctions on the country led by Vladimir Putin meant an opportunity to lower the prices of its imports since Moscow needs an outlet for its resources and generate compensatory economic activity, eliminating barriers to Chinese investors, not only in energy but in other sectors such as railways and telecommunications. In addition, Gazprom announced an ambitious project for the construction of an oil pipeline which will cross Mongolia and supply China with almost 50,000 million cubic meters of gas each year. The Chinese yuan could be used to fulfill payment, thus creating a problem for the historical hegemony of the dollar on this type of transaction. We could therefore be witnessing the first stage of failure of the petrodollar system, something admitted by Federal Reserve chair, Jerome Powell, when he pointed out that it is possible that the dollar will cease to be the reserve currency par excellence and share the scepter with the yuan.

As for trade between the two countries, according to official data published by the Chinese Customs Administration, in 2021 exchanges with Russia amounted to a record figure of almost 147 billion dollars, with a trade balance favorable to Moscow of 11,76 billion dollars.

These figures translate into an increase in bilateral trade of 35.8% compared to 2020, thus following the trend of exchanges between China and the world, which advanced by 30%.

Another endorsement came after the recent suspension of payment operations by Mastercard, Visa and American Express in Russia, for which Beijing again came to the rescue. Russian banks Sberbank, Alfa Bank and Tinkof announced on their respective Telegram channels that they are preparing to issue cards with UnionPay,managed by The People’s Bank of China.

In addition to the traditional military, commercial and energy cooperation, both countries see a opportunity to expand their cooperation in the areas of technological development and space exploration.

The biggest threat posed to the West by the strategic alliance between Russia and China is its goal of readjusting the international system to its advantage. While Vladimir Putin seeks to exploit divisions and weaken the transatlantic link, Xi Jinping seeks to secure his broader business and economic interests. China could be the winner in this conflict, since in the long term – as they always project – its objective is to economically colonize the countries of the New Silk Road, a plan in which its currency occupies a fundamental place. If the West does not protect its sovereignty, it will be at the mercy of Chinese interests.