The need for a new opening in Polish-Ukrainian relations or the role of “Children of the Kremlin” in Russia’s domestic policy are just some of the topics discussed during a conference entitled “Polish Eastern Policy 2018” organised by the Jan Nowak-Jeziorański College of Eastern Europe in Wrocław with the participation of Warsaw Institute. 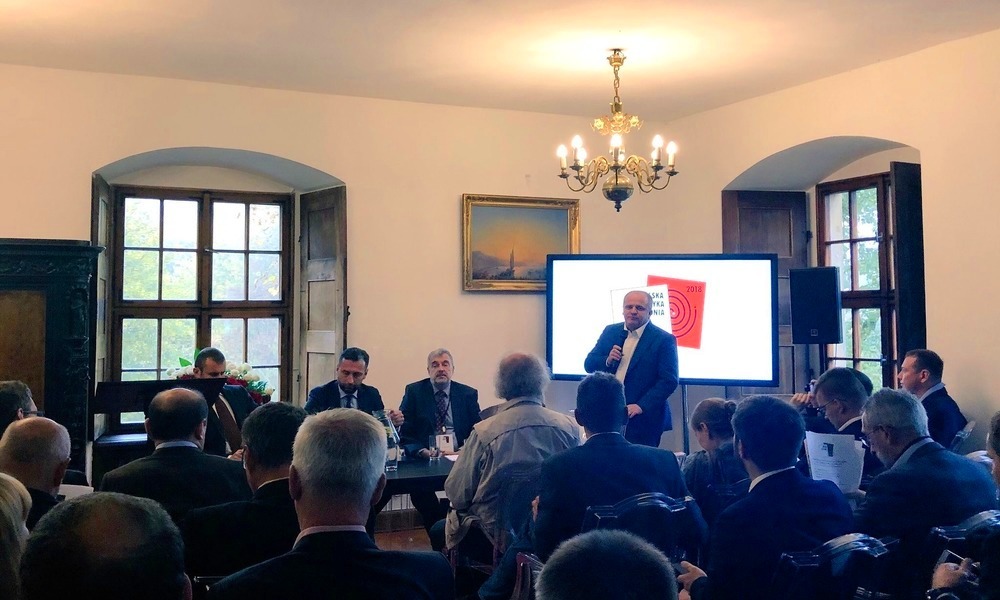 The 14th annual conference “Polish Eastern Policy 2018” was held in Wrocław between 18th and 20th October 2018 under the patronage of the Minister of Foreign Affairs of the Republic of Poland. On the first day of the conference discussion panels were held at the National Ossoliński Institute, during which, among other topics, the role of the U.S. policy on Eastern Europe was raised. From the point of view of Polish interests, a discussion panel on the current and future Polish-Ukrainian relations was important. The participants of the debate tried to answer the question of how Polish relations with Ukrainian neighbours should look like. During the discussion, His Excellency Ambassador of Ukraine to Poland Andrii Deshchytsia voiced his opinion, pointing out that nowadays Polish-Ukrainian relations need a “new opening”. He added that the existing topics have already been covered and that it is necessary to set a new agenda which will connect the two countries.

The next two days of the conference were held at the Water Castle in Wojnowice near Wrocław. Several debates were organised, during which topics regarding the functioning of Eastern European states were discussed. A panel describing the current situation in the Russian Federation, especially the role of the so-called “Children of the Kremlin”, which are the descendants of the most important people in the Russian Federation at all levels of government administration, turned out to be particularly interesting. In short, their poor repertoire of skills and predispositions to govern the country was pointed out. A more important aspect which affects their current position is primarily their family connections. Also, an important topic that was included in the conference agenda concerned the current condition and situation of the Poles in the East. The issue was addressed, among others, by Andrzej Poczobut, a journalist, publicist and activist of the Polish minority in Belarus. The participants of the discussion agreed that the appropriate institutions should take care of the needs of the Poles living, for example, in Belarus, which will generally help in fostering their national identity.

The conference has one again confirmed that there is a need for the ongoing analysis and revision of the current course of Polish Eastern policy. The topic of Polish-Ukrainian relations, which was vividly discussed during the conference, is a perfect example of that.