The Kremlin’s help to indebted Rosneft

Rosneft gained another monopoly for fuel supplies to the state project or institution. This time it is about Roscosmos and its rockets. Igor Sechin’s company also services on an exclusive basis several other big institutions, from the Investigative Committee to MFA. It shows the strength of Sechin and his company’s position – as he obtains subsequent privileges from his enemy PM Dmitry Medvedev, probably on command of president’s surrounding. An increasing debt also is not a threat for them – Rosneft as one of the Kremlin policy tools and as a source of income for people close to Putin can count on financial support from the state. 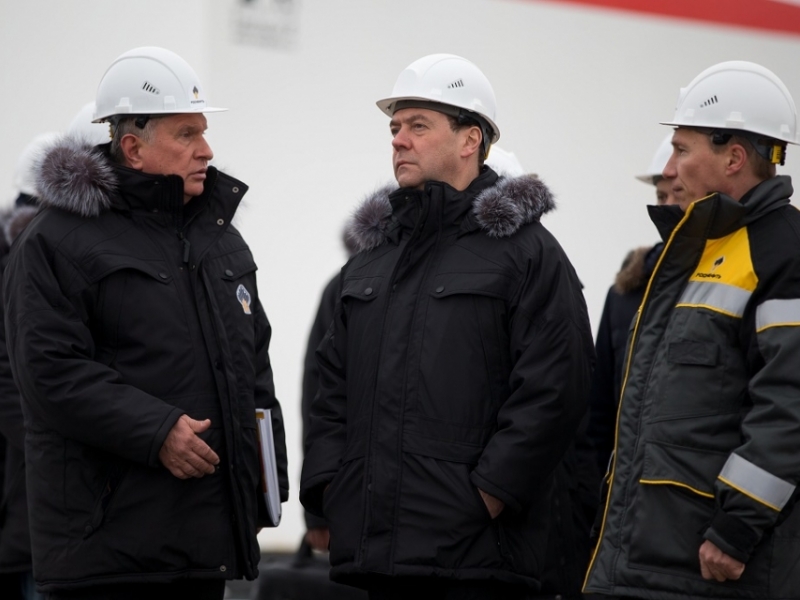 Russian government assigned Rosneft to be the only fuel supplier to the Roscosmos rockets in years 2018-2019. Rockets Soyuz and Angara are to be powered by a fuel called “Naftil”. Its only producer in Russia is Rosneft. Sechin’s company is also an exclusive supplier of fuels for a car fleet of the Investigative Committee in years 2018-2019. It has such a monopoly since 2015 – and the customer is significant as the Committee possesses over 4,000 cars and minibuses. Rosneft is also the only fuel supplier for MFA business transport and for vehicles of Rosgvardiya. Contracts signed in years 2015-2016 were prolonged by the PM’s decision till the end of 2019. Since 2014, vehicles of Ministry of Emergency Situations are also fuelled on Rosneft’s stations.

Profits from these contract can improve the financial condition of the company only to some extent. Rosneft’s debt exceeded the sky-high amount of 4 trillion roubles (USD 64.8 billion). A bigger part of the debt – 2.2 trillion roubles – Rosneft should pay this year. But 1.4 trillion roubles is a debt in the central bank, which is regularly refinanced. Therefore, in fact, the company has to give back 800 billion roubles till the end of this year. But it is still over 4 times more than Rosneft earned in 2017 (245 billion roubles). Service of the debt is a duty of Russian banks because as a result of western sanctions the company was cut off from the international capital markets. For several years, the company is conducting an aggressive policy, taking over subsequent assets within the state and abroad (India, Egypt). They paid USD 5.5 billion for Bashneft, USD 3.9 billion for shares in Indian Essar Oil, over USD 5 billion for investments in Venezuela, USD 2.1 billion is, in turn, an activity in Iraqi Kurdistan. It requires enormous financial means, so Rosneft is constantly being in debt. The situation is improved by the advantageous situation on the market – average price of oil increased by 24%. Part of money for the debt will be probably obtained from other bond issuances on the home market. What about the rest? It can be expected that it might be somehow covered at the expense of the state budget. For example due to tax relieves which are requested by Sechin in the Kremlin and other loans from national banks.