An increase in fiscal burden, a fall of world oil prices and effects of sanctions from the West have a negative influence of the Russian oil sector. The situation has became so severe that the discussions about changes, which will invigorate the production and processing of oil in Russia, have started. The necessity of finding means to stimulate the oil sector, is agreed by everybody, namely co-partnerships and officials. But serious differences in opinions on specific solutions have occurred. Igor Sechin tries to take advantage of the situation, at the expense of the national budget, and wants to obtain financial resources for the dramatically indebted Rosneft. The fact if and to what extent he will manage to push through his idea, will answer the question whether Sechin still has special consideration in Kremlin. 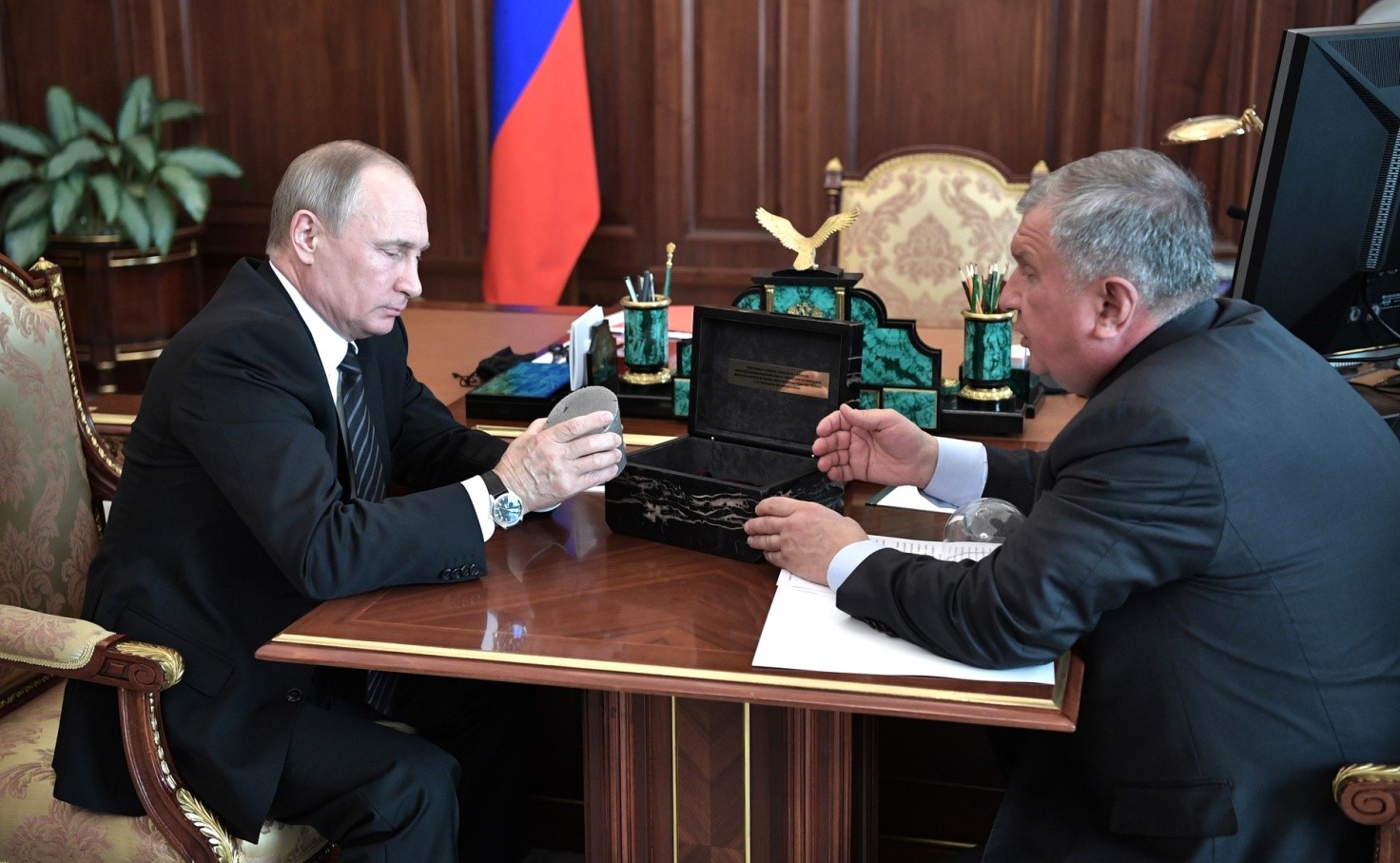 Russia changes the taxation system of oil companies. Current tax on oil and gas exploration (NDPI) is to be replaced by NDD, which is a tax on additional income whose quantity will not be dependent on the amount of produced oil, but on the incomes from material sale, minus the marginal costs of exploration and transport. The discussions on various methods of invigorating the sector are in progress. But the proposals of such concerns as Lukoil or Surgutneftegaz are not as far-reaching as Sechin’s idea.

Indebted Rosneft (the debt exceeded 3.8 bln roubles) has just fallen in the rating of Standard & Poor’s agency, reaching the “speculative” BB+. S&P explains it with the dependence of the cut off from international capital market Rosnieft on refinancing by Russian banks. Sechin, looking for money in every possible place, submitted a plan of invigorating the oil sector, in which Rosneft would gain the most. He asked President Vladimir Putin for tax relieves for the company in a total amount of 145 bln roubles (2.6 bln USD). Sechin additionally proposes a partial transition from NDPI to NDD in 35 pilot projects of various oil co-partnerships starting in 2019.

Such a request was submitted to Kremlin at the beginning of February. Putin ordered the government to familiarize and respond to Sechin’s idea. Three weeks later, on February 27 Deputy PM, Arkady Dvorkovich hosted a meeting with representatives of oil companies and government officials, which ended up in a fiasco. A couple of problems stored out. Different proposals are submitted by oil companies, which is not accepted by the government. But in the government itself there is a dispute between Ministry of Finance and Ministry of Energy. Ministry of Finance is against the idea of big tax relieves. Instead of a state’s support for the most significant refineries (such as tax relieves), the ministry proposes an abolishment of the duty on exportation. However, the Ministry of Energy opposes to that proposal. It points that it is necessary to help the refineries because they bear the costs of restricted duty regime and unplanned increase in excise caused by a crisis. Since 2010, tax burden of the sector has risen by 1.4 bln roubles. Instead of the abolishment of duty on exportation the Ministry of Energy proposes a deliberate stimulation: a support of designated refineries providing fuels to the home market. But at the same time, Ministry of Energy, basically agreeing on the importance of the support for oil co-partnerships, in response to the Putin’s writing on Sechin’s plan, replied that connecting the sector stimulation with the introduction of NDD is pointless. Ministry of Energy for a long time is not an advocate of favouring Rosneft, which may be caused by the influences in the ministry of Sechin’s company rivals, with Gazprom ahead. The continuation of the plan concerning big tax relieves for Rosneft will give an answer to a question if the chief of Rosneft is still as powerful as he was during last half-year.