Who Staged “Russophobic Provocation” in Georgia?

Several thousand people took to the streets of Tbilisi to protest against Russia; however, their rallies quickly took on the anti-government character, and Russia uses mounting tensions to escalate its relations with Georgia. But Moscow gave a threatening tone to the situation and took extraordinary yet unjustified steps. As it seems, the Kremlin will soon seek to play the Georgian issue in several aspects. First of all, this serves to strengthen an image of Georgia as a shaky country in the eyes of the world in a bid to negatively affect Tbilisi’s ever better cooperation with the United States and NATO. Secondly, Moscow is afraid of a change of government in Georgia, bearing in mind that the opposition grew much more anti-Russian that the current ruling team. So the Kremlin sought to present the rally as an example of anarchy targeted at ordinary Russians. And thirdly, Moscow may use escalating strains with Georgia for domestic purposes, while pointing at an external enemy to pose an alleged threat to “Russian tourists” to deflect the attention of the Russians from social issues and concentrate them around the authorities. 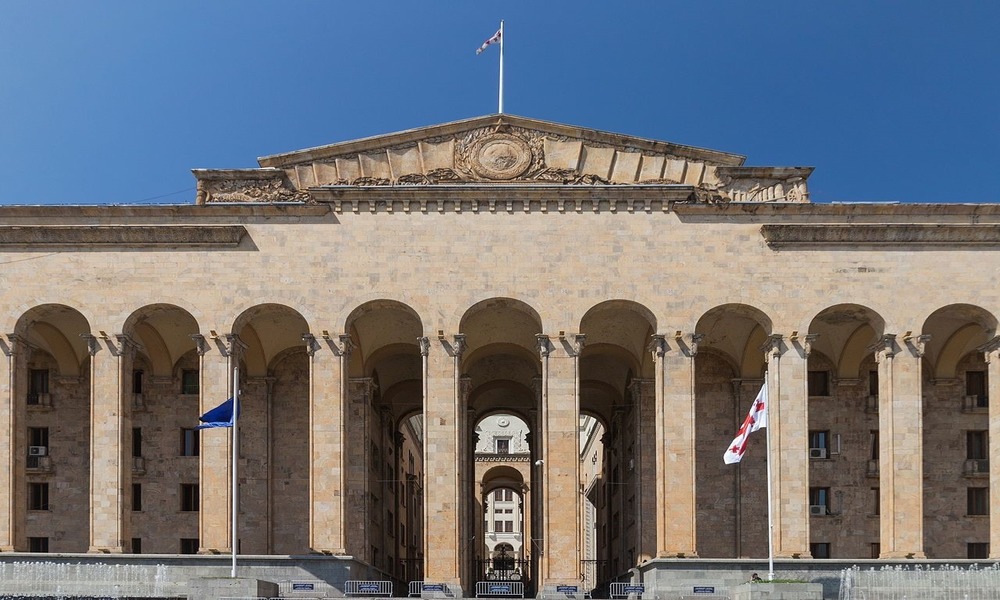 Interestingly, this all exacerbated shortly after the visit of Georgian Prime Minister to Washington and earlier – the trip paid by the NATO Secretary General to Georgia – both of which illustrate a proper political course that brings the country closer to the West. What is now taking place in Russia may discard this image, even if the opposition, whose members seek snap elections, are in fact much more pro-Western that the ruling Georgian Dream party. So after letting a Russian legislator into the Georgian parliament and allowing him to sit on the speaker’s chair, Russia launched both political and media offensive aimed at artificially stirring anger.

Tbilisi’s rallies staged on the night of Thursday, June 20, to Friday, June 21, morphed into a direct clash with the police. Some 240 people were injured, of which 39 police officers. Demonstrators attempted to storm into Georgia’s parliamentary building in Tbilisi, outraged by the presence of Sergey Gavrilov, a member of Russia’s State Duma, who addressed the parliament in Russian from the speaker’s chair. The Russian lawmaker arrived in Tbilisi to take part in an international assembly on Orthodoxy. Moscow’s reaction was exaggerated from the very beginning, with Russian propaganda and the state’s top politicians took advantage of the rallies against the presence of the Russian lawmaker in the Georgian Parliament, portraying the incident as an attack on Russia and its citizens. Moscow’s declaration on the need to protect Russian tourists sounded somewhat alarming while – having familiarised with Moscow’s modus operandi – real provocations might take place, including “attacks” on Russian citizens in Georgia. Kremlin spokesman Dmitry Peskov said on June 21 that protests in Tbilisi are a “Russophobic provocation” which raises serious concerns in Russia that there were aggressive manifestations against Russian citizens. “Such manifestations of Russophobia” may become an issue “as many Russian tourists visit Georgia,” he added. Earlier, Russian Foreign Ministry spokeswoman Maria Zakharova had written on her Facebook account that Georgia was swept by a “nightmarish provocation carried out at the height of the tourist season.”

The same day, Putin signed a presidential decree banning from July 8 Russian flights to Georgia and travel companies from selling holidays to Georgia. Under the document, the president’s decision was justified by security reasons. Russian Foreign Ministry recommended its citizens not to travel to Georgia while appealing to those that are already there not to visit any places of mass gatherings. But social unrest in Tbilisi continued in the following days, prompting a severe political turmoil. By setting off sharp reactions, the Kremlin is bound to affect the further development of the situation in Georgia. Georgian President Salome Zourabichvili suggested pro-Russian factors to stand behind the riots while warning that Moscow will be the one to benefit from internal confrontation in Georgia.