What Vladimir Putin reassured during his annual live phone-in show answering questions and appeals from the Russian citizens, will fail to change the country’s political situation and leverage the president’s popularity ratings. The Russian leader took part in the seventeenth edition of the answer-and-question session, but this time he did not do well at all, missing to allay widespread fears over the decay in living standards and suggesting that the country will not reorient its current policy. 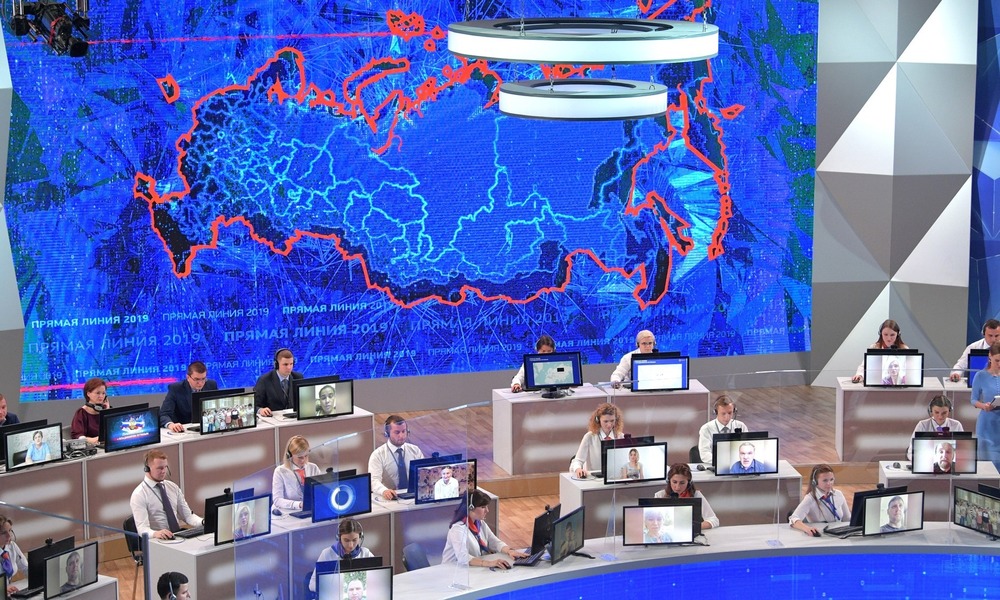 Once introduced, the president’s call-in show was expected to correspond to the old Russian principle, according to which officials, and not the ruler, are to be blamed for all problems experienced by ordinary people. Providing Russian citizens with a direct possibility to ask Putin a question was intended to give them the feeling that they could take their grievances to the very top. And a year after announcing a highly unpopular pension reform, followed by an economic recession, Putin did not dispel these fears. As he admitted, while real wages fell in recent years, now incomes are gradually starting to recover. But instead of putting forward any shifts in the state policy, he argued that the best recipe for all nuisances is to implement his great national development plans.

While handling other issues mentioned during the live broadcast, the Russian leader did not add anything new to what had long resonated in the state policy. Putin pointed to Russia being a military power and the hostility of the West, saying that it is useless to make any concessions to its countries. In a similar spirit, he commented on the problems that Russian foreign policy needs to grapple with. He referred to accusations of occupying Donbas as a lie, reassuring that his potential talks with new Ukrainian president Volodymyr Zelensky will not take place until the latter comes to the negotiating table with representatives for the “people’s republics” in Donbas. This corroborates the Kremlin’s fundamental thesis, according to which the war in Donbas is Ukraine’s internal conflict. When speaking about talks between Moscow and Kyiv on the exchange of prisoners between the two countries, Putin mentioned the name of Viktor Medvedchuk, the leader of the pro-Russian camp in Ukraine, implying yet again that the Kremlin hopes to see him play the role of a mediator. Naturally, Putin said he disagreed with the findings of an international investigation that had been published a day earlier linking Russia to the downing of Malaysia Airlines flight MH17 over Donbas in 2014. “We have our own version, we presented it. Unfortunately, no one wants to listen to us,” Putin said. Also, the president reiterated that Russia is ready to engage in a dialogue with the United States, which also rang the bell. But these prospects seem obstructed by Washington’s domestic issues, with Putin repeating the Kremlin’s well-known argument that Trump could be keen to get along with Moscow but refrains from doing so as he is currently struggling with accusations of pro-Russianism in his own country.

Putin’s live broadcast resembles a ritual that does not bring anything new; neither can the show boost Putin’s dropping ratings, nor is it able to meet even a part of the expectations of the citizens. None of the pro-Kremlin commentators risked going that far, saying that the 81 questions answered by the president helped to bridge the growing gap between Putin and the Russians. The Kremlin faced an alternative: either do nothing and give up the annual call-in broadcast under some pretext or hold it while pretending the authority is committed to listening to what citizens want to say. The latter solution opted for as a lesser evil, which, however, fuelled a belief that this is a theater, with both the main actor and the audience being aware of how purposeless their show is.