Since early October, a lot of military drills have been carried out at Russia’s training grounds: the Russians have recently conducted largest nuclear drills; some time earlier, they have performed joint Russian-Belarusian special forces manoeuvres while Russia’s Southern Military District had held its most important military exercises in 30 years. Moreover, the country’s power demonstration is additionally accompanied by some political warnings. 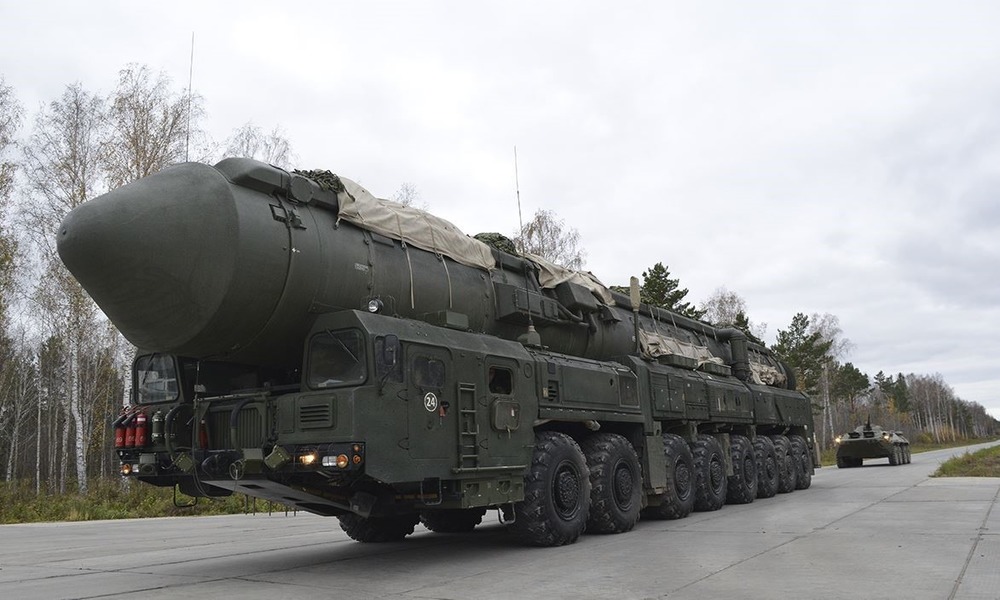 On October 11, Russia’s strategic nuclear forces were put on alert for drills. They were attended by the crews of rocket regiments, nuclear submarines of the Northern and Pacific Fleets as well as Long Range Aviation pilots. Submarine-Launched Ballistic Missiles (SLBM) were fired from one of the submarines of the Northern Fleet in the North Sea (to hit Kura Missile Test Range) and from a submarine of the Pacific Fleet in the Sea of Okhotsk aiming to target the Chizha test range. As for Russia’s strategic aviation, it was represented by Tu-95MS bombers, equipped with new Kh-101 missiles, Tu-160 aircraft and Tu-22M3 strategic bombers, which took off from the airbases of Ukrainka (Amur Oblast), Engels (Saratov Oblast) and Shaikovka (Kaluga Oblast) respectively. Surprisingly enough, the Russian military did not launch any ICBM missiles. Such operation had previously been planned; nonetheless, it is not known whether it failed or it was eventually cancelled.

Exercises were carried out only a day after Russia’s Deputy Foreign Minister Sergei Ryabkov warned that the extension of the New START treaty could have been at risk. Moscow has long proposed such move to the United States; nonetheless, the Trump administration does not seem willing to get involved in negotiations. According to the latest data, exchanged on September 1, 2018, by Russia and the United States within the framework of the New START treaty, the former has deployed 1,420 nuclear warheads and 517 strategic delivery systems (with a total of 775 launchers). So such state of matters means that the number of deployed warheads decreased by 24 while this of strategic delivery systems dropped by 10 (not to mention launchers whose total number reduced by 4). Speaking of the United States, the country has at its disposal 1,398 deployed nuclear warheads (as compared to 1,350 items in February this year), 659 deployed strategic delivery systems (652), with a total of 800 launchers (800).

On October 2-8, Russia’s Southern Military District held its largest military manoeuvers in 30 years; they took place on eight training grounds located in southern Russia, Armenia as well as in Georgia’s separatist region, including Abkhazia and South Ossetia. More than 2,500 pieces of military equipment, including 20 aircraft and 60 helicopters, were deployed to the site. Warships of the Caspian Flotilla, along with air defense units of the Southern Military District, conducted joint drills during which the missile ships of Tatarstan and Dagestan fired Kalibr cruise missiles. On October 1-5, Belarusian special operation forces and Russian airborne troops took part in military manoeuvers near the city of Brest in western Belarus. The drills were attended by as much as 1,500 soldiers as well as they involved over 200 pieces of military equipment.