Russian state-run gas giant makes it difficult to at least secure its gas supplies to Europe as recorded last year. Gazprom’s huge challenge is related, in addition to the drop in gas demand and plummeting gas prices, also to growing import of liquefied natural gas into the European market. This comes as an aftermath of changes in the Asian market and U.S. ever-increasing export capabilities. Experts say that Gazprom’s exports to Europe will drop, and not increase, as the gas company earlier announced. 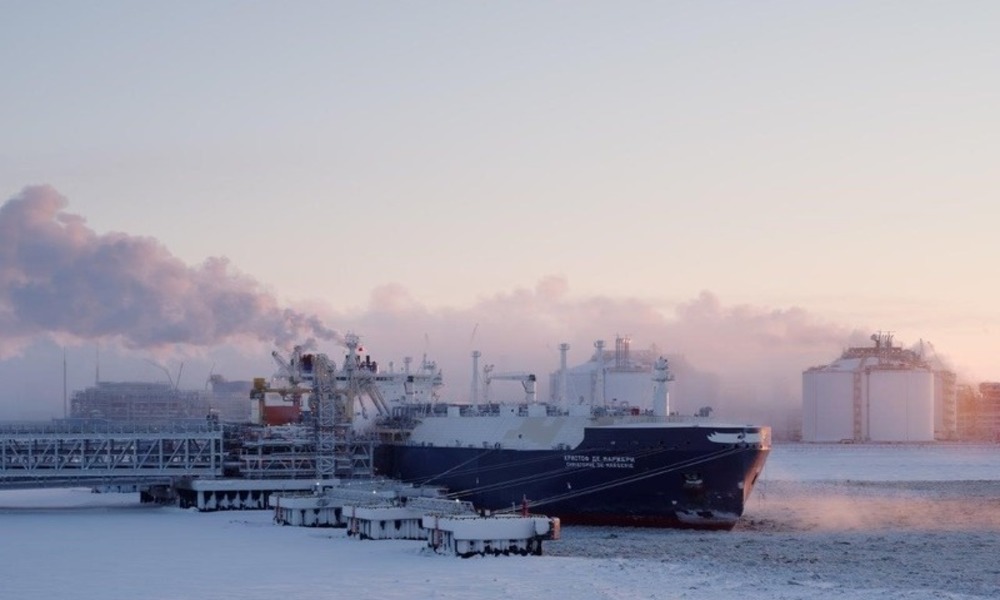 Russia’s gas firm has officially admitted that U.S.-sourced liquefied natural gas (LNG) poses a threat to Russian gas supplies to Europe. This marks a revolution around the firm’s standpoint as Gazprom’s managers so far had downplayed the American energy competition, repeatedly claiming that U.S. LNG supplies are too expensive for Europe, and therefore not competitive for Russian natural gas shipments. Russian Vedomosti daily quoted Gazprom’s internal paper written by Sergei Komlev, head of contracts structuring of Gazprom Export, in which he admitted that the firm will face tough challenges this year. According to his analysis, Gazprom’s position on the European market may be endangered by mounting competition from the U.S. LNG segment that is set to become the main rival for Russian-sourced energy provided by Gazprom. In 2018, its exports to Western Europe rose to 201.7 billion cubic meters (bcm) of gas and so did the firm’s shares in overall gas consumption in Europe, reaching a total of 36.7 percent. Last year, Europe’s gas demand slumped for the first time in a three-year period, though, reaching 550 bcm. Also, the LNG imports have recently boosted: an all-time record high of 9.9 bcm of LNG was exported to Europe in December 2018, a tendency that continued also in January next year. Gas supplies came from Russian-based Yamal LNG plants yet operated by a private gas firm Novatek.

Before, Russia’s firm approach did not change since the beginning of the U.S. shale revolution, with Gazprom officials claiming that the price of American LNG supplies was much higher than Russian natural gas. Also, the share of U.S.-sourced LNG is marginal in the European gas sector, which means that American firms will be never able to compete with their Russian peers in terms of shipment volumes. Interestingly, Oleg Aksyutin, a member of Gazprom’s management committee, said at the annual Investor Day in Hong Kong in February that “Gazprom’s position in Europe is not at risk.” The United States makes more profit from trading gas to Asia, and not to Europe, the Russian gas firm said. This might have been possible if the situation on the global market was not favorable for redirecting LNG purchases from Asia to Europe, an idea put forward by Sergei Komlev. Two aspects will be crucial in this respect: an amount of the premium for fuel exported to the Asian market and short-term rates for sea shipment. As far as in early March, both of these factors acted to the benefit of redirecting U.S.-sourced LNG supplies to Europe. The premium for gas sent from Russia to Asia has almost completely dropped while current prices cover the full cost of sending gas to Europe across the Atlantic. All in all, U.S. firms find it much more practical to sell LNG to the Old Continent while Moscow may be hit by negative consequences provided that the Chinese economy experiences an abrupt slowdown. a solution that results with an even greater quantity of LNG available on the market. Furthermore, there is a prospect of boosting U.S. LNG export capacities, with up to 50 bcm of liquefied gas to be produced, a large part of which is to be shipped to the Old Continent. In February, the U.S. administration issued a permit to construct another LNG export terminal to dispatch raw material to the European market, permitting American gas companies to double their hitherto trade volumes to Europe.