Dislocated in Britain’s RAF Fairford base, U.S. B-52 bombers regularly visit the Baltic region, which causes concerns in the Russian exclave of Kaliningrad. The authorities in Moscow said their fighters managed to intercept one of the U.S. jets, claiming also that Russia also strengthened the anti-aircraft defense of the Baltic Fleet’s main naval base of Baltiysk where it had moved parts of its S-300 long-range surface-to-air missile systems from farther parts of the region. 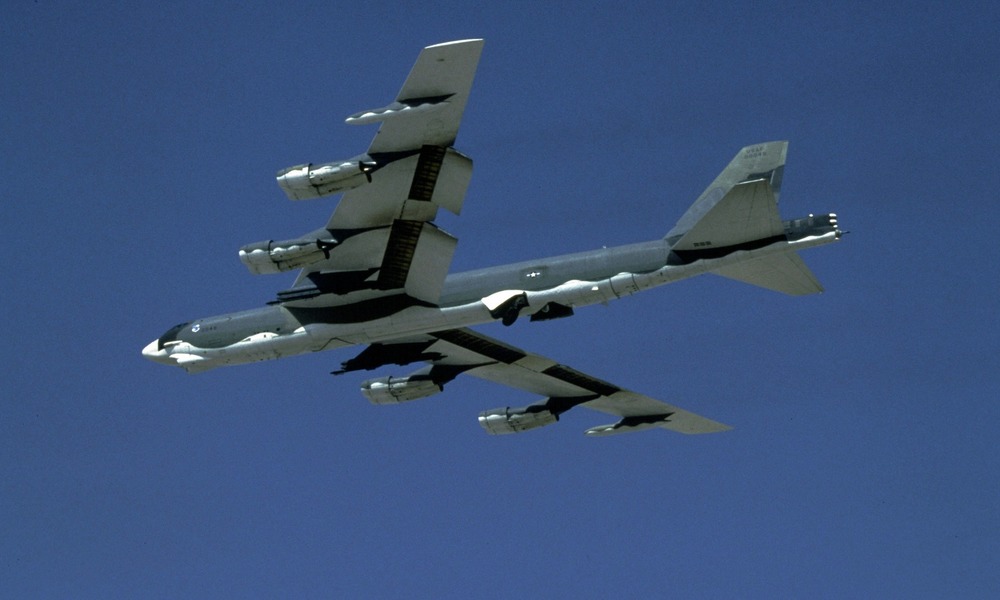 The U.S. Air Force has sent six B-52 long-range bombers to the United Kingdom from Barksdale Air Force Base in Louisiana. The aircraft and over 450 airmen arrived at Royal Air Force base Fairford on March 14 and 15. “This is a routine deployment, but it shows that the US nuclear umbrella protects Europe and demonstrates the unique capabilities the US could bring to Europe in a crisis. The B-52 deployment is yet another sign that the United States is strongly committed to NATO,” the North Atlantic Alliance spokeswoman Dana Lungescu said. For instance, the U.S. Air Force in Europe and Africa said on March 18 that “four U.S. Air Force B-52 Stratofortresses conducted flights from RAF Fairford, England, to several places in Europe including to the Norwegian Sea, the Baltic Sea (Estonia) and the Mediterranean Sea (Greece).” However, Russia seems most concerned about U.S. bombers flying in the Baltic Sea zone, where they have recently been quite active.

According to Russia’s National Center for Defense Management, aircraft of the U.S. strategic air force have carried out seven flights over the Baltic Sea in the ten-day period since March 14. As informed by the U.S. Air Force in Europe and Africa, four B-52 bombers were scrambled on March 22 to maintain the presence in the Baltic airspace uninterruptedly for 24 hours. This served to demonstrate the U.S. ability to uphold increased combat readiness for a prolonged period of time while flying in the Baltic Sea enables the B-52 crew to learn more about the region and to confirm U.S. allied commitments.

Russian social media released on March 20 images allegedly showing intercept of a U.S. jet, with a pair of Russian Sukhoi Su-27 jets forcing an American B-52 bomber to move away from the Russian border, Russian Defense Ministry informed on March 21. The U.S. Air Force in Europe and Africa spokeswoman Renae Pittman on March 21 denied Russian claims that a pair of Russian Sukhoi Su-27 fighter jets intercepted an American B-52 bomber. “On March 20th, the B-52 had a routine interaction with a Russian Su-27 while conducting operations over the Baltic Sea. The pilots were using transponders and operating in conformity with international law. The Russian aircraft did not chase the B-52 away, and the bomber was able to complete its mission,” she informed. On March 23, the Russian Defense Ministry reported that its Sukhoi Su-27 fighter jets were scrambled twice within 24 hours to intercept U.S. B-52H Stratofortress bombers. “Two US aircraft had been detected by the Russian airspace monitoring system at a considerable distance from the state border of the Russian Federation and then were taken to escort,” its press release said. According to Moscow, Sukhoi Su-27 aircraft prevented U.S. bombers from violating Russian airspace.

An intensified activity of U.S. B-52 aircraft in the Baltic Sea might have prompted Moscow to move components of its S-300 long-range surface-to-air missile systems from Gvardeysk to Baltiysk, westernmost town in Russia and the headquarters of the Baltic Fleet. A U.S. strategic bomber that performed a simulated attack from the air might have targeted the Baltiysk base. Finish military expert Petri Mäkelä, who was the first to inform about Russia’s decision to move the S-300 long-range systems, said that this might better protect military assets of the Baltic Fleet. There is no doubt that the presence of U.S. strategic bombers in Fairford and their activity in the Baltic Sea will force Russia to take extra steps to secure its military assets in the Kaliningrad region while limiting the scope of Russian activity in the region.