Putin’s Ultras Say “No” to the “Regime”

A group of Putin’s staunch supporters, whose members expressed bitter disappointment over “betraying” most imperial elements of the president’s policy, has recently intensified its political activities. Although their meetings so far have attracted little attention from the public while members refrain from attacking Putin directly, it cannot be ruled out that this milieu may soon appear problematic for the regime. 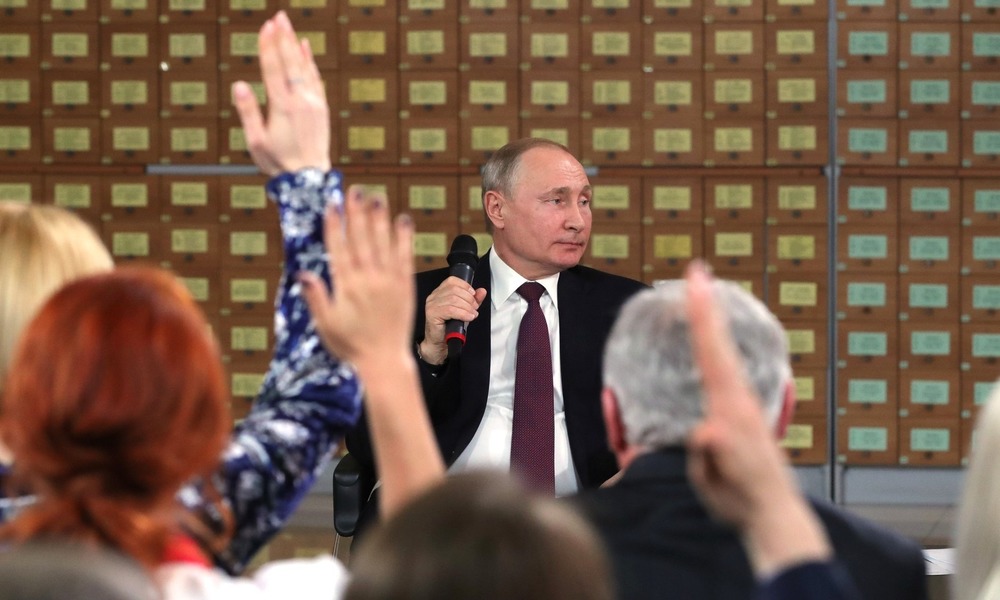 Held on March 17 in Moscow’s Suvorovskaya Square, a rally gathered a total of several hundred people dissatisfied over the Kremlin’s social-economic, foreign and domestic policies. Its organizers referred to the event as a “unification of all Russian patriots representing both left and right-wing groups.” Among members of the organizing committee are Sergei Udaltsov, a leader of the anti-Kremlin Left Front movement, Igor “Strelkov” Girkin, a former Defense Ministry of the so-called Donetsk People’s Republic, a publicist Maksim Kalashnikov and Vsevolod Chaplin, a representative of the Russian Orthodox Church. Earlier, the association had pushed forward similar initiatives, standing behind protests against the possibility of Russia handing over the Kuril islands to Japan. Among protesters’ main demands are also forcing the authorities to withdraw from the controversial pension reform and to resign, increasing the minimum wage of up to 30,000 roubles and recognizing the so-called people’s republics in Donbas.

Udaltsov, who earlier had been imprisoned for carrying out opposition activities, said what his ambition is to show an alternative to both Putin and “pro-Western opposition liberals.” Except for Udaltsov, they all emerge more Putin-like that Putin himself and are convinced that a new war needs to break out soon. Their mission is to fight a battle for traditional values, the land and “the liberation of Ukraine’s fraternal brotherhood to the fascist junta.” The movement aims at uniting people disappointed with Putin’s policy over recent years. After Great Russian nationalist and imperialist attitudes erupted in 2014, it, however, turned out that the regime no longer needs ardent ideological supporters. Not surprisingly, nationalists and imperialists who staunchly called for rebuilding the Stalinist regime might have even felt betrayed. Putin’s regime does not need followers who remember exactly what the leader had said and promised, hoping instead to form a loyal army of people that are intellectually, morally and politically capable of adapting their views to the Kremlin’s official standpoint. Furthermore, such people may reorient their orientation towards a more liberal approach to the West provided that Putin’s administration opts for a new reset in relations between Moscow and the West. Nonetheless, both Girkin and Udaltsov are unlikely to adopt a different approach than that they already represent. This, however, does not always emerge as a political asset, which is particularly true in the context of contemporary Russia.