Sea Breeze in the Unstable Zone

This year Sea Breeze naval exercises are being held in a tense atmosphere. The situation in the Black Sea has not been so dangerous since 2014. This is the effect of the aggressive Russian politics – manifested by the so-called Kerch incident in November 2018. Currently, Moscow is stressing that the Black Sea Fleet is monitoring the activity of vessels taking part in the Sea Breeze 2019. Organizers of the exercises did not want to give the reason for Russian’s provocative actions, therefore, the exercises are taking place in the part of the Black Sea which is distant from the Kerch Strait and the Sea of Azov. 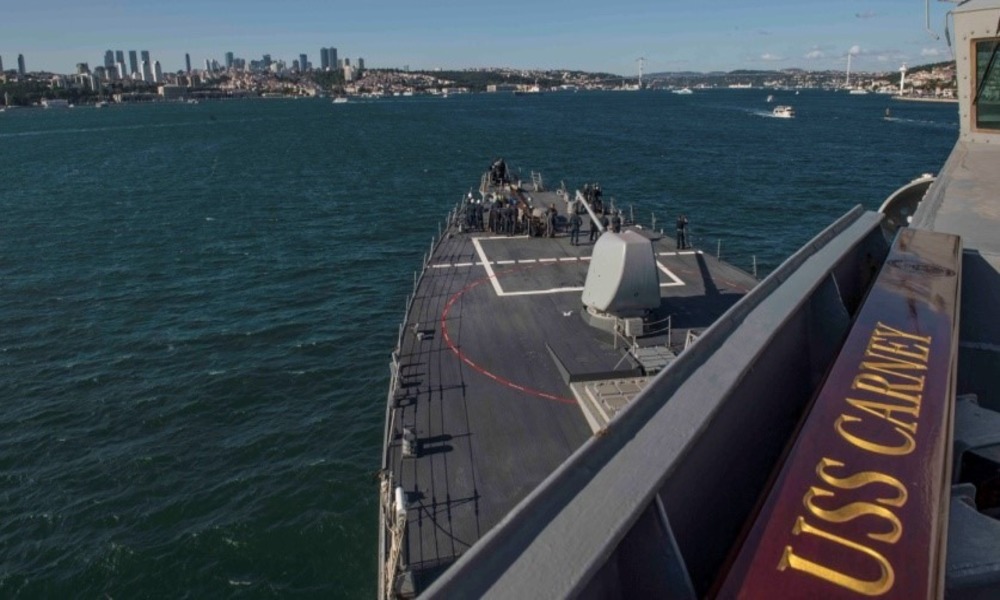 The defence of the critical infrastructure and operations regarding ensuring security in the sea are key issues of the Sea Breeze exercises this year. Americans and their partners from 18 countries take part in the drills. This year edition of the Sea Breeze training is taking place between July 1 and 12. 19 countries, 33 vessels, 26 aircraft and choppers, over 3 thousand servicemen take part in the exercises. According to the Ukrainian Ministry of Defence, this year the following countries participate in the training: Bulgaria, Canada, Denmark, Estonia, France, Georgia, Greece, Italy, Latvia, Lithuania, Moldova, Norway, Poland, Romania, Sweden, Turkey, Ukraine and Great Britain. Among the American participants, there are USS Carney destroyer (armed with Tomahawks) and USNS Yuma expeditionary fast transport.

Exercises are taking place in the north-western part of the Black Sea, in the Mykolaiv, Kherson and Odessa Oblasts. Before the training, it turned out that Russia had closed access to some parts of the Black Sea. This is the 19th edition of the exercises. The Sea Breeze manoeuvres are held by Ukraine since 1997. They are organised jointly by Ukraine and the United States. The drills are of crucial political importance e.g. due to the increased Russian aggression in the Black Sea manifested by e.g. the takeover of the Ukrainian ships in the Kerch Strait region in November 2018 or the following decisions on the reinforcement of the military potential in the Crimea. Nevertheless, one should remember that NATO has recently decided on the reinforcement of the southern flank, especially in relation to the potential in the Black Sea. Except for that, Moscow is concerned about all the subsequent moves of NATO in this region – especially with regard to the war in Syria, but also to the problem of Turkey which has become a weak point of the Alliance.