Saudi-Iranian relations. Can we expect a breakthrough?

The rivalry between Saudi Arabia and Iran is one of the principal factors that shape the image of the Middle East today. There are three key dimensions of it: religious (referring to the rivalry between its two most important denominations – Sunnism and Shiism, which is as old as Islam itself), economic (both countries are major crude oil exporters) and political (Riyadh and Tehran are considered regional powers that try to extend their influence. Naturally, this leads to a confrontation). 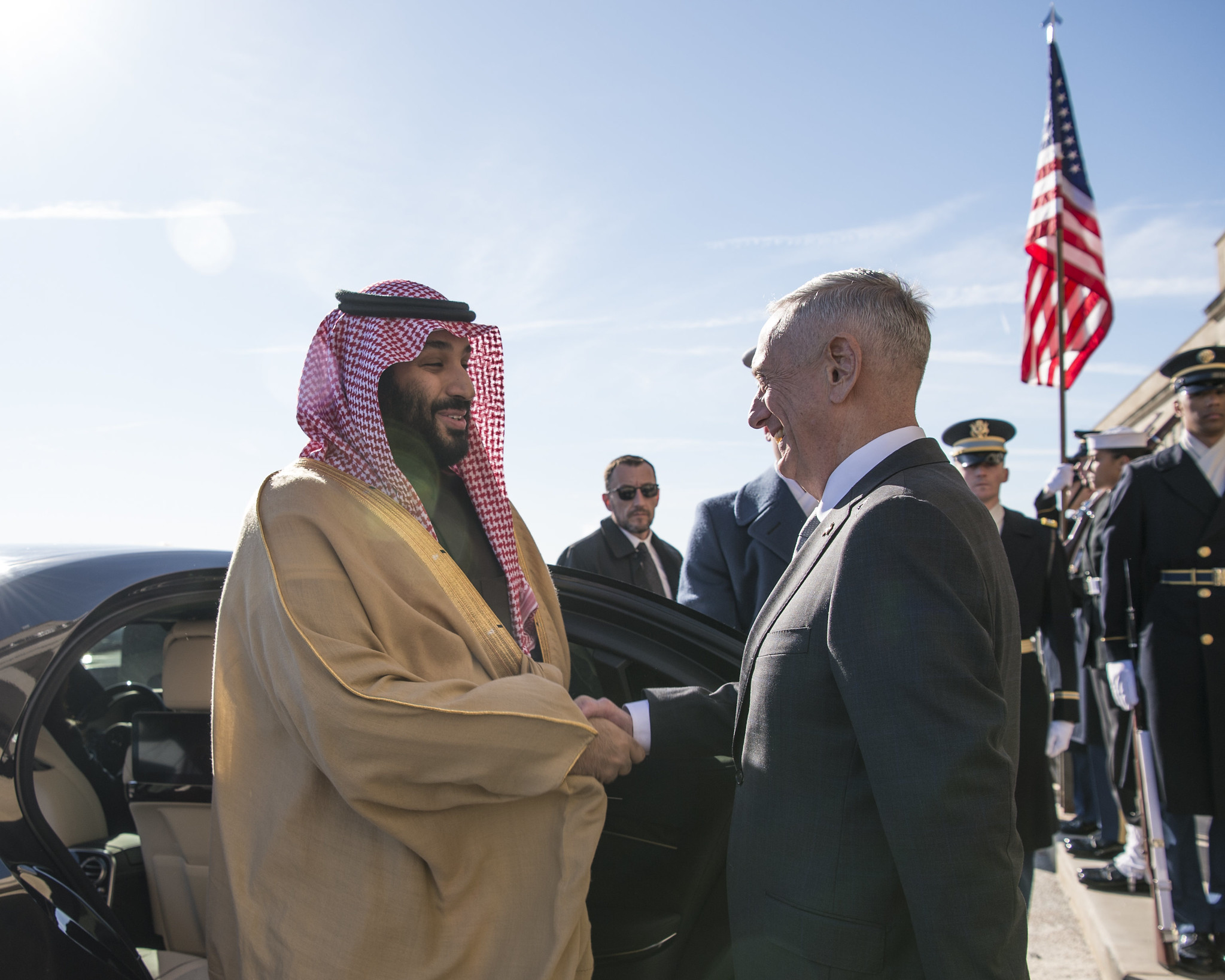 Globally, on the one hand there is a close ally of the United States, and on the other hand a country whose relations with the US certainly could be identified as “unfriendly.” The conflict of interests between Saudi Arabia and Iran became particularly evident after the Arab Spring, which significantly changed the balance of power in the region. Moreover, this event was the source of internal conflicts in which Riyadh and Tehran supported (and continue to support) opposing sides. The recent reports on the talks between the two countries could indicate that the Saudis had to revise their policy towards Iran when the new US administration took over.

The relations between the two countries used to be good before the Iranian Revolution, under Shah Pahlavi. Later, both nations continued to disagree on a number of issues. At that time, Iran recognized the state of Israel and Shah criticized Saudi Arabia for a “lack of modernization.” Yet, bilateral relations were generally cordial and both of them were considered “the allies of the West” in the region. Everything changed after the 1979 revolution, when the Shah was overthrown and the current Islamic Republic of Iran, ruled by Ayatollahs, was established. It should be kept in mind that Saudi Arabia is home to Islamic holy sites – Mecca and Medina. The authority of the Saudis relies on a conservative interpretation of Islam. Therefore, they regard any other extremist religious movements as directly affecting their legitimacy. This is how they have treated both the revolutionary fervor that has spread all over the region and the attitude of the new Iranian administration, considering them a threat to their own authority. Additionally, in terms of security, Riyadh’s policy is based on alliance with the United States. The new Iranian authorities were extremely anti-American and had criticized the Saudis for this partnership, simultaneously using religious rhetoric and competing with Riyadh for symbolic leadership in the Islamic world. For this reason, the Saudis perceived revolutionary Iran as a threat to regional stability and the legitimacy of their monarchy from the very beginning. When former Iraqi leader Saddam Hussein decided to take advantage of the revolutionary turmoil and Iran’s apparent weakness by invading it in 1980 and thus launching an eight-year-long, devastating war, Riyadh allocated significant financial resources to support Baghdad, despite poor relations with Hussein’s regime. Mounting tensions between the Saudis and revolutionary Iran became apparent during the annual Muslim pilgrimage in Mecca in 1987, among others. Then, protests of Iranian pilgrims turned into riots and clashes with Saudi security forces, leading to more than 400 deaths and thousands injured.

Despite several incidents, relations between the two countries improved slightly in the 1990s and the first decade of the 21st century. They began to deteriorate again from 2011 and the Arab Spring onwards, up to a moment when we can talk about open hostility between Riyadh and Tehran. Iran was establishing a network of influence in the Middle East by supporting Shia allies in Iraq, Syria and Lebanon, which threatened the regional interests and ambitions of the Saudis. However, the biggest bone of contention turned out to be Yemen. One of the main anti-government forces in the ongoing civil war there is the so-called Houthi movement, a political and religious Shiite group. In 2014, it had seized the country’s capital (Sanaa), gaining a very strong foothold. Saudi Arabia perceived the rise of the Shiite group near its borders as a security threat. Simultaneously, it accused Iran of supporting the Houthis. For fear of being surrounded by Tehran’s Shiite allies, Riyadh launched a military intervention in Yemen in 2015, which has been moderately successful to date. Instead, the Saudis had to face criticism from the international community due to the numerous civilian casualties that resulted from their military operations. On the other hand, the Houthis have repeatedly defeated significantly larger Saudi units and carried out attacks on Saudi Arabia, including the ones on oil industry’s critical infrastructure.

Towards the end of the second decade of the 21st century, the relations between Saudi Arabia and Iran are at an all-time low. The diplomatic ties were cut off in 2016, after the Saudi Embassy in Tehran was attacked by a protesting mob. The reason for the riot was the execution of Nimr al-Nimr, conducted by Saudi authorities. He was one of the most popular Shia clerics in the country (the east of Saudi Arabia is home to a significant minority following this branch of Islam). It is possible, however, that the embassies would have been shut down and official relations cut off nonetheless, mainly due to numerous other issues, both beforehand and afterwards. For instance, in 2015, during the annual pilgrimage to Mecca, a stampede broke out for unknown reasons. Multiple pilgrims were trampled, most of the victims were Iranians. The authorities in Tehran claimed that the Saudis could not ensure the safety of pilgrims visiting the holy sites. Meanwhile, both sides have also used harsh words against each other at the highest levels. In 2017, the Saudi Crown Prince Mohammed bin Salman called the Supreme Leader of Iran Ali Khamenei “the new Hitler of the Middle East.”

Recent reports concerning a meeting between representatives of the two countries, which supposedly took place in Baghdad in early April, suggest that tensions between Riyadh and Tehran could be eased. Especially since Saudi Arabia has lost an ally (Donald Trump) with the change of leadership in Washington. Trump turned a blind eye to many actions of Riyadh and gave full support to the monarchy in its rivalry with Iran. Joe Biden’s administration has adopted a different approach towards the Middle East. It distanced itself from the actions of the House of Saud and announced an intention to undertake a dialogue with Tehran in a similar form to the one under Barack Obama. Riyadh, which does not have the best PR among the Democrats because of its stance on human rights, the war in Yemen or the case of the murdered journalist Jamal Khashoggi, was forced to revise its previous policy and improve image in the eyes of its key ally – the United States. The first sign of this was an agreement with Qatar and an end of the diplomatic crisis in the Persian Gulf, followed by the willingness to enter into dialogue with the Houthis in Yemen and to peacefully end that conflict. Reports on talks in Baghdad should therefore be understood as another step towards gaining a status of a party that is seeking to deescalate regional tensions in the eyes of the White House. Consequently, can we expect another breakthrough comparable to the Abraham Accords?

A “breakthrough” may be too strong a word, but at least a temporary easing of tensions is highly likely. The Saudis understood that their former confrontational policy did not bring the expected results and that it has to be revised given the loss of the unconditional support from the White House. However, the conflicts of interest and rivalry between the two countries would not vanish. Instead, they would continue, being less overt for now. The fiasco of the “maximum pressure” policy towards Iran is also, in a way, a failure of the Polish Middle East strategy, if one can talk about such at all. Should there be another diplomatic opening between Iran and the West, similar to the one that occurred in 2015, Tehran is going to remember that the “anti-Iran” Middle East summit was held in Warsaw (2019) and that Poland actively supported Donald Trump’s policies.

Author: Maciej Śmigiel
A graduate of the Arabic and Islamic Studies at the University of Warsaw, where he was granted scholarships to Egypt and Morocco. Currently a PhD candidate at the Doctoral School of Humanities (cultural and religious studies). He gained his professional experience as a trainee at the Counter-Terrorism Center in Internal Security Agency, Embassy of Poland in Cairo and National Security Agency.