Introduced at the beginning of the year, new sanctions constitute yet another package of economic restrictions against Russia. First economic limitations were imposed in 2014. Over the last four years, the Russians have somewhat learned to cope with such unfavorable conditions in the oil and gas industry. However, Moscow seems particularly prone to other activities of its Western partners, especially in the case of such project as exploiting deposits under the sea bottom in the Arctic or constructing large gas pipelines to Europe. 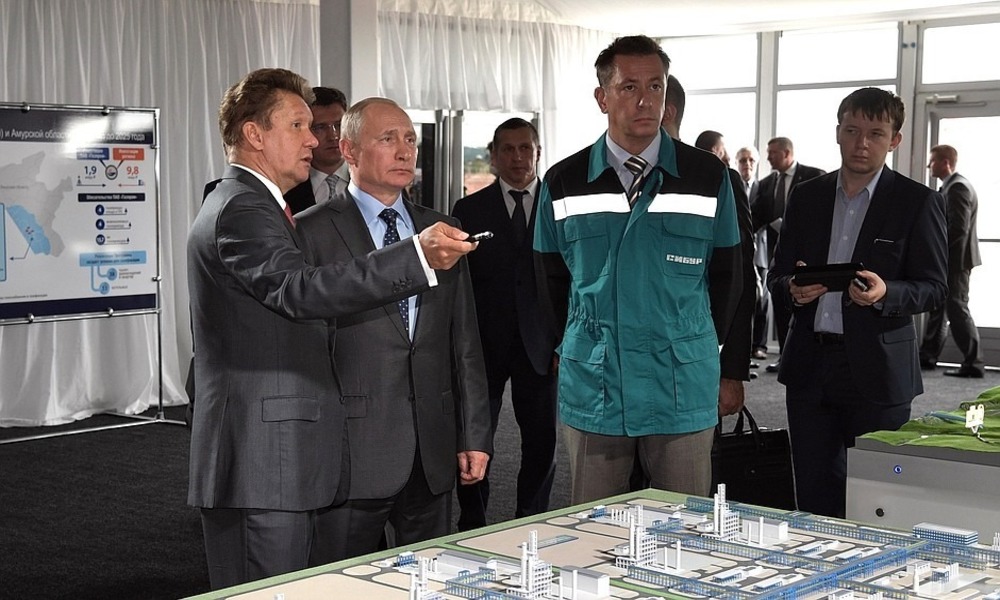 Russia remains highly dependent on profits from the sale of its oil and gas; it is estimated that they have accounted for 34 – 50 percent of the state’s budget revenues over a few last years. Any possible decrease will severely affect Russia’s economy – for instance, by limiting state government expenditures. The U.S. sanctions against Russia, imposed by the Trump administration on August 8, along with some other restrictions prepared by the Congress, can be effective only if they affect the Russian activity in the domain of hydrocarbons – their production, processing and export. Both sanction packages may have a negative impact on Russia’s energy sector – even more if Europe introduces similar measures against Moscow. Russia’s Finance Minister Anton Siluanov described new U.S. restrictions as “unpleasant but not fatal” for the state’s economy. So what is the reason? In recent years, the Russian economy has skilfully adapted to possible consequences of the sanctions. How does it look in the oil and gas sector?

Interestingly, after introducing new restrictions, shares of such Russian companies as Lukoil, Rosneft or Gazprom have slightly gone up. Such state of affairs results from the fact that Russia’s weak currency – the rouble had noted a heavy loss after the announcement of a new sanction package – means high profits of oil giants. Nonetheless, there is also another reason. Since 2014, the Russians have been gradually reducing their dependence on Western technologies and financing as well as they have significantly limited their cooperation with foreign entities in the oil and gas sector. The restrictions imposed by the United States in 2014 prevented a number of oil project from being implemented; nonetheless, they did not impede the growth of oil production – in July 2018, it reached a record result of 11.2 million barrels per day. Russia’s oil giant Rosneft, which accounts for produces 40 percent of Russian gas, has recently tested its own hydraulic fracturing technology. For a long time, the Russian company has been trying to replace Western solutions with other alternatives; nevertheless, the strategy concerned only some individual cases while the Russians had previously planned to adopt such methods on mass scale. Russia may search for an alternative during the next 5-7 years. Nikolai Patrushev, the head of Russia’s Security Council, has recently called foreign dependency on technologies “a serious problem”.

Further sanctions constitute a threat to new LNG projects as well as processing of crude oil and petrochemicals, where both U.S. and European equipment or technologies are used by the Russians on a large scale. And neither Russia nor China can be treated as potential alternatives. In the case of more complex projects – such as the marine ones – the state’s oil production may be significantly hampered. Nonetheless, these are huge international projects, including Nord Stream 2, that are most exposed to potential threats. One of its European investor, Germany energy company Uniper, has already announced that it might not get any necessary financing due to possible U.S. sanctions.

And the Russian oil sector would be seriously impeded if the United States introduced the same measures against Moscow as they had in the case of Iran and it imposed a ban on the purchase of Russian oil. However, such situation is very unlikely to take place. Considering the fact that Russia accounts for over 11 percent of global oil production, any blockage of selling the product would mean a sharp rise in both oil and fuel prices worldwide. In any case, it should be noted that under the Article 307 (b) of the Act of August 8, the United States is not obliged to abandon any exports of petroleum and its products. And Russia’s oil sector would be most threatened if European and Asian recipients of Russian oil, exposed to potential secondary sanctions, would refuse to cooperate with Moscow – every day Russia exports over 5 million barrels of oil and condensate. Despite Western sanctions, Russia is still achieving good results in the key oil and gas sector. However, currently exploited deposits will be slowly depleted while it will be difficult to reach any new ones – even on the self – as such a procedure requires the use of much more complicated technologies. It is not possible to replace all of them so Russia will have to face a considerable drop in hydrocarbon protection in a long-term perspective.