Sabre-rattling in the Crimea. Su-35 over the Black Sea?

Russia is enhancing its military potential in its southern-western flank. This is a response to the increased NATO activity in the Black Sea, but this is also an element of the increasing military potential in the eastern part of the Mediterranean and in the Middle East. According to the media leakage, Moscow will finally realise the promises and deploy its most modern fighters in the Crimea. Almost at the same time, Russian aviation conducted extensive training in the southern part of the state and in the occupied Crimea. 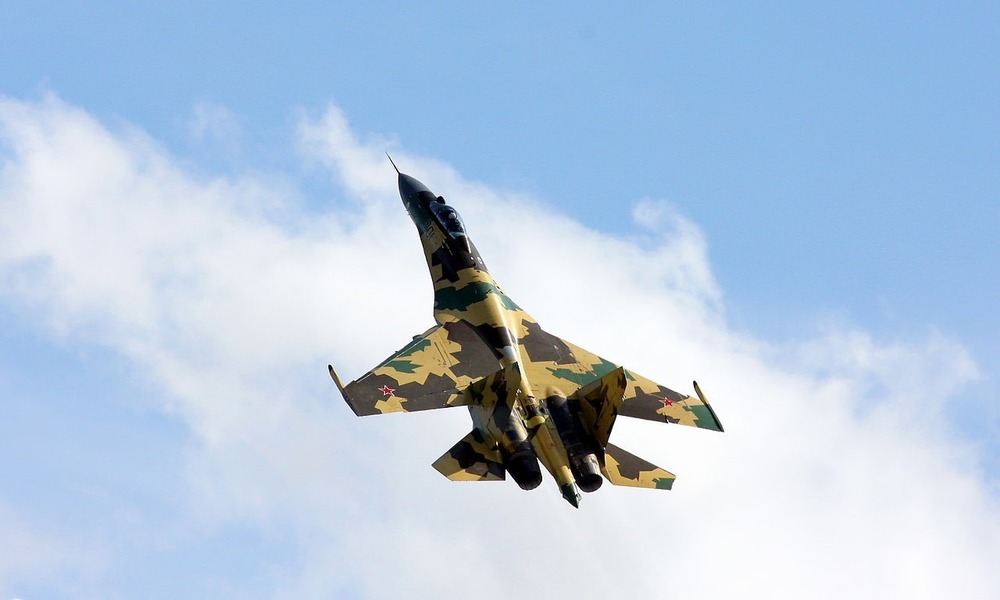 On June 20, Russian army informed that the aviation of the Southern Military District conducted training in southern Russia (Kuban) and in the occupied Crimea. Almost a hundred aircraft and choppers of the 4th Air and Air Defence Forces Army took part in the training. A simulated bomb and missile attack was aimed at targets located in four ranges. Afterwards, the machines returned to their bases. Russians said that Su-30SM and Su-27SM3 aircraft, S-34 and Su-24M bombers, Su-25SM attack aircraft and Mi-28N, Ka-52, Mi-35 and Mi-8AMTSz choppers participated in the training. The air attack was preceded by training regarding returning of the aircraft to their stations after the attack, repelling missile attacks and relocation of machines to other airports. Units stationing in the Rostov and Volgograd Oblast and in Kuban were engaged in this stage of training.

A day before one of the Russian newspapers published information that Russia would deploy the most modern Su-35 aircraft in the Crimea. They are to be a reservoir for the Russian contingent in Syria. The presence of Su-35 in the Crimea is to guarantee Russia control over the airspace of the whole Black Sea. The 38 Fighter Air Regiment stationed in the main air base of the peninsula Belbek, near Sevastopol, will be probably equipped with the machines. Earlier, the Ukrainian military base was located in the Belbek airport. In 2018, Russians built the second runway which allows the service of all kinds of military and civil aircraft, and mainly – permanently – the bombers. Russians are boasting that Su-35 is their best fighter capable of destroying aircraft of the 5th generation. Currently, they possess over 70 such planes.

The deployment of Su-35 in the Crimea would severely enhance the potential of the so-called A2/AD (anti-access/anti-denial). Earlier, there has been installed anti-missile systems (S-400 and Pancyr, among others) and coastline defence systems (anti-ship systems Bal and Bastion) in the Crimea which allowed extending the shooting range to almost the whole central part of the sea. Before, the Russian air and naval dominance was restricted only to the eastern part of the Black Sea. Before the Kerch incident, there were only four S-400 divisions in the Crimea. After the incidents on November 25, 2018, the fifth division was relocated to Dzhankoy. S-300 and Pancyr-S1 systems constitute a strong supplement to S-400. The reconnaissance system Monolit-B, which monitors almost all the Black Sea from Sevastopol, was placed in the Crimea as well. It has a 450 km range of sea surface targets detection and provides the servicemen with high-quality, real-time transmission of foreign units which are currently sailing across the Black Sea. What is more, Russians confirmed that an early-warning radar Voronezh-M will be installed in the Crimea in 2019. This type of radar is able to detect aircraft and ballistic missile attacks within the range of 3500 km. Additionally, there are radio-electronic warfare systems (EW): Murmansk, Moscow and Krasukha. The extension of the airports enables stationing of new types of aircraft and significantly increases the range of Russian aviation in the southern and western direction.