German exports to Russia are still growing while the construction of the Nord Stream 2 energy pipeline is advancing despite joint efforts made by its opponents. Participants of the Petersburg Dialogue forum therefore have good reasons to be pleased with the outcomes of the meeting. Russian-German top-level political ties are becoming better and better, as proved by the first meeting since the annexation of Crimea held between Russia’s and Germany’s foreign ministers at the sidelines of the Russian-German forum. 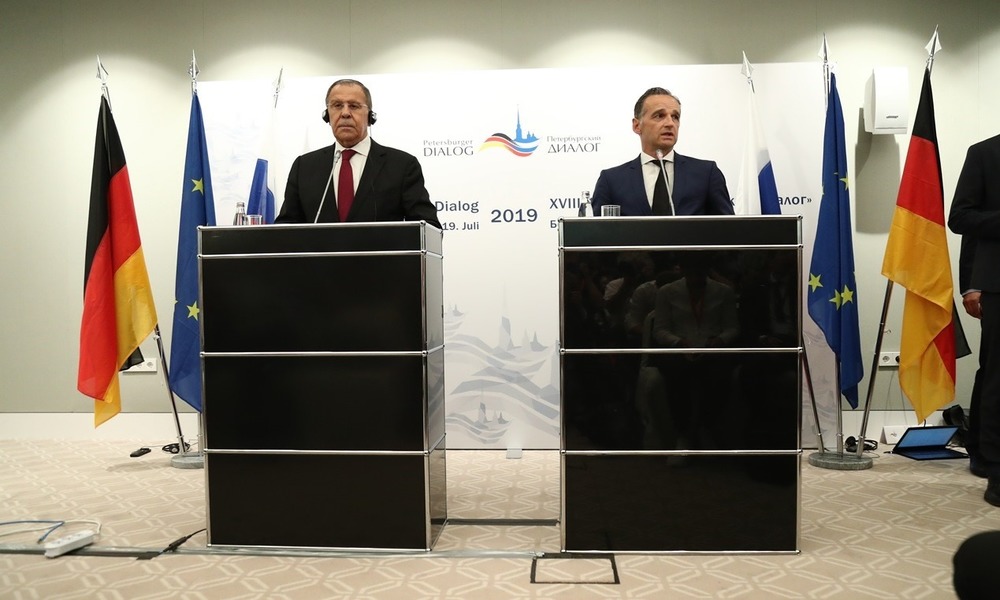 The Petersburg Dialogue Russian-German Public Forum was established by Russian President Vladimir Putin and German Chancellor Gerhard Schroeder in 2001. The event is chaired annually in various German and Russian cities, officially serving as a platform for a bilateral civil society forum. In fact, the annual sessions bring together state authorities and businesspeople from both countries under the guise of enhancing cooperation between Russian and German societies. This year’s edition of the Petersburg Dialogue Russian-German Public Forum kicked off in the German city of Konigswinter close to Bonn on July 18. For the first time since the Russian military intervention in Ukraine, the summit gathered incumbent foreign ministers of the two countries. This marked a slight relaxation in bilateral relations, especially given that Russian and German senior representatives last took part in the forum in 2012. Ahead of the beginning of the conference, German Foreign Minister Heiko Maas stressed the need to enter in a dialogue with Russia. “We will not find answers to urgent international issues without Moscow. We can only achieve lasting peace in Europe if we work together,” he was quoted as saying. This came as yet another signal from Germany whose authorities have eventually given up isolating Russia on the international arena, as such attempts had been made after Moscow’s 2014 invasion of Ukraine. Before holding face-to-face talks on the sidelines of the event, Maas said he along with his Russian counterpart would discuss the Iran nuclear deal, arms control and the situation in eastern Ukraine.

In its politics pursued towards Germany, Russia has long emphasized that sanctions hit both countries while political issues, seen differently by Moscow and Berlin, need to be ignored while addressing economic cooperation. In an interview for the German newspaper Rheinische Post, Lavrov stated that the construction of Nord Stream 2 is proceeding according to plan, with some 60 percent of the pipeline having been laid. Also, the Russian foreign minister lambasted efforts to put the investment to a halt. The Nord Stream 2 energy pipeline project is a symbol of the revival of economic cooperation between Russia and Germany, with both countries having their interest in the shared venture: Russia has an outlet for its raw materials while Germany – for its products, mainly industrial ones.

A few days before the Petersburg Dialogue started in Germany, Berlin said that German exports to Russia recorded a slight increase in 2018 despite the effect of the sanctions and amounted to €25.9 billion, or €130 million, more than in 2017. This is the second consecutive year German exports to Russia have risen. Back in 2012, they hit a record of €38.1 billion while dropped to €35.8 billion only a year later. After the EU imposed economic sanctions targeting exchanges with Russia in July 2014, the value of exports to Russia continued to dwindle, reaching no more than €21.6 billion in 2016. But this negative tendency soon reversed, with Berlin claiming this was due to the improving condition of the Russian economy. But Russia’s GDP has little grown over recent years, prompting a threat of either economic stagnation or even decline.