In the final stretch to the upcoming parliamentary runoff in Ukraine, the Kremlin has boosted its activities, as exemplified by the meeting with the leader of Ukraine’s pro-Russian opposition party, developing a fast-track passport procedure in Donbas or a tough stance on releasing the Ukrainian seamen. By doing so, Moscow hopes to make a powerful pro-Russian camp enter a new Verkhovna Rada. 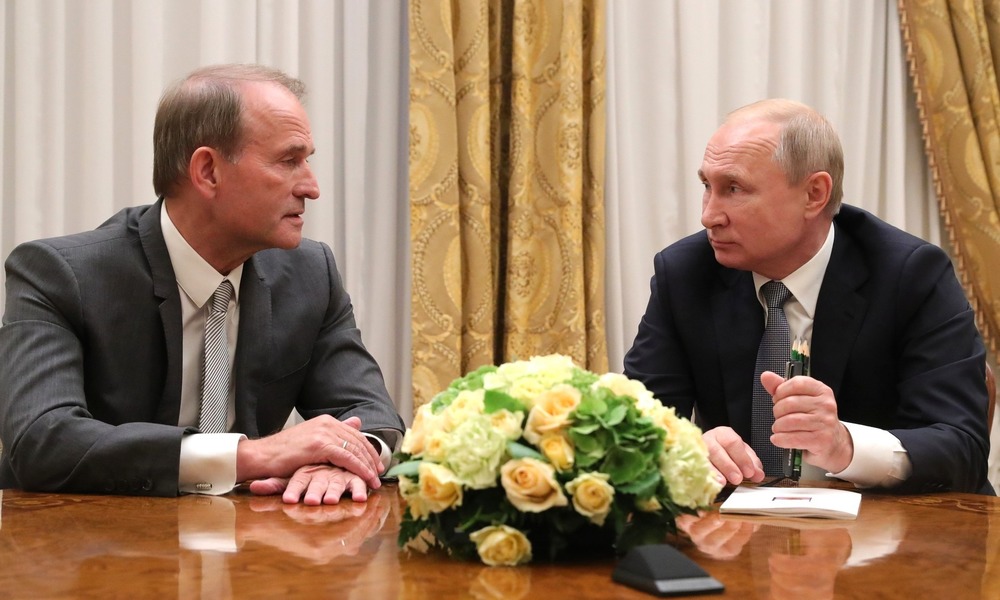 Viktor Medvedchuk, known as an informal ambassador of Russia’s interests in Ukraine, visited Moscow twice before the end of Ukraine’s parliamentary campaign. On July 10, Putin’s comrade took Yuriy Boyko to Moscow once again to meet with Russian Prime Minister Dmitry Medvedev. A similar meeting took place on the eve of the first round of Ukraine’s presidential election in March this year. But on July 18, three days before an election to Ukraine’s Verkhovna Rada, Ukrainian politician was received by Russian President Vladimir Putin in the Kremlin. The Russian leader said that what is extremely important for Moscow is to “to restore full-fledged relations between Russia and Ukraine.” And the very fact that these words came in the presence of the leader of the Opposition Platform – For Life party is a signal to Zelensky and Ukraine’s new ruling camp that any bilateral talks will take place if Viktor Medvedchuk, Putin’s close friend and chief of staff to former Ukrainian President Leonid Kuchma, is invited to the negotiating table. Russia makes its neighbor understand that gas transit agreement is more likely to be sealed if Medvedchuk’s party receives full support from Ukrainian citizens. Also, the duration of Russia’s gas contracts with Ukraine expires at the end of 2019, one of which concerns supplying Russian-sourced energy to Ukraine, albeit it has not been put into practice for a few years while another one refers to Russian gas transit. For its part, Moscow played on time to delay further negotiations on gas transit until Ukraine’s new ruling team came to power. What is more, Russia tempts its neighbor with resuming cheap gas supplies. At the July 10 meeting with Boyko and Medvedchuk, Medvedev suggested creating a joint Russian-Ukrainian gas transmission consortium in charge of operating pipelines running through Ukraine’s territory.

Among issues in Kiev-Moscow bilateral relations is Putin’s push for forcing the Ukrainian authorities to hold direct talks with representatives of so-called people’s republics in Russia-occupied Donbas. This goes in line with Moscow’s narrative on the Ukrainian “civil war” while shifting responsibility for the conflict away from Russia as an actual perpetrator. The Kremlin’s drive to exert pressure on Zelensky in this matter is best evidenced by the fact that Putin issued an expanded decree on the simplified procedure for obtaining Russian citizenship to include residents of Donetsk and Luhansk regions. Also, his July 17 decision came on the eve of the meeting with Medvedchuk and expanded the scope of the April decree allowing simplifying the process for Ukrainian citizens living in Russia-occupied territories to get Russian citizenship. According to the new document, residents of the Kiev government-controlled parts of Donetsk and Luhansk regions can also use this system to get fast-track passports. Recognizing Zelensky’s strong push for halting the fights and enabling Ukrainian hostages serving jail sentences in Russia and Donbas to return home, the Kremlin employs the carrot-and-stick approach. For instance, it rejected Kiev’s demand to release Ukrainian seamen who have been held in captivity since November 2018. Ukraine and Russia have agreed a prisoner swap expected to involve a total of 277 people, with Ukraine handing back 208 captives to pro-Russian separatists from so-called people’s republics but taking back only 69.