Recent detainments of a former minister Mikhail Abyzov and an ex-governor Viktor Ishayev were aimed to undermine Russia’s “liberal” camp while warning regional elites, fitting into the Kremlin’s ever-tightening course in its domestic policy. Not only does the regime suppress the opposition but it is also capable of hitting potential weak links within its own milieu. State coercive bodies, referred to as power structures, are gaining an increasingly strong position under the current regime. 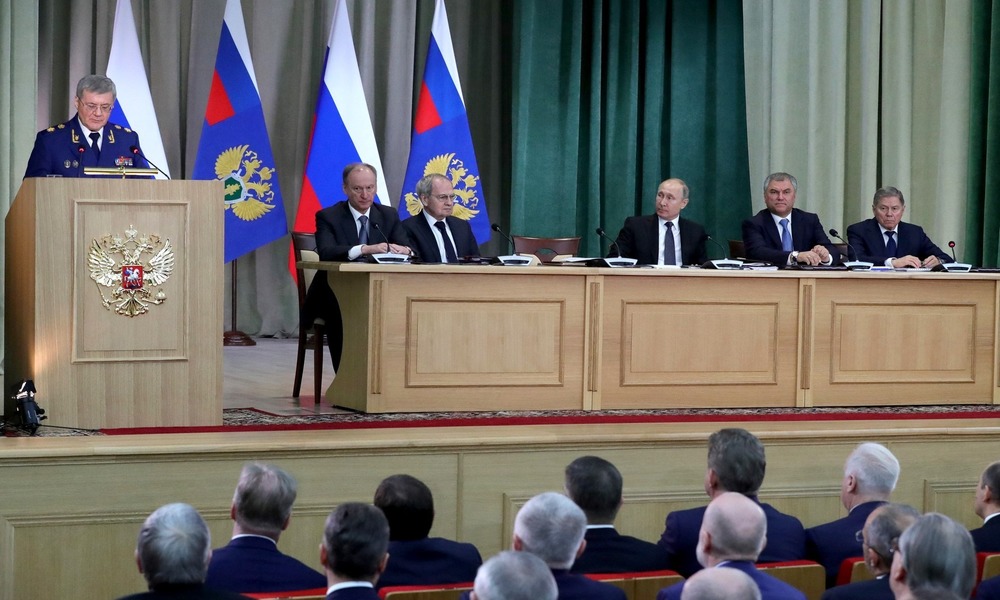 In late March, two former senior officials were placed under arrest: the ex-Minister for Open Government Affairs Mikhail Abyzov and the longtime head of Russia’s Far East region of Khabarovsk Viktor Ishayev, who was arrested only two days later. Both men were detained under corruption allegations.

From a political perspective, Abyzov’s detainment will to a great extent isolate Russian Prime Minister Dmitry Medvedev. On the one hand, this undermines the liberal camp within the ruling elite, indicating that its politicians, who are in favor of modifying Moscow’s foreign policy and making concessions to the West in exchange for relaxing political and economic sanctions, will have no say in shaping the Kremlin’s strategy in the years that follow. On the other hand, though, a weak position of the prime minister provides him with a greater chance of benefiting from the future reshuffles in the Kremlin. Also, Medvedev may again replace Putin as president when the latter steps down in 2024 so attempts are now being made to weaken his political position and strip him of his solid political background. In 2012, Medvedev’s endeavors to build up his network before the 2011 parliamentary elections ultimately led to his removal from the Kremlin.

Ishayev has long been active in the Russian policy: he served as the Khabarovsk governor from 1991 to 2009. He has belonged to a group of regional leaders who has yet gained a strong position on the domestic political arena, among which are former Moscow Mayor Yury Luzhkov or ex-president of Tatarstan Mintimer Shaimiev. In 2009, Ishayev began to oversee development in the Far East as a presidential envoy and minister. Relieved from his duties only a few years later, he became an advisor to the chief executive of the state-run Rosneft oil firm. His placing under arrest served to punish him after he backed the Kremlin’s rival in the regional elections held in Khabarovsk Krai last autumn, which also showed local elites that no politician can feel secure even if he or she no longer wield power in the country.

The recent events marked the end of a two-year period during which no ex-governor nor minister was placed under arrest. Before, a similar detainment took place in the autumn of 2016 when Alexey Ulyukayev, who had served as the economy minister, was taken into custody. The arrests of Mikhail Abyzov and Viktor Ishayev should be viewed in a broader perspective of ever-increasing repressions against business representatives and some members of the ruling elite. Earlier this year, an American investor Michael Calvey and Russian senator Rauf Arashukov had been detained by Russian services, which illustrates how the Kremlin uses its trusted group of siloviki to discipline political elites on the pretext of counteracting corruption in that milieu.