Top officials of Russia’s power structures paid a visit to Tajikistan’s capital of Dushanbe within a few days exactly several weeks after a meeting held between presidents of the two countries. Moscow has in recent time boosted its diplomatic activity in bilateral Russian-Tajik ties. And while the Tajik authorities seek both military and economic cooperation, the latter of which includes thousands of Tajik citizens working in Russia, the Kremlin holds interest in the country primarily due to its strategic location. And Tajikistan, which has been home to a Russian military base since the fall of the Soviet Union, borders with war-ravaged Afghanistan. 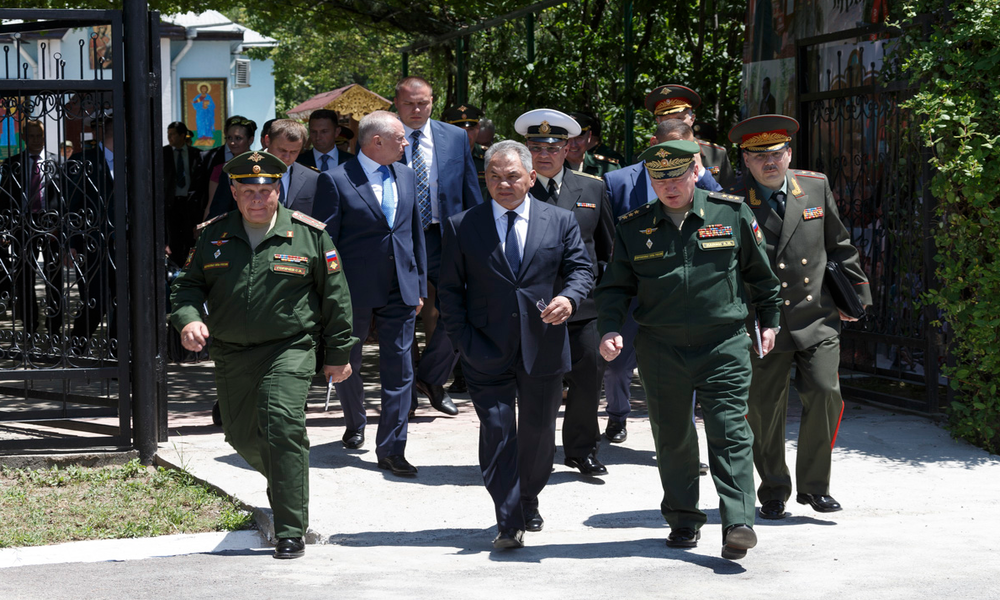 On May 28, Russian Defense Minister Sergei Shoigu arrived in the Tajik capital of Dushanbe for talks. The one-hour discussion between Shoigu and Rahmon was first held behind closed doors in the Nations’ Palace.
In an official statement issued shortly after the meeting, the president’s office emphasized a “strategic partnership,” adding that Rahmon called during the meeting the development of Russian-Tajik military cooperation “a priority of Tajikistan’s foreign policy.” Shoigu then held talks with his Tajik counterpart Sherali Mirzo. As concluded during the meeting, Tajik military forces will take part in the Tsentr (Center) military maneuvers in Russia and in the Collective Security Treaty Organization’s war games in Tajikistan this year. After the talks, Shoigu inspected the Russian military base in Dushanbe being part of Moscow’s military facilities on Tajik soil. About 7,000 troops from Russia’s 201st Motor Rifle Division are deployed to three facilities across Tajikistan. Under the latest lease agreement of October 2012, Russian military forces will be stationed in Tajikistan until 2042.

The main reason for the Russian military presence in the region is an unstable situation in neighboring Afghanistan and the alleged threat of IS expansion into the former Soviet republics in Central Asia. It is likely that Moscow will shortly strive for boosting its presence in Tajikistan in a bid to implement its ambitions regarding Afghanistan. Russian Federal Security Service (FSB) chief Alexander Bortnikov traveled to Dushanbe on May 21. During his visit, he said that militants from the extremist group Islamic State have accumulated their forces in northern Afghanistan.

Recent visits of the Russian defense minister and the head of the FSB in Dushanbe are probably intended to clarify and put into action some general arrangement made during Rahmon’s two-day trip to Moscow in mid-April. Back then, the Tajik leader met with Russia’s senior politicians to discuss the situation of Tajik economic migrants in Russia. Following talks in the Kremlin with Putin on April 17, both leaders signed a raft of documents strengthening bilateral cooperation between the two countries. Although it was officially admitted that Putin and Rahmon discussed economic issues, they also focused on security matters, as it was later revealed. The Kremlin released a statement saying the two leaders agreed to continue joint efforts to “fight against terrorism, extremism, drug trafficking, and the illegal trade in weapons.”