Russian Foreign Minister Sergei Lavrov denounced a raid launched by Kosovo police in the Serb-dominated north of the country as “provocation.” Among detained in the incident was a Russian citizen, released after Moscow’s intervention. The incident sparked off Serbia’s violent reaction, prompting the country to put its army on full combat readiness. For its part, Russia may take advantage of the latest conflict on the Serbian-Kosovo border in its bid to destabilize the situation across the Western Balkans. 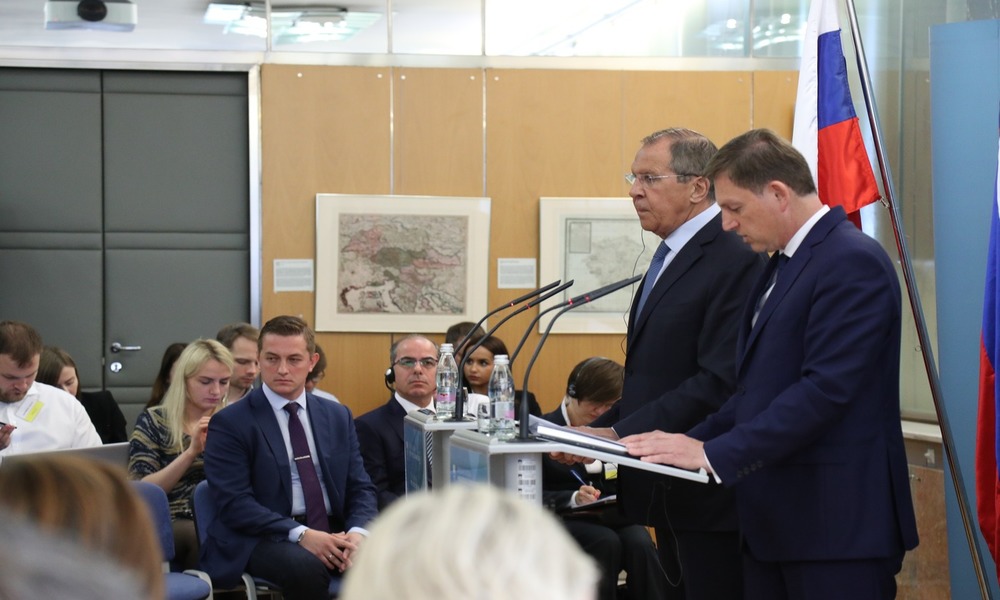 A major operation staged in Kosovo against organized crimes sparked outrage worldwide. This marked the culmination of a months-long investigation of criminal groups involved in smuggling, abuse of power, bribery and illegal trade. The problem is that the police action was carried out on May 28 in the Serb-populated part of the country. During the operation, Kosovo’s police officers faced resistance from the inhabitants of the region. Dozen of local police officers were in total arrested, among whom were ethnic Serbs, mainly accused of smuggling. Belgrade responded to what it referred to as intimidating the Serbian minority by ordering to put its armed forces on full alert. In consequence, a meeting of the Serbian National Security Council was held while President Aleksandar Vučić has warned the European Union that Serbia will react if Kosovo does not pull its special police out of northern Kosovo.

Recent tensions between Belgrade and Pristina traditionally served as a pretext for Russia to intervene, this time giving Moscow an excuse to intervene. Kosovo’s police forces detained a Russian UN employee of UNMIK, the United Nations mission stationed in Kosovo who was released shortly after Russia’s diplomatic intervention. Not surprisingly, Moscow has taken advantage of the latest incident to lambast the West and its policy towards the Western Balkan region. In its official statement, the Russian Foreign Ministry spoke of “the absolutely unacceptable behavior” of the Kosovo authorities is the result of years-long attitude from the European Union and the United States, both of which gave their go-ahead for Pristina’s provocations. Speaking to journalists during his visit to Slovenia on May 29, Russian Foreign Minister Sergei Lavrov claimed that Western forces hope to use the incident to create a “cordon sanitaire” around Russia, created by “drawing” the countries of the region into NATO. Moscow pointed to an ever-increasing pressure on Serbia to recognize Kosovo’s independence, a step that would pave its way for becoming a member of the North Atlantic Alliance.

So Moscow will probably incite the authorities in Belgrade to take radical steps against Kosovo. A spark is enough to ignite a broader conflict in the region. Any armed intervention made by Serbia will trigger off a direct confrontation with NATO peacekeeping forces stationed in Kosovo. And Belgrade’s resentment will by no means be appeased in the light of the EU’s Commission annual report on enlargement progress, published on May 29. Serbian Prime Minister Ana Brnabić lashed out against the European Union for using the double standards in relation to Kosovo. Belgrade held a grudge against Brussels after the latter did not respond to Pristina’s efforts to establish in Kosovo the Community of Serb Municipalities, as stipulated many years ago. Also, Brnabić voiced her concern over the lack of the Union’s firm response to Kosovo’s decision to impose high customs tariffs on goods from Serbia.