The Russian Foreign Intelligence Service, known by its Russian acronym SVR, delivered an official message about the internal affairs of a third country. “In Washington, dissatisfaction is growing with the actions of the ruling Georgian Dream party, which is declining to submissively carry out American demands,” according to the statement published on the SVR website. Clearly, the goal is to drive a wedge between Georgia and the United States, its key ally. 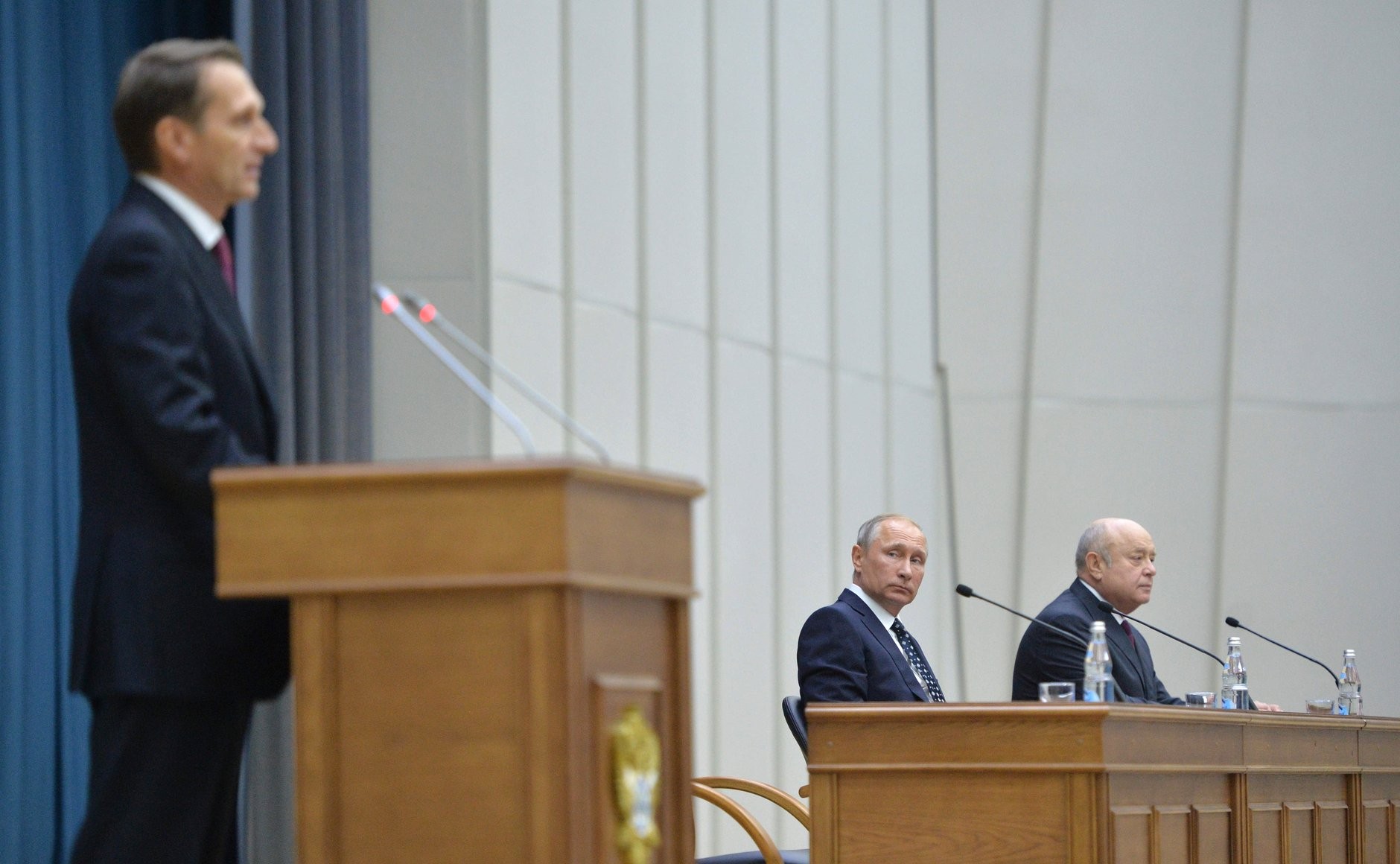 “To restore order in Georgia, the Americans are planning to establish a system to support the opposition and at the same time undermine the position of Georgian Dream,” reads the March 9 statement from the Foreign Intelligence Service. “The White House is irritated that the Georgian Dream is not fully implementing the U.S tasking to follow the path of Euro-Atlantic integration without any hesitation,” reads the statement. Stressing that the United States is pushing its European partners into support for the Georgian opposition parties, the Russian foreign spy agency said that Washington is making efforts to force the government in Tbilisi to follow “American instructions.” What adds spice to the statement is a quote from Sergey Naryshkin, the director of the SVR, saying “since the time of Mikhail Saakashvili, the U.S. has become accustomed to hands-on management of the political processes in Georgia, to dictating how the government should function and what line to pursue in relation to the opposition.” Russia has for years sought to fuel tensions between the current government in Georgia and the West as the Kremlin’s top strategic goals are to halt the efforts of the Caucasian country to integrate with NATO and cement its alliance with the United States. Still managed, albeit unofficially, by Georgia’s richest businessman Bidzina Ivanishvili, the ruling team has recently made a couple of decisions that hit the country’s opposition politicians while raising concerns in the West over the condition of Georgian democracy. The most recent example is the arrest of Nika Melia, chairman of the United National Movement (UNM), which sparked outrage from the embassies of the United States and the United Kingdom, and raised concern in the Baltic States and Poland. Desperate to remain in power, the Georgian Dream is more and more inclining towards undemocratic activities. This cannot be without bias to the attitude of the West, all the more so as the Georgian opposition has long blamed state authorities for covering its pro-Russian political intentions. Accusations might only grow in force with such steps as the recent statement. This puts the Georgian Dream in an uncomfortable position as the party officially does not change its policy to integrate with NATO, but in fact deviates from the course amid its decisions. Russia is making most of this by fuelling tensions between Tbilisi and Washington, its top ally. What is a new thing is that Moscow engaged its most discreet intelligence service. It is still unclear what the Kremlin thought it was accomplishing with the statement. Perhaps it decided to include the SVR in its diplomatic game, at least in some parts of it. Possibly this is just a political game in Moscow and Naryshkin’s desire to emphasize his position as the director of the Foreign Intelligence Service.