At least nine killed soldiers and mercenaries were killed in the battle against jihadists in eastern Syria. The bloody fight ended with Moscow’s another slip-up that occurred less than a week after Syrian President Bashar al-Assad visit to the Black Sea resort city of Sochi. As previously, reassurances on progressive stabilization and military successes have been confronted with the frontal reality. To make matters worse, the United States is not likely to withdraw its troops from Syria. 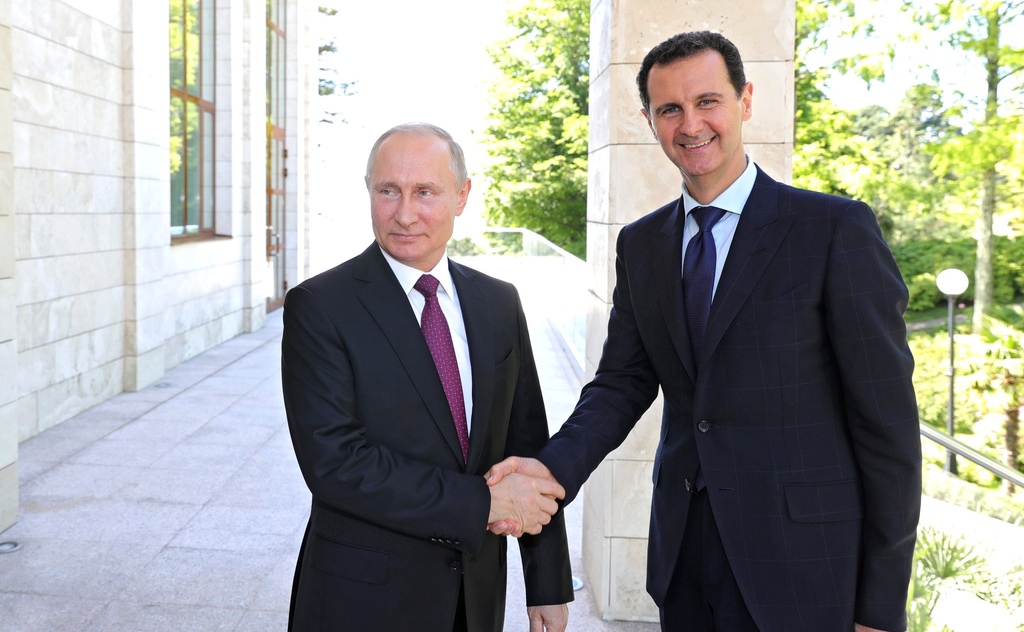 On May 17, Vladimir Putin held a meeting with Bashar al-Assad. Information about the talks was provided with official formulas about the ever-improving situation in Syria and, of course, military successes. Previously, Presidents Putin and Assad met in Syria at the Khmeimim airbase. Mr Putin announced the actual end of the war. A few days later, Russian bases in Syria have been subjected to a series of mysterious attacks. Now, shortly after Mr Assad’s visit to Sochi, the Islamic state reminded of its existence, inflicting heavy losses on the Syrian-Russian coalition in eastern Syria’s Deir al-Zor province.

On 27 May, Russian Defence Ministry informed that four Russian military personnel had been killed in fighting in eastern Syria. The Russians allegedly died in the Deir al-Zour governorate “after several mobile units of the Islamic State attacked a Syrian Army artillery battery”. Two Russian military advisers were to be killed on the spot whereas five other military personnel were wounded and they were taken to a Russian military hospital. Two of them died of their wounds. So far, Russian toll in Syrian battle increased to 92 casualties. Officially, it was not informed about the exact time of the attack.

According to the Syrian Observatory on Human Rights and the findings of independent Russian media, the battle took place on May 23. Islamic State militants allegedly attacked Russian soldiers. The fighting, which lasted about an hour, occurred near the town of Mayadeen. Killed Russians had been helping to direct Syrian artillery fire. The Syrian Observatory for Human Rights claimed that nine Russian soldiers alongside at least 26 Syrian army troopers had been killed in the attack. Russian casualties included not only military personnel but also mercenaries from the Wagner Company. According to regional Russian media reports, among them victims, there are four residents of the Zabaikalsky region and two people from Bashkortostan.