Different versions of Nadiya Savchenko’s past (ukr. Надія Савченко), her political and intelligence connections appeared in the media in the aftermath of her arrest. The Hero of Ukraine is suspected of preparing a terrorist attack on the top Ukrainian politicians including the president. We are about to see a political thriller strongly connected with a presidential campaign which has already started. 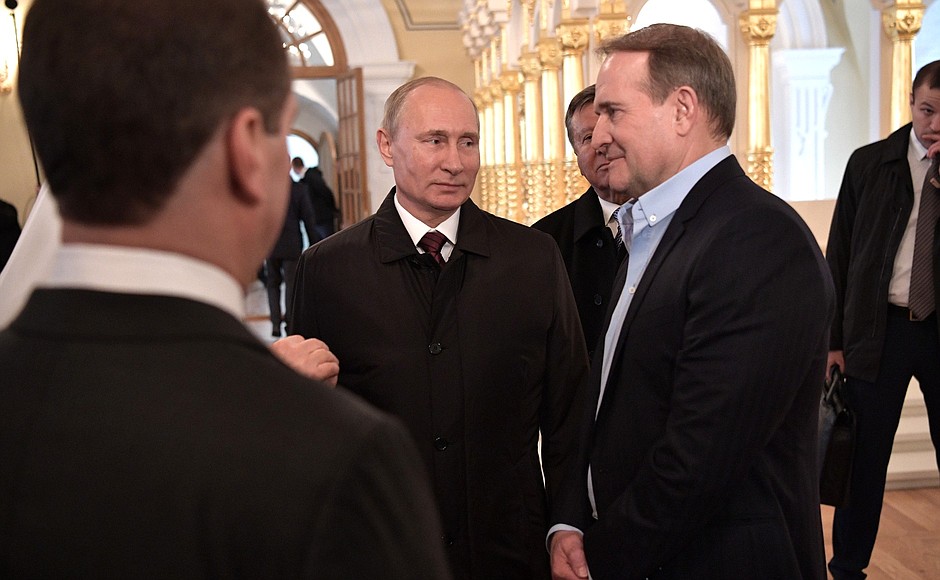 An interesting piece of information came from the Administration of the President of Ukraine. It turned out that the special services of this country had not checked Savchenko’s dossier before the President, Petro Poroshenko (ukr. Петро Порошенко), conferred the title of the Hero of Ukraine upon her. The President and his associates relied only on the narration presented by the media, especially on the Internet. At that time, while trying to get Savchenko’s graces he was competing with Yulia Tymoshenko (ukr. Юлія Тимошенко), who placed imprisoned Nadiya on the first place of Batkivshchyna’s election list (ukr. Батьківщина – Fatherland) in election to Verkhovna Rada. Today they are both trying to distance themselves from her. Poroshenko has prepared the ground to announce that he had been misled. Tymoshenko is sympathizing, in a feminine way, with her deputy who is lost in a jungle of brutal politics.

The current Prosecutor General of Ukraine Yuriy Lutsenko (ukr. Юрій Луценко) said in one of TV interviews that “Russian trace” is an important clue in the investigation. Prosecutors are investigation Savchenko’s relationship with Viktor Medvedchuk (ukr. Віктор Медведчук), the chairman of social organization Ukrainian Choice, who is privately, and also politically, a good friend of the President of Russia Vladimir Putin. Putin and Svetlana Medvedeva (ros. Светлана Медведева), the wife of Russian Prime Minister, are godparents of Medvedchuk’s daughter.

Medvedchuk is a supporter of Ukrainian and Russian alliance. Ukrainian Choice opts for Ukrainian federalization, its division into independent regions. There is no mention of NATO or the EU in the organization program what is in accordance with Kremlin’s line.
However, the program of the organization is not the most important in the current conflict between Ukraine and Russia. What is the most important, is that Medvedchuk has Putin’s phone number. He is Kremlin’s éminence grise. He does what he has been doing for his entire professional life.

As a young lawyer, he defended Vasyl Stus (ukr. Василь Стус) – Ukrainian poet who was accused of anti-Soviet activity. His task was to support the prosecutor in the trial. He said that at that time, when Ukraine was regaining freedom, it was impossible for him to practice the profession of an attorney because everything was subordinated to the KGB. When he was the head of President Leonid Kuchma’s (ukr. Леонід Кучма) presidential administration he prepared a political project called “Viktor Yanukovych”, however its final implementation was turned upside down by the Orange Revolution. Medvedchuk’s last task was to create a project of changing Ukrainian Constitution and to limit Presidential Powers of Viktor Yushchenko, the leader of the Orange Revolution – the project adopted by European and Russian negotiators in the last phase of the “Orange conflict”.

Nowadays Medvedchuk, Putin’s close friend and an oligarch connected with Donbass and Crimea is alongside with Kuchma, his former boss, Ukrainian Representative in Minsk Agreement. Recently he has been dealing with the exchange of prisoners. As Savchenko claims, families of Ukrainian prisoners are reaching out to Medvedchuk because he is the most effective one and he also belongs to Ukrainian nation. Medvedchuk and Savchenko answer in a similar way to the Prosecutor General of Ukraine: “We have never met” , “We have never had any contact with each other”, and they also do not say anything wrong on each other.

Medvedchuk announced that he was preparing a lawsuit against Lutsenko, the Prosecutor General for dissemination of false information about him. He claimed that in the interview for BBC Ukraine, that he did not have anything in common with Savchenko’s activity . By the way, he announced that he was going to run in the election for Verkhovna Rada. “I do not keep any statistics of my talks with Vladimir Putin and Petro Poroshenko; it is hard to say with whom I talk more often – he added – it results from my position of «informal Ambassador of Russia» “.

It turned out that one of the first results of Savchenko’s case is Medvedchuk’s return to official Ukrainian politics. The éminence grise appeared in the center of Ukrainian media attention. Alongside with him, a new ground for public, at least media discussion about the Russia-Ukraine relation has been outlined. Maybe it is just a propagandist forerunner of political changes, at least in the conflict in Donbass.