The Russian Sword of Damocles over Ukraine

Kiev warns that Russia can openly attack Ukraine. The incident in the Kerch Strait was supposed to be a prelude testing the reaction of the West. President Petro Poroshenko talks about the intense presence of Russian forces by the Ukrainian border. The same is said by Chief of the General Staff Viktor Muzhenko. The so-called Pryazovia, which refers to regions stretching along the coastline of the Sea of Azov, from Donbas to the Crimea is supposed to be the aim. The Kremlin denies, but the fact is that the forces deployed near the borders with Ukraine are much more considerable than the military potential of Ukraine. 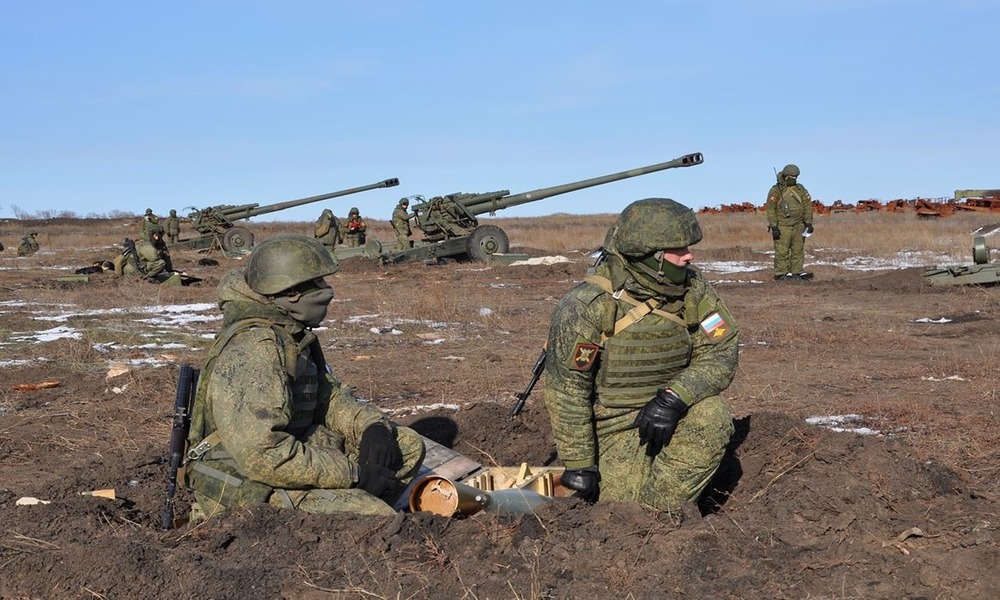 While imposing the martial law on ten the most endangered oblasts in Ukraine, President Petro Poroshenko cited the data collected by the intelligence about the possible offensive of the Russian or pro-Russian forces in the southern flank of the front in Donbas aiming to take control over Mariupol and Berdyansk. Such an offensive would allow Moscow to reach two goals: establish a land connection with the Crimea and make the Sea of Azov “a Russian lake”. Later, Kiev gave specific alarming information about the concentration of Russian forces by the border. Regardless of whether the information is true and regardless of the real intention of Moscow (it is rather unlikely that it would decide on an open war), the growing military advantage of Russia is a fact – but it majorly results from the general development of the military potential towards the western direction where NATO is a strategic opponent.

By the eastern Ukrainian border, the grouping of the 20th Guards Army of the Western Military District, among others, the 144th Guards Motor Rifle Division, the 3rd Motor Rifle Division and the 1st Independent Guards Tank Brigade are deployed. In the south-eastern part of the border, the 150th Motor Rifle Division of the 8th Army of the Southern Military District is deployed. If necessary, these troops can be reinforced by the 1st Guards Tank Army and mobile units of the airborne forces. On the Ukrainian side, there are even twenty general military brigades but they are mainly bound with the conflict in Donbas and use old Soviet equipment. Additionally, Russia has an overwhelming advantage in the air. The disproportion of power in the region of the Black Sea and the Sea of Azov is even bigger. The Black Sea Fleet has recently been reinforced by Admiral Makarov, Admiral Grigorovich and Admiral Essen and six diesel-electric submarines. All these vessels are armed with modern Kalibr missiles with a reach of over 2000 kilometres. The Crimea was turned into a real Russian fortress. The 22nd Army Corps which consists of general and artillery units was established there. A naval infantry and airborne forces are present there as well. An anti-aircraft division armed with the most modern S-400 and Pancyr missile systems as well as a division of air forces were deployed in the Crimea. Additionally, Bal and Bastion coastal missile system which can destroy aims located even 200 kilometres from the Crimea. Currently, the Ukrainian navy consists of only one frigate Hetman Sahaydachniy, one landing craft, 13 boats and a certain number of supporting units.