As what Moscow refers to as a “special operation” in Ukraine enters a new stage, Moscow has to lower expectations. Russian forces failed to target Ukraine from many sides and toppled the government in Kyiv. Then troops withdrew from Ukraine’s north and northeast to amass forces before the Donbas operation. The Russians remain far from occupying the eastern Ukrainian region. What it now seems is that Moscow is pushing to claim the region at any price and then suggest a truce. This is bad news for Ukraine. That is why the Ukrainian military now fiercely defends some chunks of the Luhansk region with Severodonetsk and the Donetsk region where both Sloviansk and Kramatorsk are located. 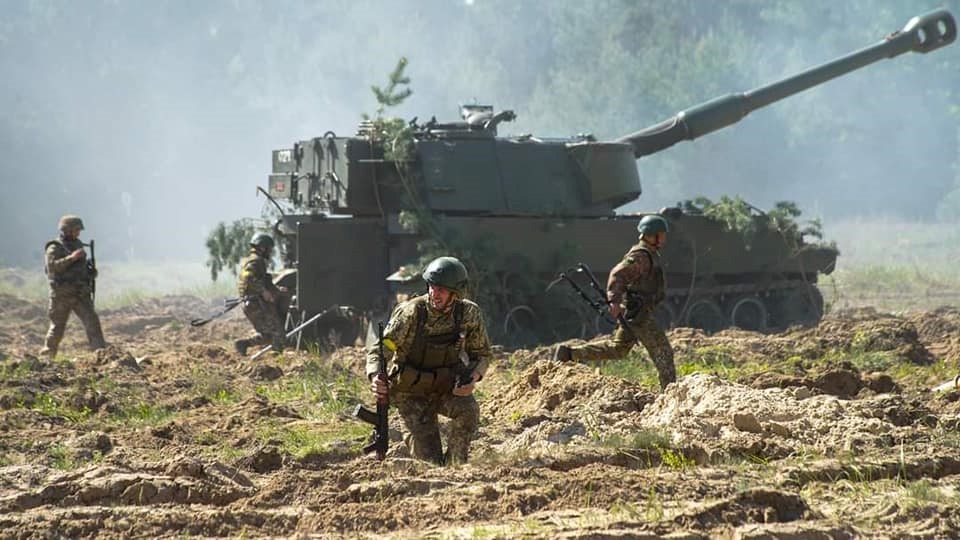 The situation in the eastern Ukrainian city of Severodonetsk mirrors that in Mariupol while the giant Azot chemical plant is likely to become the site of a weeks-long siege similar to the Azovstal steel complex. Ukrainian military reports heavy fighting in the battle for Severodonetsk, but the Russians are likely to win an advantage there. Ukrainian forces are fiercely opposing the enemy to slow it down not by days, but by weeks. Just as the fighting in the besieged Azovstal steel plant made some Russian troops busy, the fighting in Severodonetsk engages considerable forces in Donbas. In addition to this section plus some offensive efforts towards Popasna, Izium, or Lyman, Russian troops are forced to take defensive positions from Ukraine’s Kherson and Zaporizhia in the south and Kharkiv in the east. There are some political considerations, too. As Russia’s failed attempt to storm the Azovstal steel plant, now the fighting of Severodonetsk shows Russia’s being efficient in artillery attacks and enjoying a better tactical position, which is now the case for the Donbas operation. Otherwise, Russian forces feel helpless. Possibly after pushing Ukrainian troops out of the Luhansk and then Donetsk regions, the authorities in Moscow will decide to freeze the war for some time. A week-long campaign could ensue given how efficient Ukrainian soldiers are in Donbas. Russian forces are in a hurry to claim Severodonetsk until June 10, according to what the Kremlin wants. The Ukrainian military receives more weapons from Western nations, varying from tanks to missile systems. Now Russia has more heavy weapons but Ukraine is soon bound to receive Western-made artillery pieces, including M777 howitzers. But what raises more concern in Moscow is that the United States will supply Ukraine with M142 High Mobility Artillery Rocket Systems (HIMARS), which have a range of 70 kilometers. The systems are to help Ukrainian troops strike Russian artillery that is now fixed permanently to strike Ukrainian positions in Donbas. So Russia will push for a successful struggle in Severodonetsk. The Russian advance from Izium to Sloviansk and from Popasna to Bakhmut towards the rear of the Ukrainian army is intended to make Ukrainians retreat towards Sloviansk and Kramatorsk. Russia would thus spare itself from weeks-long fighting and efforts to push the enemy to the west. Time matters for the Kremlin. Russia has no resources to wage a months-long war. After seizing Donbas, the Kremlin seeks to cease the offensive, suggest a truce (with some German and French help), and consolidate power across the occupied territories before eventually resuming war. The truce would be beneficial to the Russian economy as Russian officials expect that it would ease some of the sanctions the West had imposed on the country.