A Russian Game with the New President of Ukraine

The victory of Volodymyr Zelensky in the presidential elections in Ukraine is a better piece of news for Moscow than the possible re-election of Petro Poroshenko. From the Kremlin’s point of view, the current president is “a party of war” and the future one is an unknown. Even though Moscow is cautious about the situation in Kiev, it is visible that they are hoping for a new beginning of the relations with Ukraine. And Russians have already started setting the cooperation with Zelensky. On the one hand, they introduced sanctions on oil and fuel export to Ukraine and suggested giving Russian passports to residents of the occupied part of Donbas, and on the other, they said they were ready to talk. 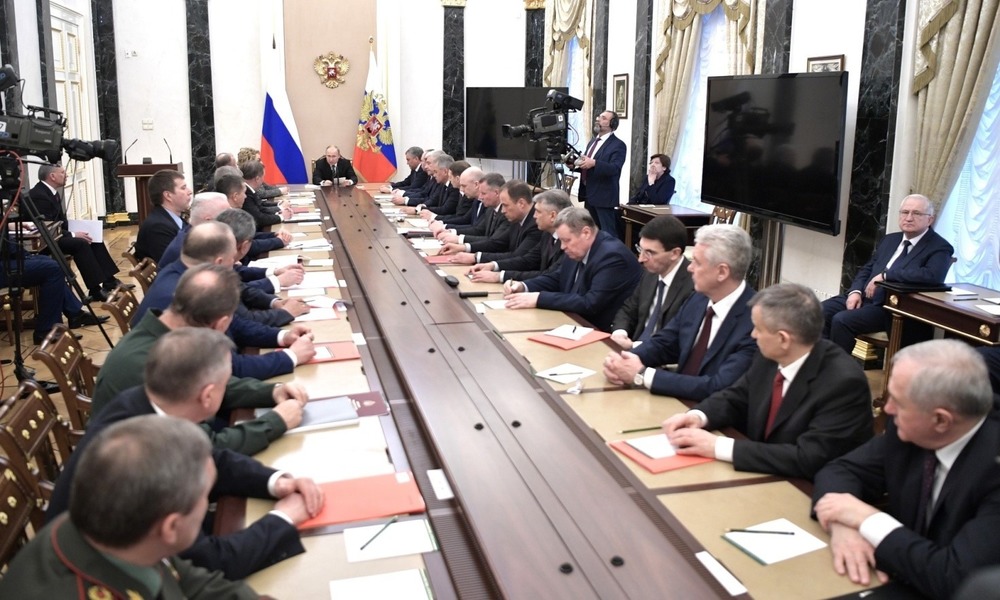 The day after the second round of elections in Ukraine separatists in the front line in Donbas intensified the rage – one Ukrainian soldier died and one was injured. This is how Moscow is exerting pressure on the president-elect as one of the most important promises of Zelensky is to establish permanent peace and to cease bloodshed in Donbas. Moscow is implying the new leader of Ukraine that he should begin the negotiations as soon as possible. That is to do what Poroshenko refused to. The initial condition of the Kremlin is clear: Kiev has to consider separatists as partners for talks. Will Zelensky agree on that? His opponents are warning and publicising the mistake of the candidate during the only direct confrontation of Zelensky and Poroshenko several days before the voting when the rival of the current president called the separatists “insurgents”.

When the election results were published, Zelensky announced “an information war aiming to cease fights in Donbas” and recognised the release of captives taken by the opponent as a priority. It is difficult to realise how “the information war” should end the war in Donbas as Moscow is a key factor here. And this concerns the issue of Ukrainian captives even more. Zelensky informed that he was meeting with parents of Ukrainian sailors who were taken captive by Russians last November in the area of the Kerch Strait. What is interesting, three days before the issue of sailors was touched also by the spokesman of the Kremlin. Dmitry Peskov did not exclude the possibility of releasing the captives. He added that Viktor Medvedchuk was responsible for this case. This is another proof that Moscow made him its main political representative in Ukraine. Zelensky criticised Poroshenko for allowing Medvedchuk to conduct negotiations with Russians about the exchange of captives; now it may turn out that he will be forced to do the same – because Moscow is clearly pointing the mediator. In any case, it is Medvedchuk (the candidate from his party Yuri Boyko was fourth in the elections) who stated before the second round of elections that Zelensky might lead to the end of the war in Donbas and this process would take several months. But it is obvious that the president-elect would have to agree on Russian conditions. The question is whether or not the political new rich (especially in international politics) will fall into the trap? For sure, his presidency is a chance for the Kremlin to realise the so-called Surkov’s plan. What is it about? Kiev regains the formal authority over the occupied part of Donbas but the region receives great autonomy and is controlled by people chosen by Russia and loyal to Russia in the first place. Then, Donbas would burden the Ukrainian budget and would have an influence on the politics of Ukraine. The participation in elections of the local residents and elites would mean the presence of a strong pro-Russian faction in the Ukrainian parliament. This would block the attempt of Ukrainians to join NATO and the EU forever. Kiev is aware of such a threat but it is not known whether Zelensky will make a populist move and accept this option. Then, he would be able to tell his electorate that he fulfilled his most important promise: ended the war. Moscow is counting on such a scenario. By taking several hostile steps it only increased the price of the negotiations with Zelensky. Putin is hoping to outplay the new President of Ukraine. This is why PM Dmitry Medvedev announced that the improvement of relations entails “a pragmatic approach”, the Deputy Minister of Foreign Affairs Grigory Karasin pointed out that Ukrainians voted for a change and spokeswoman of Ministry of Foreign Affairs Maria Zakharova wrote in the Sunday evening on Facebook that “Ukraine has a chance to reset”.